1Here we go, ladies and gentleman: the Monster Energy 2011 United States Grand Prix is here. Round three of the FIM Motocross World Championship takes place this weekend at Glen Helen Raceway in San Bernardino, California, and flying in from across the globe for the event will be the top GP riders and their proud fans. Last year was the first USGP in over a decade and, by most accounts, it was anything but a commercial success. With fan attendance at an all-time low, the fans that did come were treated to great racing and abnormally comfortable viewing. This year, though—just based on what we have been hearing through the grapevine—Glen Helen should have more fans on hand to witness what is always an incredibly competitive series. Just imagine, though, what the lanscape would look like if all the top Americans showed up.

Update: 5/13 11:47 a.m.
Yesterday, South Point Casino put up a $100,000 challenge to all American riders: win the GP, and the money is yours! This could bring a couple of the “red, white and blue” hopefuls out to Glen Helen. At this point, there’s no way of knowing if any top Americans will accept the challenge, but we will keep you updated as we hear of any changes.

Heading into round three of the 2011 MX2 World Championship series, the German sensation Ken Roczen is the proud holder of the coveted red plate. The Red Bull/KTM teenager comes into Glen Helen with an eight-point lead in the series over his teammate Jeffrey Herlings and a clear advantage over most of his GP counterparts. Ken, unlike most of the other GP riders, has spent the better part of 2011 on this side of the pond. You can be sure that he is very acclimated to Southern California weather and has done more than his fair share of testing on the Glen Helen circuit. Ken also comes to the USGP fresh off his first SX win just four hours north on Interstate 15 in Las Vegas. The man they call “Kid Rocz” has had one heck of a U.S. experience thus far, and we expect him to look to impress at the GP this weekend.

The other teenager in the MX2 class is Ken’s Red Bull/KTM teammate and the winner of the last GP in the Netherlands. Jeffrey Herlings not only won in the sand of Valkenswaard, he absolutely put a whooping on the field. In the first heat, Jeffrey got out front early and walked away for an easy 37-second romp, while in heat two, things didn’t go so easy for the young Dutchman. Early in heat two, Jeffrey swapped out bad in the sand, sending him down hard, but after remounting, would hunt down Roczen, pass him and walk away for the 1-1 score on the day. Combine that with his third place at round one in Bulgaria and he sits just eight points away from acquiring the red plate before the series heads to Brazil for round four.

Third place in the MX2 World Championship fight is a very familiar face to AMA motocross fans. The Englishman Tommy Searle spent two years contesting the AMA circuit, but has since returned to Europe to take a shot at his first-ever World Championship. Tommy was the vice World Champion behind Tyla Rattray back in 2008 and is looking to improve one spot in 2011. So far this season, the Pro Circuit/CLS/Kawasaki rider has been just a tick off the two teenage KTM riders, but with his Glen Helen experience, he may be able to close that gap this weekend.

Making his return to GP racing—and sporting the number one for the powerhouse Red Bull/KTM—will be the French, two-time MX2 World Champ. Marvin Musquin won his second MX2 title in 2010 and was heading to the US for SX before an off-season incident blew out his ACL and sidelined him for the SX season. Fresh off knee reconstruction, Marvin will make his return to racing at the USGP to get ready for round one of the AMA series next week at Hangtown. From all reports, Marvin has looked like the Marvin of old in testing, and there is no reason for us to believe he won’t be a factor for the podium in his first race back. The great memories of his dominating USGP performance last year are probably still very fresh in the mind of this defending World Champ.

While there are a few U.S. riders that we know will be making an appearance at the USGP, the U.S.’s best chance at the win probably comes from MX2 GP regular Zach Osborne. The Bike-it/Cosworth/Yamaha rider has been America’s only hope in the last few years for GP wins and possible titles. So far this season, Zach has been consistent with a fifth overall at round one and an eighth overall at round two, but he has not quite been on pace with the top three guys. Last year at the USGP, Zach used the hometown vibe to carry him to a solid second overall, and hopes are that he can use this race this year to grab some badly needed momentum.

In the MX1 class, the battle for supremacy is as hot as ever. With the defending champ Red Bull/Teka/KTM’s Antonio Cairoli nursing a nagging knee injury—and with a list of hungry title contenders in the mix—there really is no clear favorite. One of the hungriest of these title contenders is MX1 Rookie Steven Frossard. The young Frenchman heads to Glen Helen firmly grasping onto the red plate after two back-to-back, solid performances in the first two GP’s. After a second in Bulgaria and a solid fourth in the sand at the GP of the Netherlands, the Monster Energy/Yamaha pilot carries a five-point lead into round three. In 2010, Steven looked very comfortable on the extremely fast Glen Helen circuit, so you can expect that 2011 will be no different.

Just five points behind Frossard in the Championship is Max Nagl. Max made a big move this year switching from the KTM 450 to the KTM 350, and it looks to be paying off for the Red Bull/Teka/KTM rider. With a fourth at round one and a second overall at round two, Max is off to—as they say over in GP land—a cracking start to the season. Last year at the Glen Helen USGP, Max seemed completely at home on the track. In heat one, he rode well to a podium finish, but in heat two he had to retire after getting track banners stuck in his tire. Max is coming into Glen Helen this year fresh off a heat win at the last round, and you can expect him to use that momentum to try and win his first overall GP this weekend.

Third place in the MX1 World Championship title chase is the young Belgian warrior Clement Desalle. After winning of the first GP of the year, Clement had a rough time at round two. Watching the Rockstar/Suzuki rider in Valkenswaard, it was clear to see that he just wanted to get through the race safely. Well, Clement did accomplish that. He rode two very conservative heats, finished sixth overall, and left the red plate behind. As the series now heads to a place where Clement is much more comfortable, we look for him to do all he can to wrestle that red plate back from the man he surrendered it to a few weeks back. Last year, he went 5-2 for a podium finish at the USGP, and with his expected future American bosses stationed in California, don’t be too surprised to see Clement leave it all on the track as he tries to get that second GP win of 2011.

There is absolutely no way to preview a GP without talking about the four-time—and defending MX1—World Champion, Antonio Cairoli. Not only is the Red Bull/Teka/KTM superstar the defending series champ, he is also the defending USGP champ from a year ago. Cairoli flat out flew last year on the Glen Helen circuit, and when it was all said and done, he went 1-3 for the overall GP win. This year, Cairoli has been nursing a knee injury he picked up at round one in Bulgaria. He came down a bit sideways off a jump, stuck his foot down wrong and strained the knee. After finishing an uninspired ninth in the opener, he would tough it out at round two in the sand. By the end of two grueling, 40-minute heats in the sand, the injured Cairoli would leave Valkenswaard with the GP win and move up to fourth in the points. We expected nothing less from the man that has been called a maniac in the sand, and we expect nothing less this weekend at the USGP.

Usually at this point, we would highlight the AMA wildcards that are entering the MX1 GP, but similarly to last year, the top U.S. riders look to be sitting out the USGP. Last year’s second place overall, Mike Alessi, was slated to race, but hit his head pretty hard last week at the Vegas SX and is questionable at best. There have been rumors that Chad Reed may use Glen Helen as a tune-up to prepare his new Factory Honda for Hangtown, but there is no solid word yet. The only confirmed Americans at this point are Christian Craig, Weston Peick, Sean Borkenhagen, Clayton Miller and Michael Sleeter. While I applaud and will certainly be cheering our American contingent on, it would be nice to see the names on the back of the jerseys read Villopoto, Dungey and Stewart. A whole book could be written on the lack of interest in this great race, but I’ll leave that for another time and just say good luck to all that do show up!

While we only previewed the favorites and top point earners, thus far in 2011 there is a long list of guys that can step up on any given day to win. Here’s a link to a photo gallery and GP World Championship points for 2011, and below is a pre-entry list to the Monster Energy USGP.

Be sure to follow @dandunes818 and @motoxaddictscom for all things MX/SX and race updates throughout the weekend. 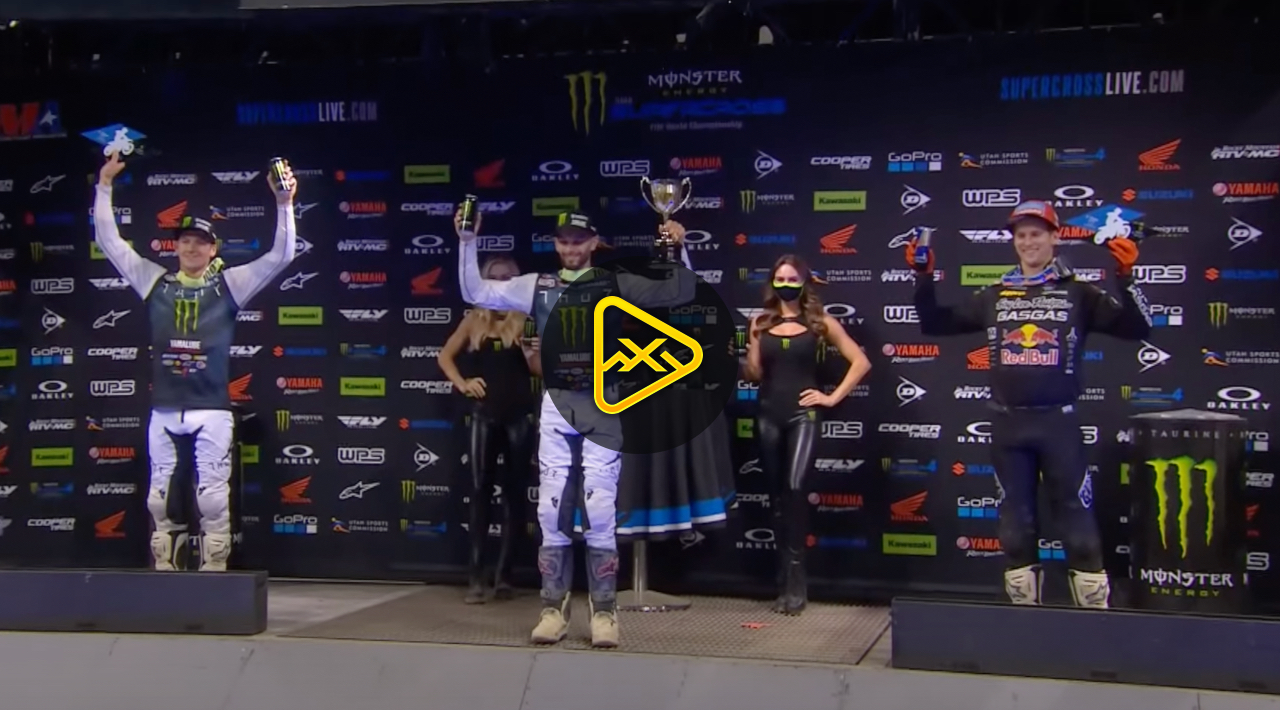 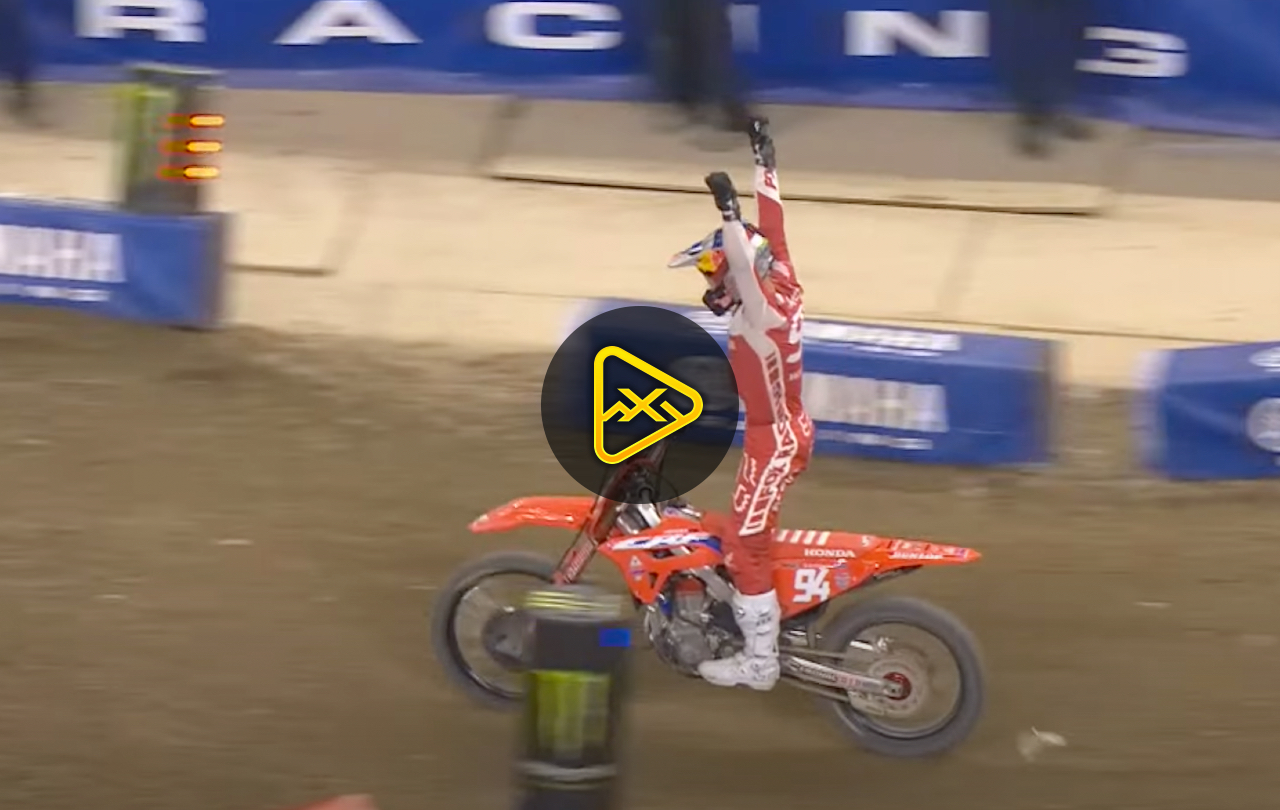