Round number seven of the 2012 Monster Energy AMA Supercross, an FIM World Championship, went east to Arlington, Texas for the Dallas Supercross. Heading into Arlington, two men at the top of the Supercross Class points-chase had begun to separate themselves from the field, but only one would finish the Main Event on Saturday night. The sport of Supercross can be a brutal profession, and unfortunately on Saturday night, we may have lost the Australian warrior Two-Two Motorsports/Honda’s Chad Reed to injury for the season. There is no official press release out yet, but a tweet from @crtwotwo Monday morning suggests he has suffered broken ribs, a broken T-6 in his spine, a torn ACL and a fractured tibia and fibula:

In the Main Event, the Nuclear Cowboys Holeshot went to MotoConcepts-backed Mike Alessi, but Monster Energy/Kawasaki’s Ryan Villopoto and Chad Reed would blitz by the 800 and immediately check out together. Villopoto, up front, was blazing fast and setting the pace, but he was matched at every corner of every lap by Reed. The duo built themselves a sizable gap, and it looked like we were in store for another twenty-lap war between the two Champions, but the war would never come to fruition. On lap six, Chad Reed jumped into the whoop section, but a mistake sent him over the bars and down hard. Reed did get to his feet but was unable to walk, and was carried to the Asterisk medic mule and driven off the track. While Reedy got checked out at the mobile medic unit on site, Ryan Villopoto cruised in for his third-straight Main Event win and his fourth Main Event win of the 2012 season. 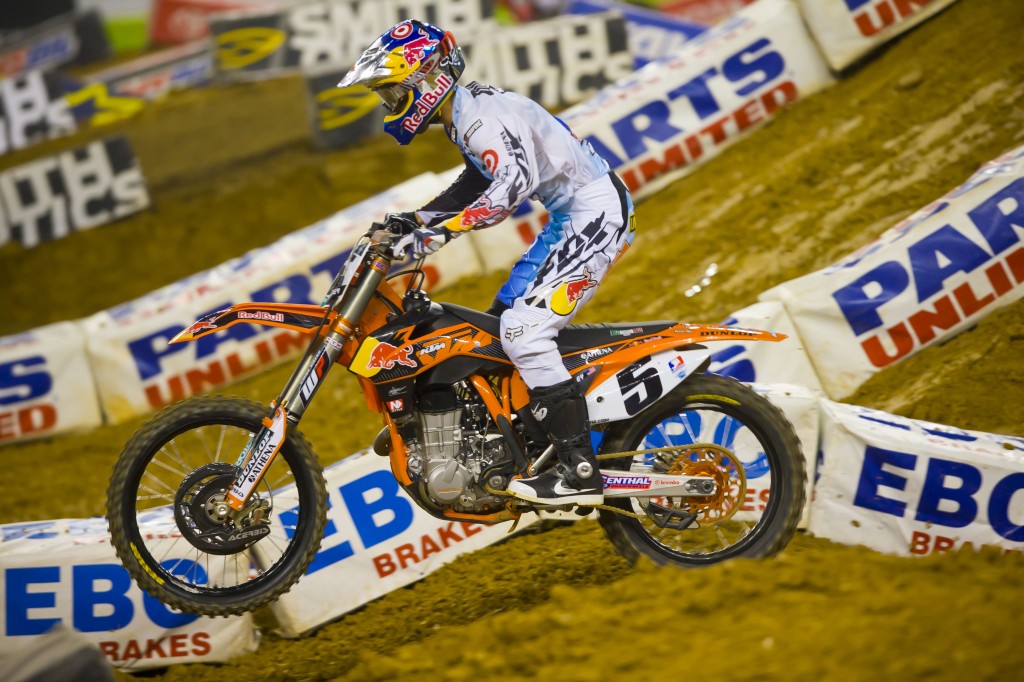 With Reed going down, Ryan Dungey now inherits second place in the 2012 race to the Supercross Championship. Photo: Hoppenworld - KTM

Over the last few weeks, Monster Energy/Kawasaki’s Jake Weimer has been on the losing side of a few very aggressive passes, and he said he was coming into Dallas with the “no more mister nice guy” attitude. Well, that must have been just what the #21 needed because Jake was on it inside Cowboy Stadium. After a third place start, inheriting second from Chad Reed’s mistake and a two-lap brawl with Red Bull/KTM’s Ryan Dungey at the end of the Main Event, Jake score his second podium of the year with a third. Jake did lose that brawl to Dungey who finished second, but it was awesome to see Jake fighting for every inch. Dungey came from a tenth place start to finish second, but with the way Jake was riding, the 2012 Supercross champ definitely had to work for it.

Finishing in fourth and fifth were two men that not many would  have predicted would ever finish in the top five in 2012: MotoConcepts-backed Mike Alessi and Hart and Huntington/Dodge-backed Josh Hansen. Both Mikey and Josh came into 2012 under the radar, but both have brought 100% to every event, and their results are now putting that on display. Mike’s fourth is his best finish of 2012, and Josh’s fifth is his second-straight fifth place finish in a row.

Finishing sixth in the Main Event was Joe Gibbs Racing/Yamaha rider James Stewart. After a mediocre seventh place start, James was moving forward, but on lap three, his teammate Davi Millsaps went down and collected him in the crash. James did not go down, but even worse, he stalled his bike and could not get it fired up. He did finally get going, but by the time he got his bike fired up, he was all the way back in nineteenth. While James has made a lot of mistakes in 2012, to his credit, he has not given up. The number 7 put his head down and charged all the way to finish sixth. 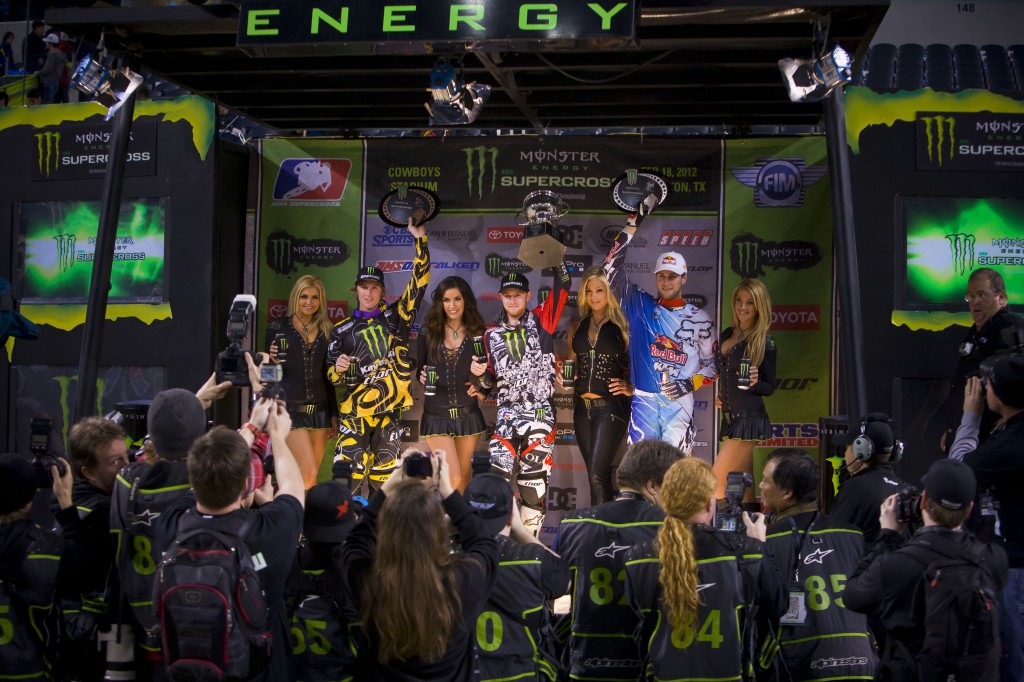