The RCH/Dodge/Sycuan Casino/Suzuki Racing Team—formerly the Hart and Huntington team—had what is becoming their yearly intro party at the Sycuan Casino Tuesday night. If there is one team that knows how to throw a party and show off their riders and sponsors, it is the RCH squad. The party was open to the public, and they brought out Jeremy “Twitch” Stenberg, Lancy Coury, Bobby Lee and Mike Mason for a Freestyle show in the parking lot and had Josh Hill and Broc Tickle in the house to sign autographs for the fans. By all accounts, the party was a good time, and you can take in some of the festivities thanks to this video from Ron Cook Media.

Carey Hart and RCH Motocross at Sycuan from Ron Cook Media on Vimeo.

Highlights of some of the festivities at the RCH intro from the Sycuan Casino. 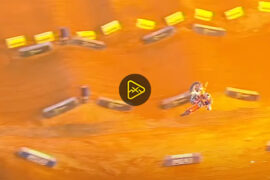 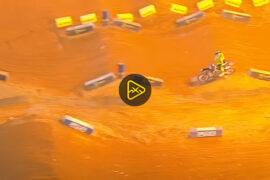 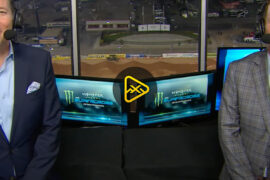 After the Checkered Flag – Atlanta 2 SX