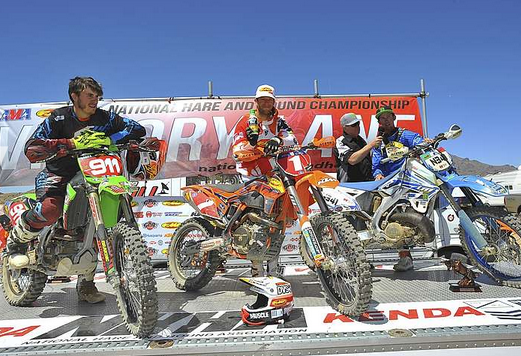 Lucerne Valley, CA – Factory FMF/KTM rider Kurt Caselli won the fourth round of the AMA National Hare & Hound Series held in the desert of Lucerne Valley to capture his second win of the 2013 season.
Caselli got a great jump off the start line and was sitting in second position as the riders ended the bomb run. He trailed the lead rider for the first 10 miles of the race before he made a pass to take over the lead. Caselli never looked back and went on to take the overall win by five minutes over the second place finisher.

“It was a 100 mile race today,” commented Caselli. “I knew that meant that we would be riding for close to three hours so I took it easy on the first loop and tried not to overdo it. By the time I got in the lead I was able to ride relaxed and really enjoyed the second and third loop. This season started off pretty inconsistent for me and I am happy to have two back to back wins.”

Caselli’s teammates, Ivan Ramirez and Toby Price, were not as fortunate with their results this weekend. Price suffered a serious crash early in the race and had to be flown to the nearby hospital. He sustained a broken neck and will undergo surgery this week. Ramirez was sitting inside the top five for most of the race before he rode off course and got turned around. He lost valuable time during that mistake. When he returned to the correct loop he was able to make up some time and eventually finished 15th overall. 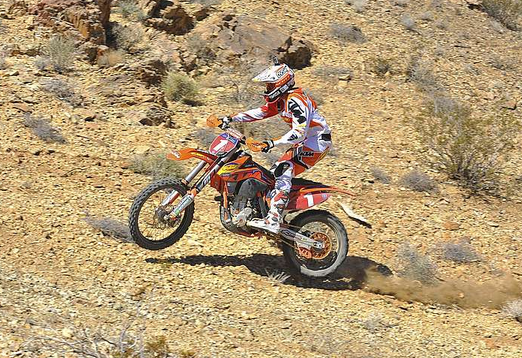 “Our thoughts and prayers are with Toby and his family,” stated Caselli. “He is one of the toughest guys I know. He is very strong and will pull through this but we know it will be a long road to recovery and we wish him the best.”

Now four rounds into the series, Caselli moves into the championship point lead. He currently holds a three point lead. 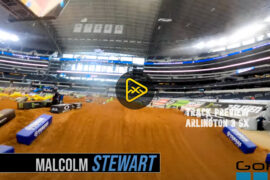 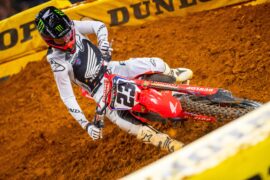