Red Bull KTM Factory rider Ken Roczen took his second career 450SX victory in front of a sold out Georgia Dome crowd at the eighth round of the Monster Energy Supercross Series. Making it a sweeter night for the Red Bull KTM Factory Team, Ryan Dungey joined Roczen on the podium and gained valuable points in the championship standings with a 3rd place result in Atlanta.

The two teammates stayed as close as can be throughout the early portion of the night show when they were paired together in the first heat. It was Roczen who leaped out to a better start in 5th position while Dungey was a bit further back just above mid-pack. Roczen was able to close the gap on two riders in front of him to finish 3rd overall. Meanwhile, Dungey made a few critical passes of his own to climb up to 4th and take a transfer spot to the main event.

When the gate dropped for the main event, Roczen rounded the first corner in 3rd place while Dungey was two spots back in 5th position. On lap two, the 2nd place ride of James Stewart crashed in a right-hand corner allowing both Roczen and Dungey to move up one position. Once in 2nd place, Roczen began to close-in on the lead ride of Mike Alessi. 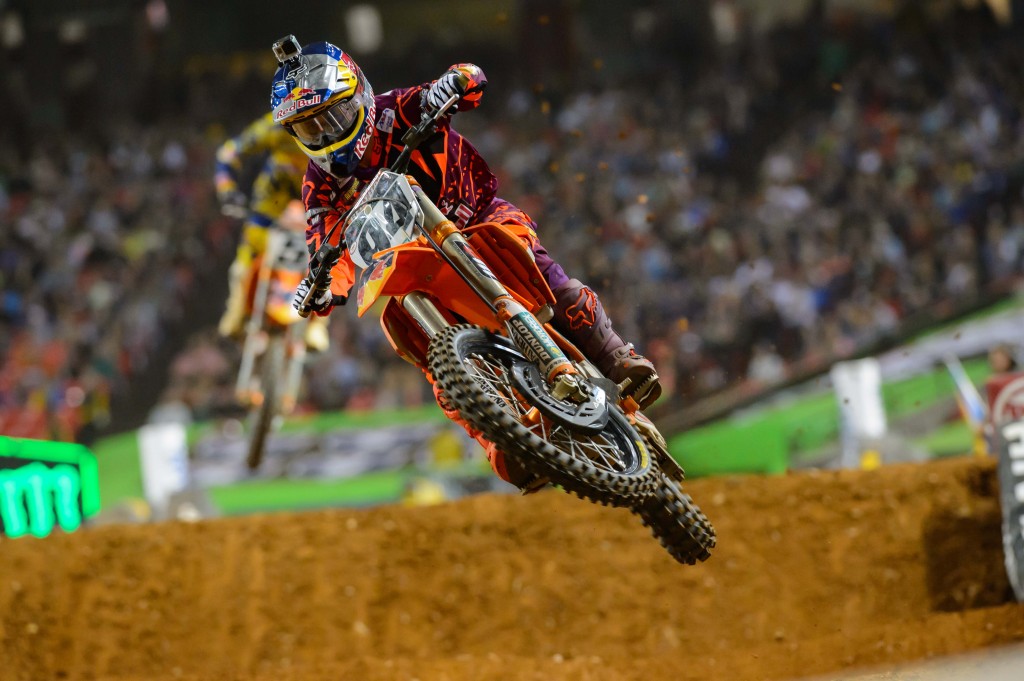 Three laps later, Roczen missed a triple jump allowing the 3rd place ride of Ryan Villopoto to move around him. Roczen never let Villopoto out of his sight, and one lap later, the two of them closed the gap on Alessi and made the pass through the whoops. Dungey followed suit and made his pass right after the finish line jump of that same lap. The top three remained in close battle throughout the remainder of the race. With six laps to go, Roczen moved closer to Villopoto and began to apply pressure to take over the lead. Villopoto fell victim to the pressure and missed a triple jump allowing Roczen to jump over him to take the position.

Now in the lead, Roczen held steady and was able to hang on to cross the checkers and take his second-ever career 450SX class win. His teammate Dungey hung on to finish 3rd.

“It feels so great to get a win,” stated Roczen. “Getting on the podium is nice, but to get a win is so much better. It proves that hard work pays off. I am so happy I was able to pull it off and so thankful to my team for being behind me and building me a great bike.”

Dungey commented, “It was great that the three of us were so close but the track got really rough at the end. I tried to take a few different lines to see if I could make up some time but the track was so rough it was hard. We work hard every week to make things better and we are ready to get on the top step of the podium.” 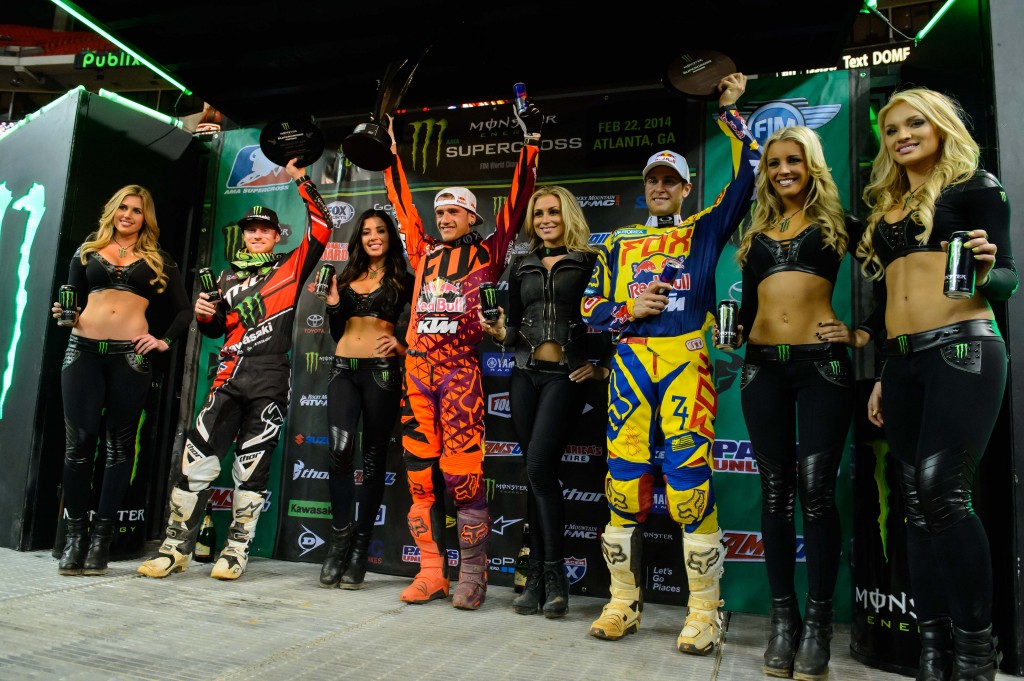 Now halfway through the season, Roczen trails Villopoto 9 points in the overall standings while Dungey sits 4th overall in the championship. 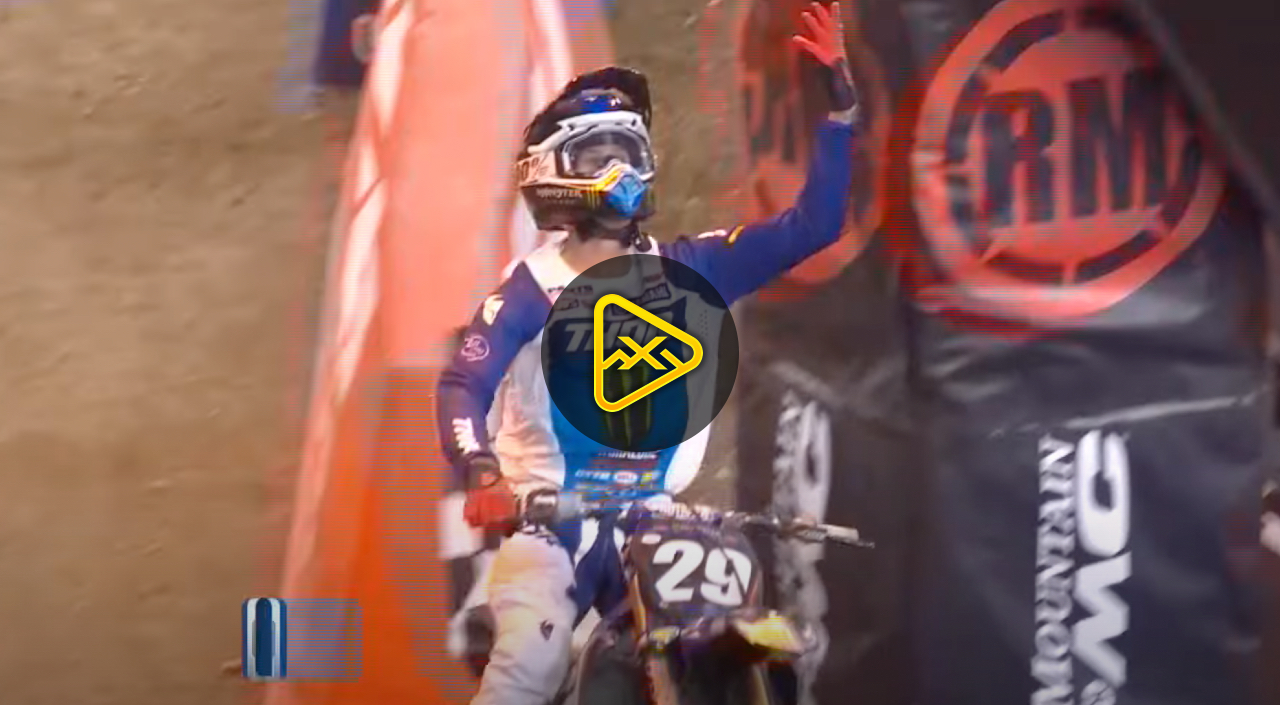