INDIANAPOLIS (March 1, 2014) – In front of 59,919 fans inside Lucas Oil Stadium, Red Bull KTM’s Ryan Dungey captured his first win of the 2014 Monster Energy AMA Supercross, an FIM World Championship, season on a night that resulted in a major shakeup in the 450SX Class standings. In the third race of the Eastern Regional 250SX Class Championship, Monster Energy/Pro Circuit/Kawasaki’s Adam Cianciarulo captured his second career victory to extend his points lead.

Smartop MotoConcepts Racing’s Mike Alessi secured the Nuclear Cowboyz® Holeshot Award to start the 20-lap 450SX Class Main Event and was followed by Dungey and GEICO Honda’s Eli Tomac. Behind them several of the championship’s leading title contenders encountered misfortune, as Monster Energy Kawasaki’s Ryan Villopoto, the 450SX Class points leader, and Red Bull KTM’s Ken Roczen, second in the standings, crashed on the start straight. Just a few feet in front of them, Team Yoshimura Suzuki’s James Stewart, third in the championship, crashed in the first turn. All three riders were able to get back on their bikes and re-enter the race at the tail end of the 22-rider field. 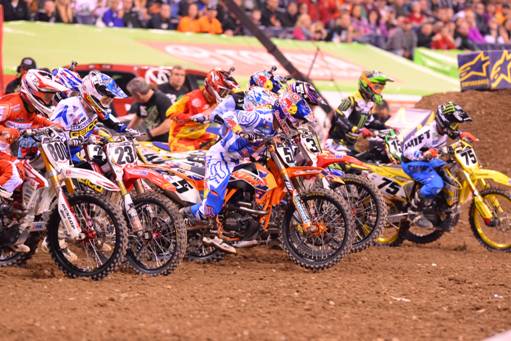 Out front Alessi had established a gap over Dungey and Tomac, but Dungey soon closed the deficit and made a pass for the lead on Lap 4. Once out front, Dungey pulled away to a comfortable margin. Tomac battled with Alessi for the runner-up spot for several laps until Alessi crashed on Lap 12. Meanwhile, Villopoto had mounted an impressive charge through the field and moved into fourth following Alessi’s crash while Roczen went down on the same lap while running eighth.

“We needed that win, it’s been a long season,” said Dungey, who became the fifth different 450SX Class winner this season. “The track got really torn up tonight, but it feels good [to get the win]. I got up front pretty early and was able to hold a good pace, and not do anything stupid. It was one of the toughest races of the season for sure. We have to keep taking [the championship] one race at a time. It’s a great series with a lot of good riders so you have to just keep plugging away.” 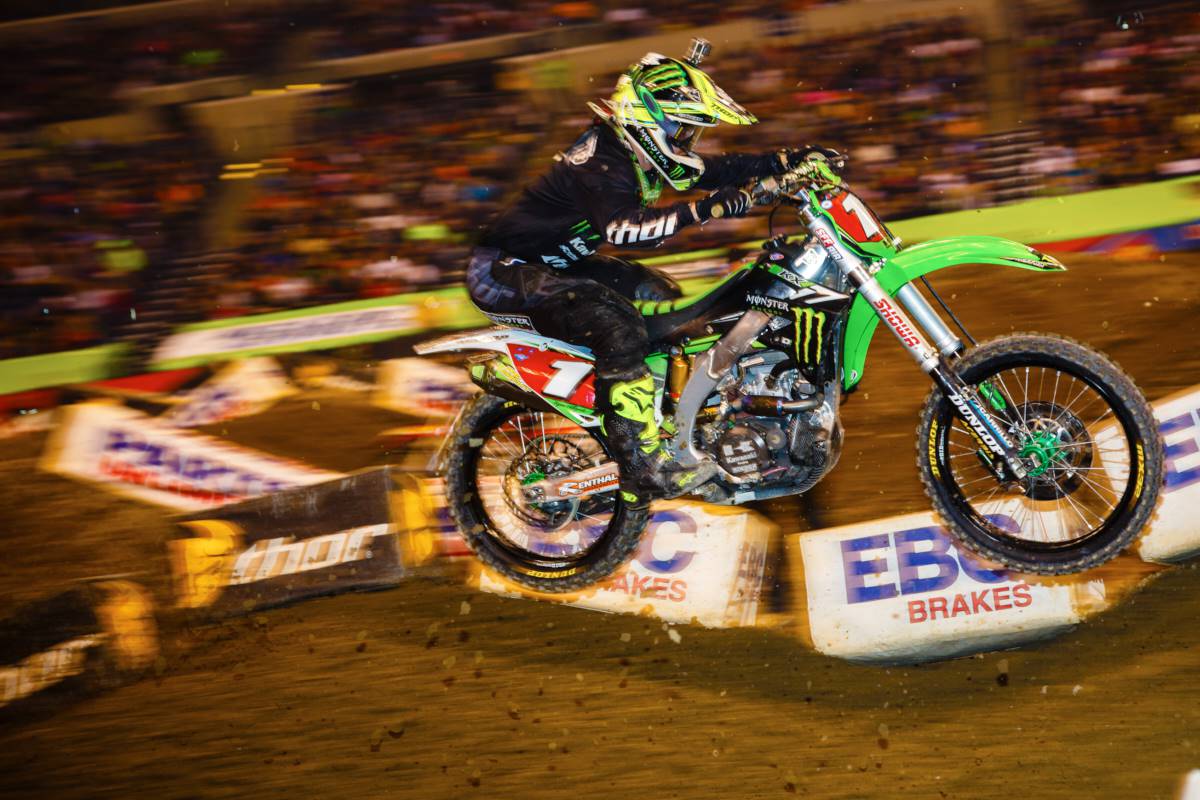 Tomac posted a career-best finish in second, as did Team Honda Muscle Milk’s Cole Seely in third in his first 450SX Class start of the season filling in for injured riders Justin Barcia and Trey Canard. Villopoto held on for fourth, with Stewart finishing seventh and Roczen 21st as a result of a DNF.

The championship standings experienced a shakeup as a result of the contenders’ various fortunes. Villopoto maintained possession of the lead, which now sits at 23 points over Dungey, who jumped from fourth to second. Roczen fell to third and faces a 26-point deficit, while Stewart dropped to fourth and is 30 points behind Villopoto. 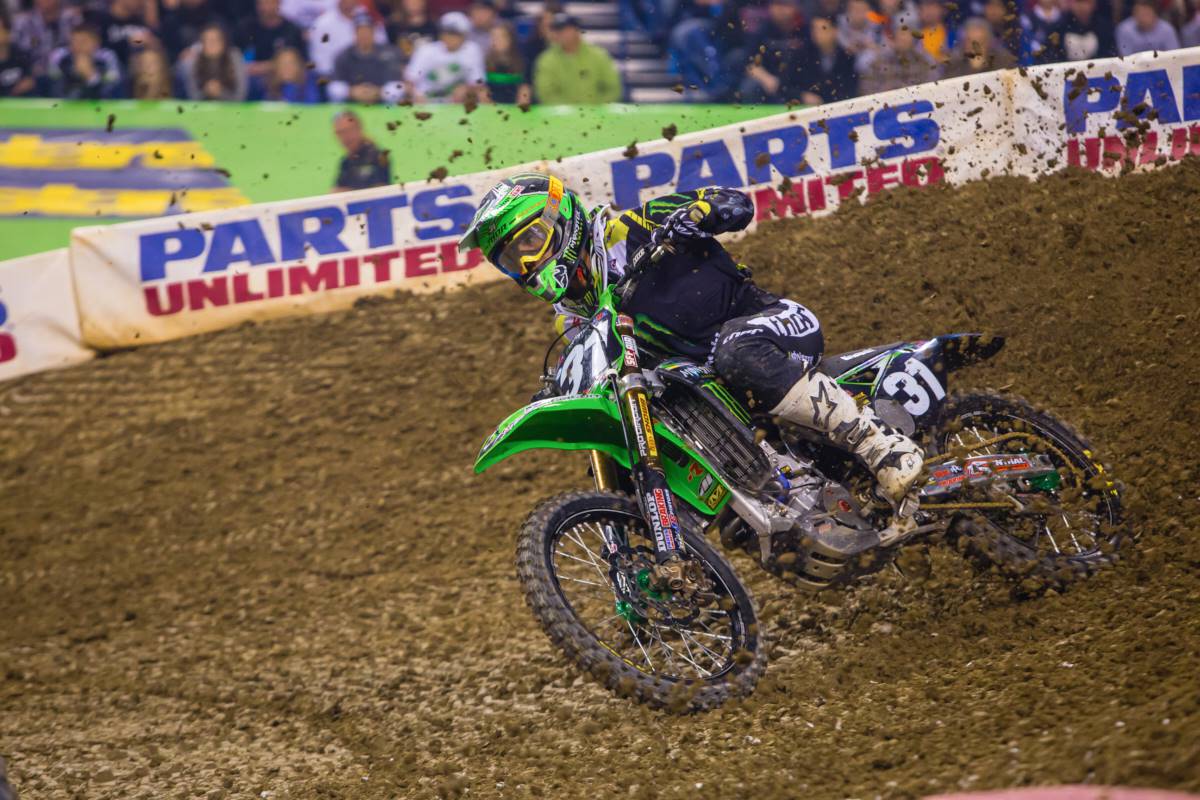 Cianciarulo opened a comfortable lead over Bisceglia, which allowed him to maintain the position despite a brief fall on Lap 7. Once back on two wheels, Cianciarulo pulled away again to win by over five seconds.

“I’m definitely happy with my ride, it was more of a smart race for me,” said Cianciarulo. “I knew the whoops would be key because they really deteriorated. I had a couple close calls early on, but was able to keep it close to Martin [Davalos]. He made a mistake and I was able to capitalize on it. I almost gave it back a little bit later, but I got back on the bike quick and kept the lead.”

Cianciarulo extended his lead in the 250SX Class Eastern Regional Championship to five points over Davalos. Bogle moved into third, 16 points out of the lead. 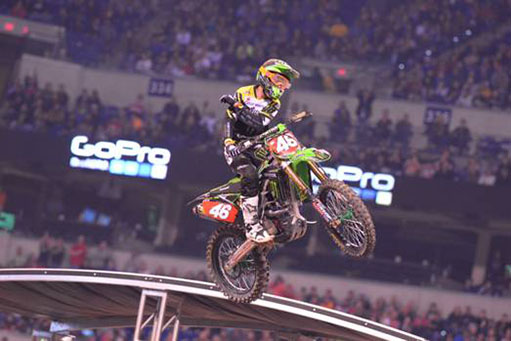 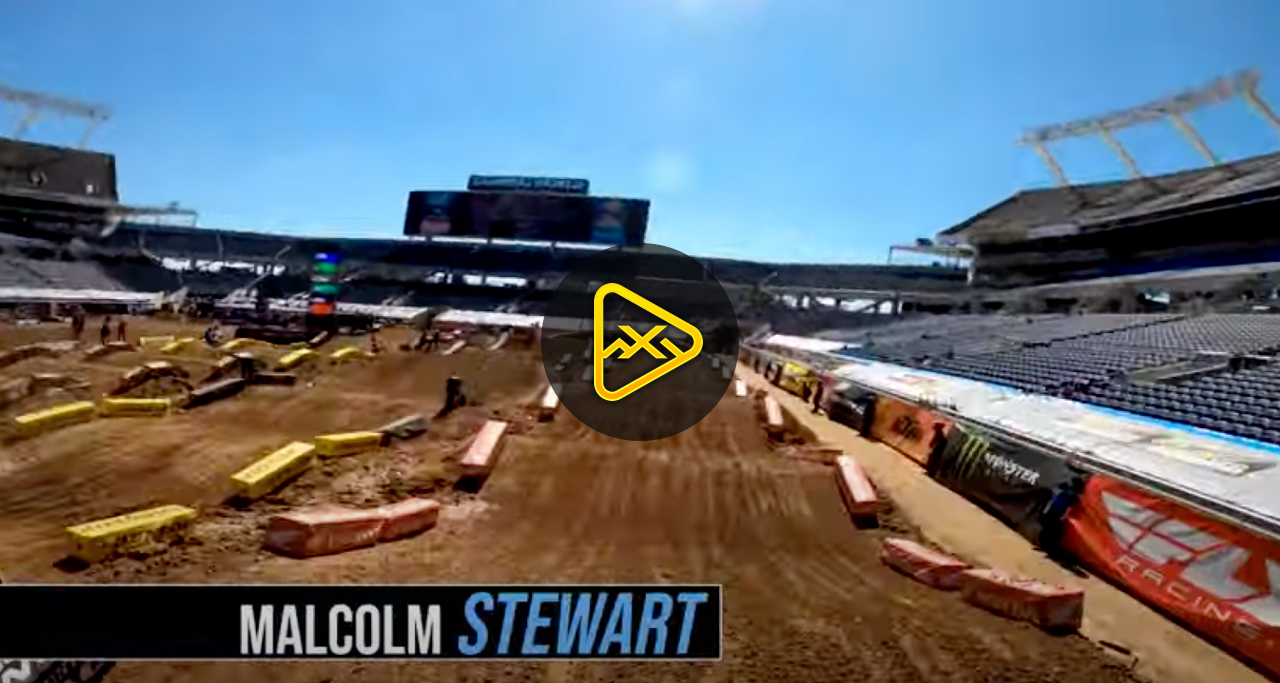 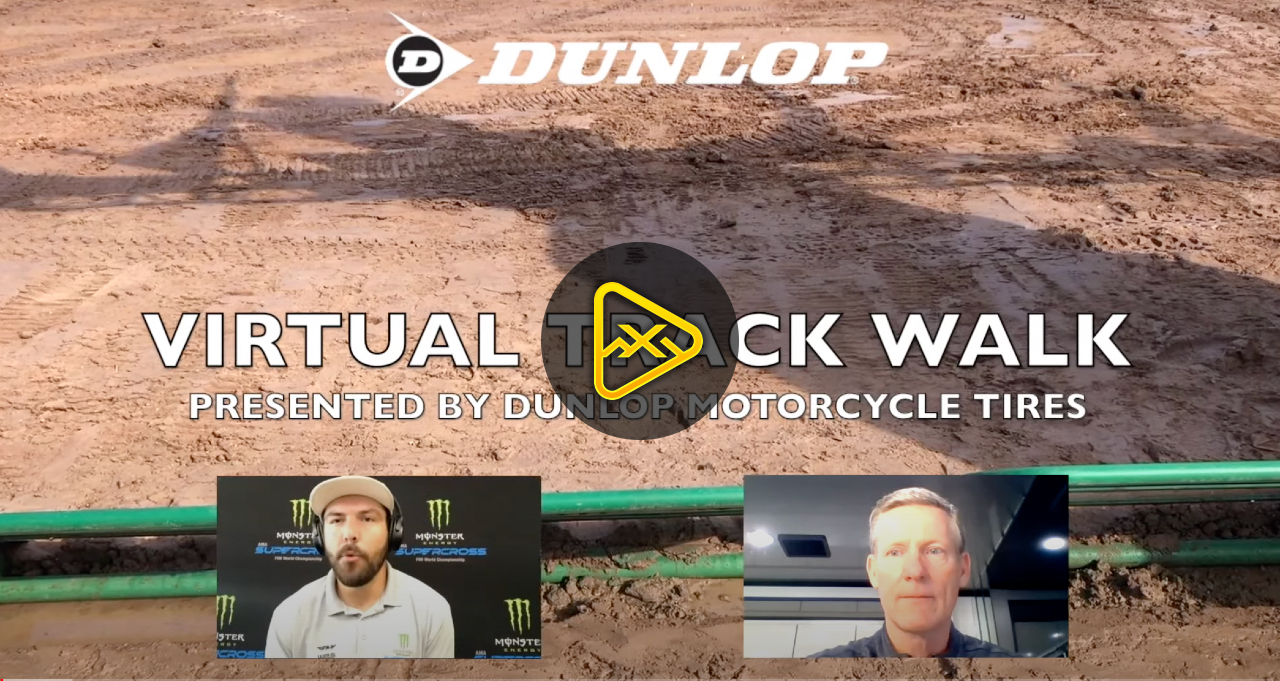