To start the 2014 Monster Energy Supercross, an FIM World Champoionship series, the 450SX class was short two top-tier superstars of the sport: Rockstar Energy Racing/KTM’s Davi Milsaps and MuscleMilk/Honda’s Trey Canard. Both went out while training for Anaheim 1, and since then, the battle of attrition has also taken out Discount Tire Racing’s Chad Reed, GEICO/Honda’s Eli Tomac, Monster/Kawasaki’s Jake Weimer, JGR/Yamaha’s Josh Grant and, most recently, RCH/Suzuki’s Broc Tickle. This week, though, we will finally see the return of the very likable and extremely talented Trey Canard at the 2014 St. Louis SX.

Since lighting the world on fire with five podiums and three wins back in 2011 during his 450SX rookie campaign, the Oklahoman has unfortunately spent more time in the hospital and recovering, than on the track. At the end of the 2011 SX season—while in the thick of the 450SX Championship conversation—Trey broke his femur while preparing for the 2011 outdoor nationals. Since then, the #41 has re-broke his femur, broken his back in three places, broken his collarbone, and in December of 2013, he broke his arm leading up to A1. It has been a brutal three years for Trey, but hopefully he can put it all behind him both physically and mentally. While Trey is physically healed now, with every injury, the mental part usually becomes the biggest roadblock when moving forward. 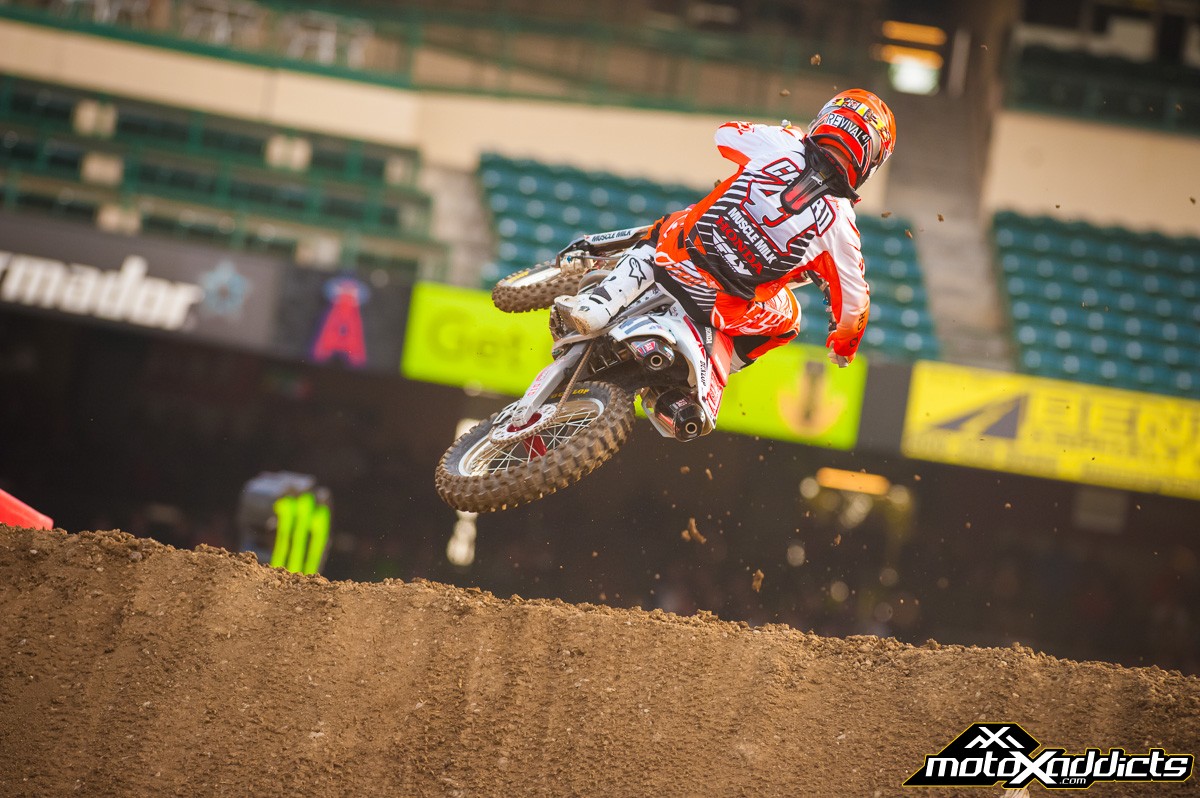 Trey got married since we last saw him at the race track. Photo by: Hoppenworld

How will Trey do in St. Louis and beyond? That is a tough question to answer and one that really depends on the mental side of Trey’s recovery. With a rider like Trey, speed will never be the issue, but being confident enough to go that speed can be. The last time we saw Trey, he was grabbing podiums in the 2013 Lucas Oil Pro Motocross Championship, and during the 2013 Monster Energy Supercross, he landed on the podium three times. While Trey showed flashes of his old self in 2013, it was apparent that he might still be struggling with riding on that all-important edge. My early predictions, though, put the #41 just inside the top-ten with top-five potential at the last couple of rounds. Last year, Trey finished 6th in St. Louis, and it would not surprise me to see him in that range on Saturday night. Come outdoors, I think he may just shock us all. 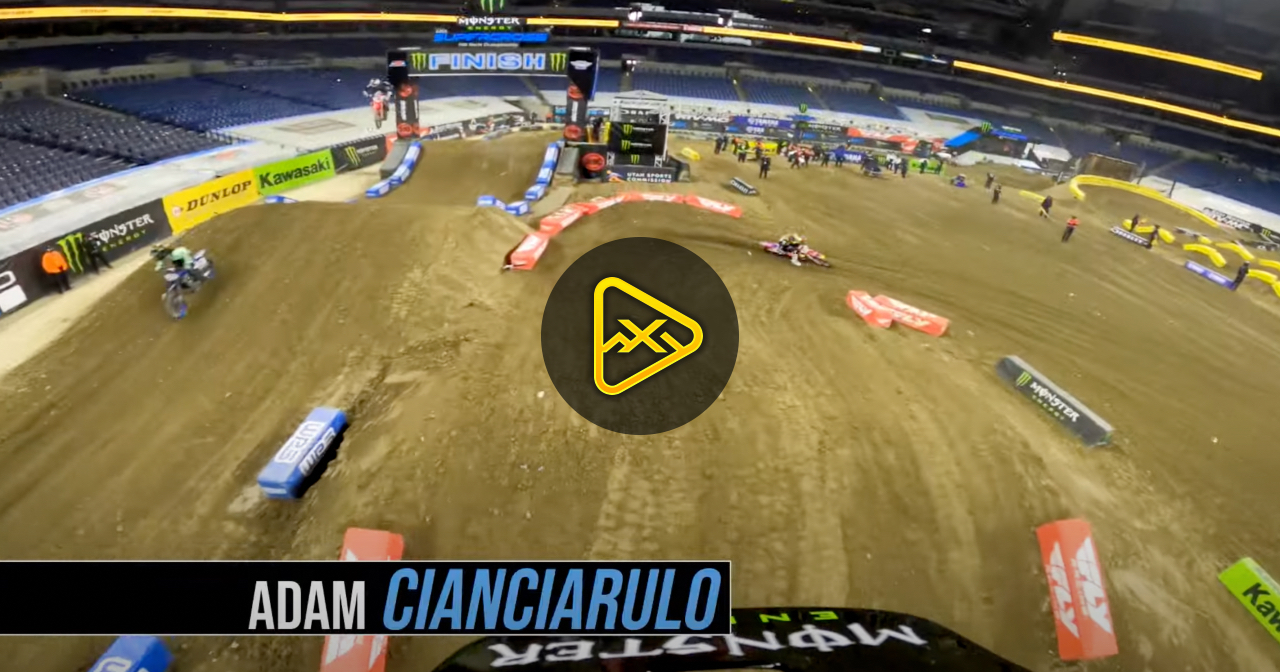 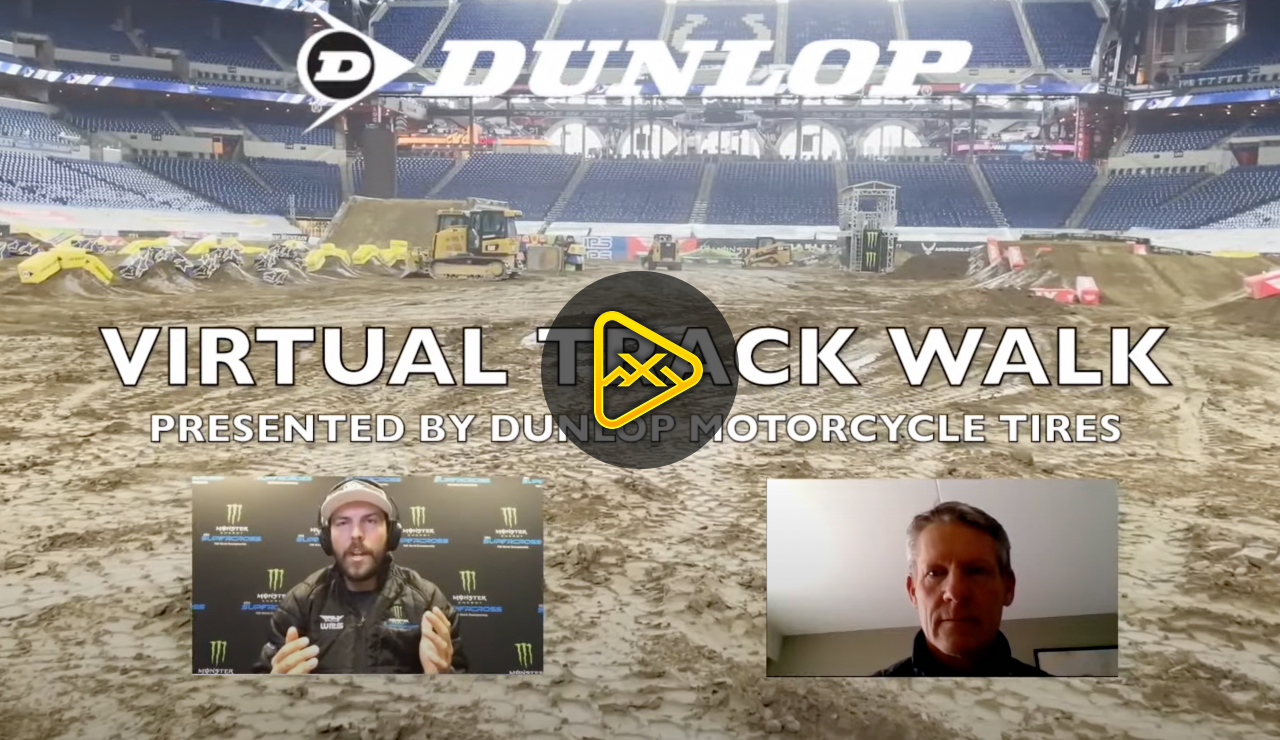