The opening round of the eagerly awaited 2014 Geico AMA EnduroCross Championship takes place inside the Orleans Arena on Friday, May 2. Entering the series as the defending champion, Taddy starts his bid for a sixth consecutive title. Feeling fitter, fresher and as motivated as ever, the KTM factory rider is ready for the start gate to drop on Friday night.

Taddy, it’s Endurocross time again. You’ve got to be looking forward to the start of the 2014 championship?

Taddy Blazusiak: “I can’t wait. I’ve been looking forward to this race for a while now and I’m excited for it. I’ve got a busy season ahead but my goal is to fight for the victory and give it everything I’ve got to try and win my sixth straight EnduroCross title.” 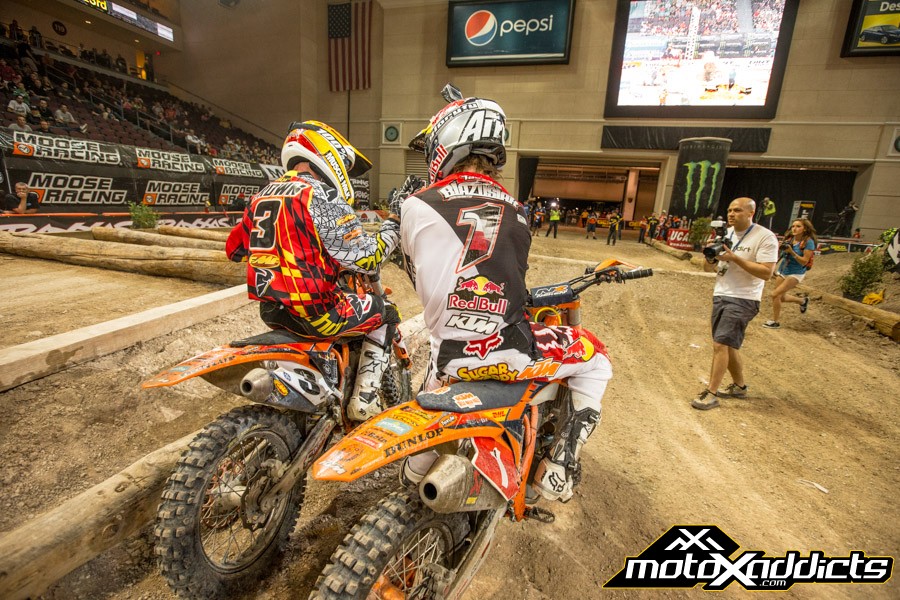 What have you been up to since the SuperEnduro World Championship ended?

“Once the SuperEnduro season was wrapped up I took two weeks off to completely disconnect from racing. Both mentally and physically I was drained. I headed up to the mountains in Andorra and did some snowboarding and cross-country skiing. It was a lot of fun. It was nice to finally chill out, clear my head and not think about riding bikes.”

When did you start to ride again?

“I’ve been back on my bike for a few weeks now building towards the start of the Endurocross Championship. We’ve decided to stay on the 250f this year and fine-tuned it to make some improvements. Already it feels incredible.”

What areas of the bike did you look to improve?

“Starts are so important in EnduroCross and that’s what we worked on. During testing we found a good balance where the motor has plenty of power out of the starting gate but yet is not overly aggressive to ride on the rest of the track.” 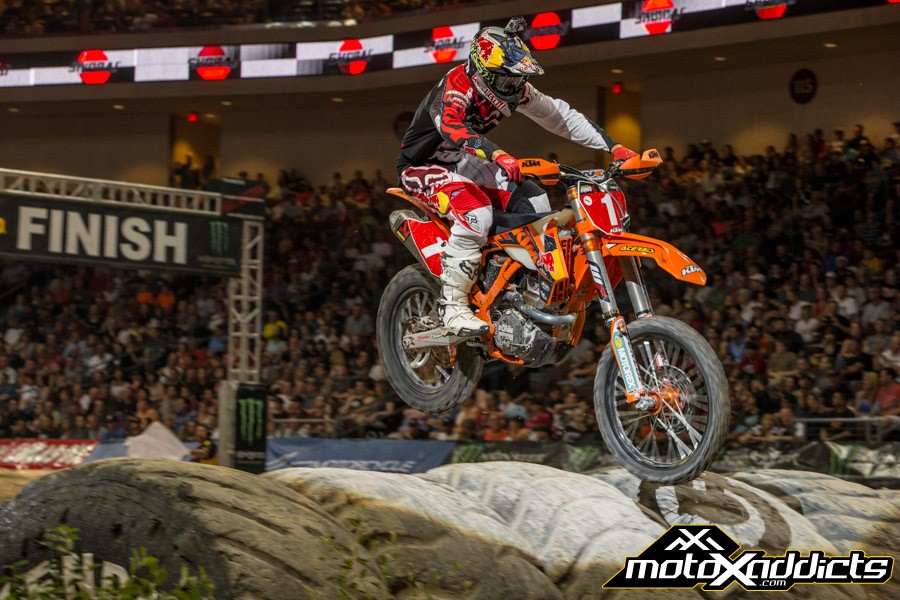 The Polish pilot has been successful all over the world in off-road racing. Photo by: Christy Brosius

Moving away from EnduroCross for a moment, you won’t be competing at the Erzbergrodeo this year. Why is that?

“I’m disappointed to miss out on Erzberg but the race is only a few days before X Games in Texas so I can’t go. I wouldn’t be able to properly prepare for either race. X Games is a huge event for KTM and myself so I want to be 100 per cent ready for it – I want to fight for a Gold Medal there.”

Finally, during the past couple of seasons you’ve carried an injury into the series opener in Las Vegas. You must be happy that you’re firing on all cylinders this time around?

“It feels great to be 100 per cent healthy starting off the championship. In the past I’ve usually been nursing an injury or been slightly underprepared. Now I feel well rested and really motivated. With both EnduroCross and SuperEnduro combined I’ve got a long season ahead, but I’m excited to get behind a starting gate again. I’ll be giving it everything I’ve got to win my sixth title.” 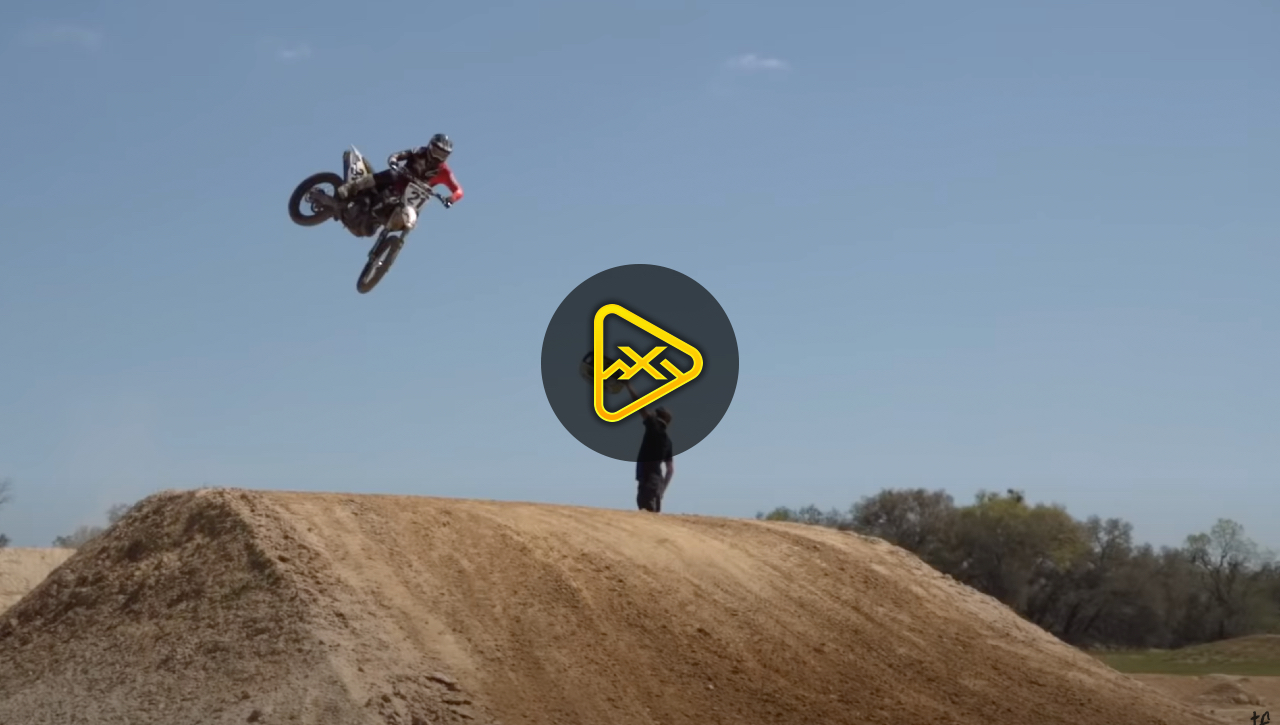 TEAM FRIED with Jason Anderson – The Week off vlog 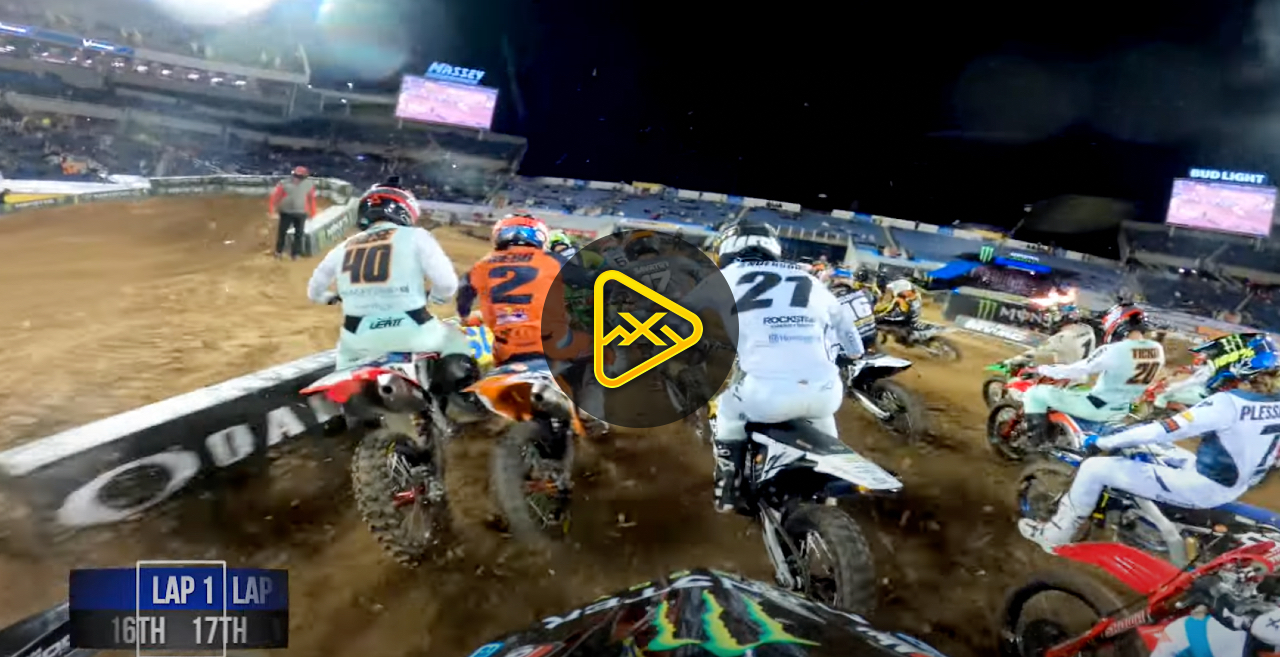