Arvada, CO – Hello everyone, Derek Anderson here. I wanted to get out this press release letting everyone know that I am still planning on doing Man vs Moto 2. There is going to be a twist for the new season, one being, I wont be the rider in the picture this year. I have sustained a back injury forcing me to hang up the boots unfortunately. However, I have planned a new way to do Man vs Moto 2 and stay in the game. I will have a new rider for me (Austin Howell) and I will have a professional filmer and equipment with me full time to make the videos and series better this year.

How it will work this year – Together we will be traveling to all twelve nationals. We will do the Gus Bus way or find another source to get a race bike to and from each race. We will be stationed here in Colorado putting in all the necessary work throughout the weeks to be compatible in the weekends. We will not be solely dedicated to Colorado, so for all you out there being bummed out on us not traveling, don’t get bummed out yet! I have planned to drive to the Millville national, to the Utah national and maybe one or two others along the way. I will still be 100% in the picture and be a goofball on the bright side of the camera as always. My role in the new series will be the wrench, trainer, motivator, team manager, everything! Also, if we get the dollars to do this, I will be adding at least one minute of race footage to each video which we have not been able to do in the past series’.

Seeking sponsorship/opportunities – This is step one for my new career path and the only way we will get Man vs Moto 2 rolling is sponsorship dollars. However, it has been hard for me to convince sponsors that I can make the series a hit even though I wont be racing this year. It is coming down to crunch time and currently we are negative 450 bucks with less than two weeks before the gate drops! We are struggling to find that premier sponsor for the series and now we are going to the fans for support. Basically anyone can be a sponsor now, even if it is a donation of a dollar. I got involved with the kickstarter program for people to donate to and get involved with, to hopefully raise funds to get the series going. This will now be a fan driven webisode series and I know it will be hit as proven before! The link below has all the info you are looking for about getting involved and learning more about what we are trying to do. There are some awesome incentives to pledges which will allow me to give back to the fans even more.
Check it out and lets make it happen!

For those if you not familiar, here is a link to the last video of the series last year. Basically, I hosted and produced a documentary of my travels, chasing the motocross racers dream. We currently have over 460,000 total views through a 12 video webisode series! 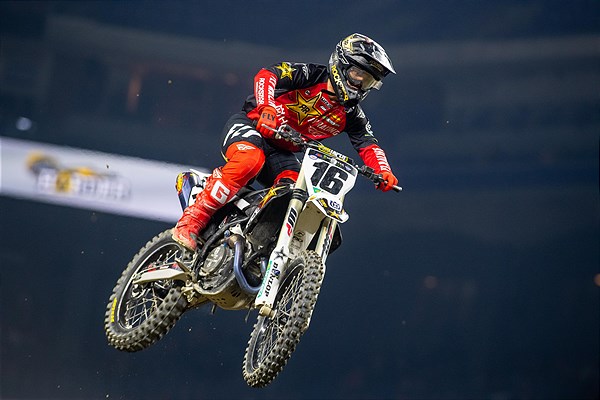