Ken Roczen looked like the heir apparent to the 450SX crown on Saturday night. Photo by: Todd Gutierrez

The 2015 Anaheim 1 Supercross and the opening round of the 2015 Monster Energy Supercross, an FIM World Championship series, is in the history books and RCH/Soaring Eagle/Suzuki’s Ken Roczen and Troy Lee Design/KTM’s Jessy Nelson inserted their names as the first winners of 2015.

In the 450SX class, the reigning 2014 450MX AMA Motocross Champion, Roczen, came out of the gate firing and led every lap of the opener. With his rookie 450SX season in his rear-view mirror, the young phenom validated his status as a Championship favorite in ’15 with a first-lap pass on his former teammate BTO/KTM’s Andrew Short and a wire-to-wire dominant win. The win marked the first-ever win for the RCH squad and a huge monkey off the back for the privately funded team. Finishing on the podium with Kenny was the 450SX rookie from the Rockstar Husqvarna squad, Jason Anderson, in second and Factory Honda’s Trey Canard in third. For Jason, it was an uneventful main event that saw him get into second early and ride unchallenged for twenty-laps, while Trey made his way up to third after a mid-pack start. For all three riders, it was a solid start at becoming the newest champions of the class. 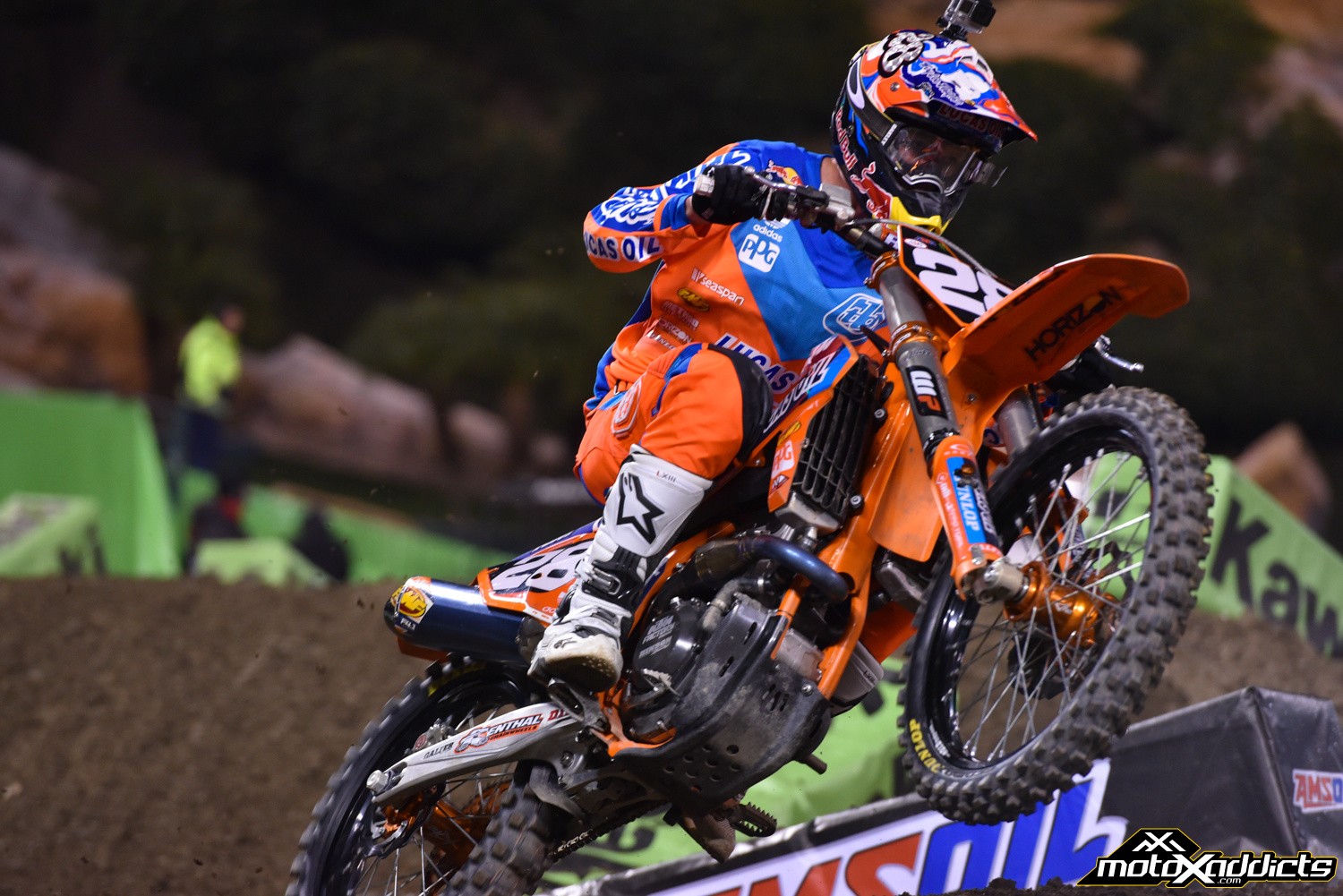 Jessy Nelson surprised everyone with his raw speed and his wire-to-wire win in the 250SX main event. Photo by: Todd Gutierrez

In the 250SX class, Troy Lee Design/KTM’s Jessy Nelson grabbed the holeshot and used the early advantage to runaway and hide from the field. The #28 went from never scoring a SX podium to becoming the first main-event winner of 2015. The win was a big shot in the arm for a team that made a huge switch from Honda to KTM over the off-season. Finishing on the podium with Jessy was Rockstar Husqvarna’s Zach Osborne and Monster Energy/Pro Circuit/Kawasaki’s Tyler Bowers. Like Jessy, Zach’s second place finish was wire-to-wire and capped off a great night for the Rockstar Husqvarna team with second place finishes in both classes. While the top-two riders had wire-to-wire rides, Bowers came from sixth to grab his first podium of the year.

In the lap time battle, it was Ken Roczen throwing down a 55.240 lap time and showing it wasn’t just a great start that won him the main event. His speed was untouchable in the main event and nearly a half second faster than anyone else. The second (55.682) and third (55.799) fastest laps were laid down by GEICO/Honda’s Eli Tomac and factory Honda’s Trey Canard. Canard used his speed to go from a 10th place start to finish 3rd, while two crashes sent Eli to round two with one point and a 20th place finish. 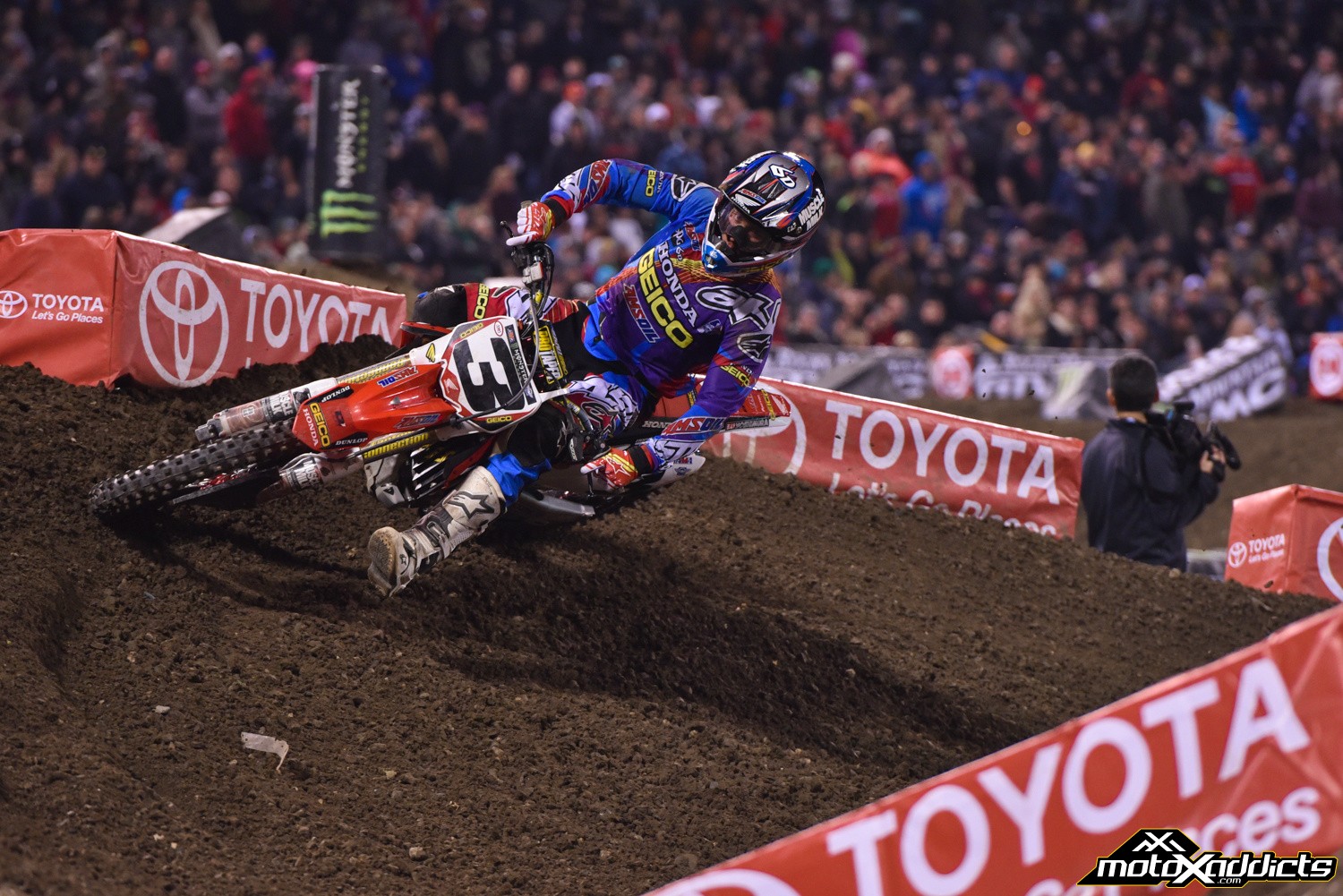 Eli Tomac qualified with the fastest lap and had the speed in the main event to contend for the win, but two crashes ended all hopes at the win. Photo by: Todd Gutierrez

The fastest 250SX rider on the night was Jessy Nelson. While getting the holeshot, staying out of trouble and winning might not have been a huge surprise from Nelson, his raw speed surprised everyone. Jessy’s 55.835 time was the fastest 250SX time of the night, and it was one of only four times on any sized bike to break the 56-second mark. The second (56.124) and third (56.353) fastest 250SX times belonged to Osborne and Star Racing/Yamaha’s Cooper Webb.

You can check out the top ten 250 and 450 times from the Anaheim 1 SX below. Scroll down to see how the main events broke down lap-for-lap with MotoXAddicts’ lap-time comparison charts. Also, see how the top 3 250SX riders matched up against the top 3 450SX finishers lap-for-lap.

Each graph charts the lap times of the top five finishers in each main event. You can run your cursor over the lines to see which rider the line signifies and that rider’s time for each lap. Click on a rider’s name on the right to remove them from the chart so you can run riders’ times against each other heads up. Also, riders are colored to match their bike brand.

Jake Nicholls – “Definitely Not a Vlog” 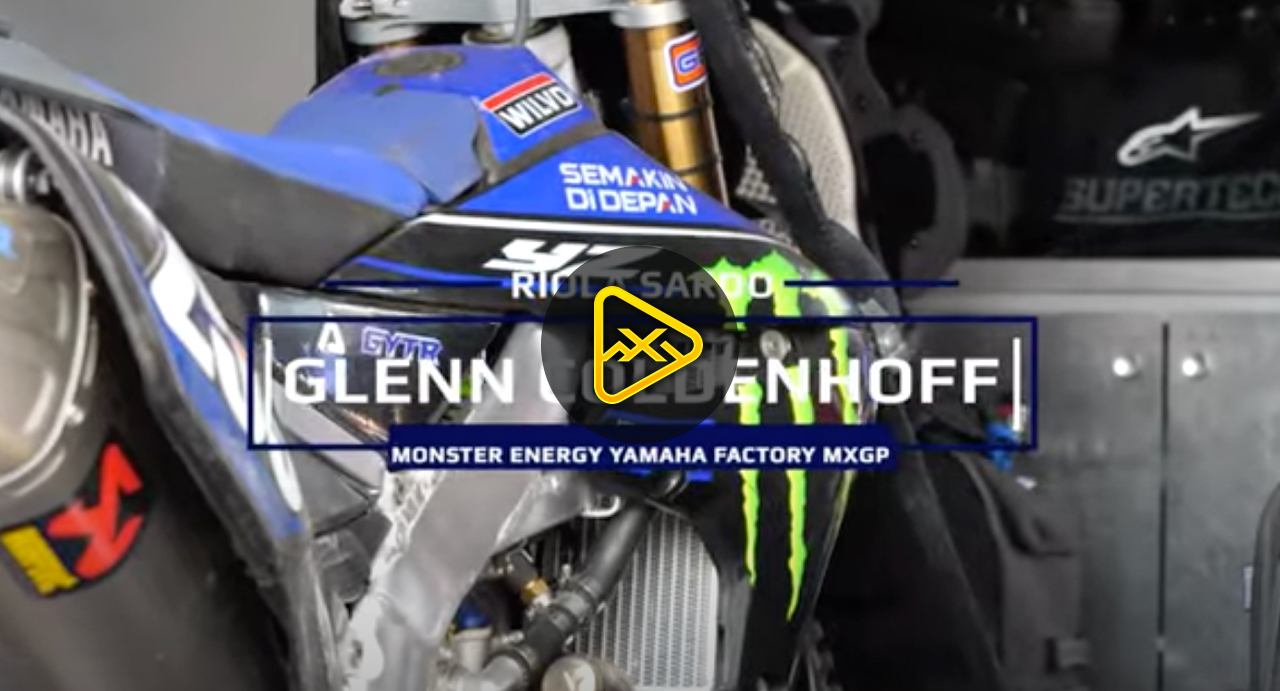