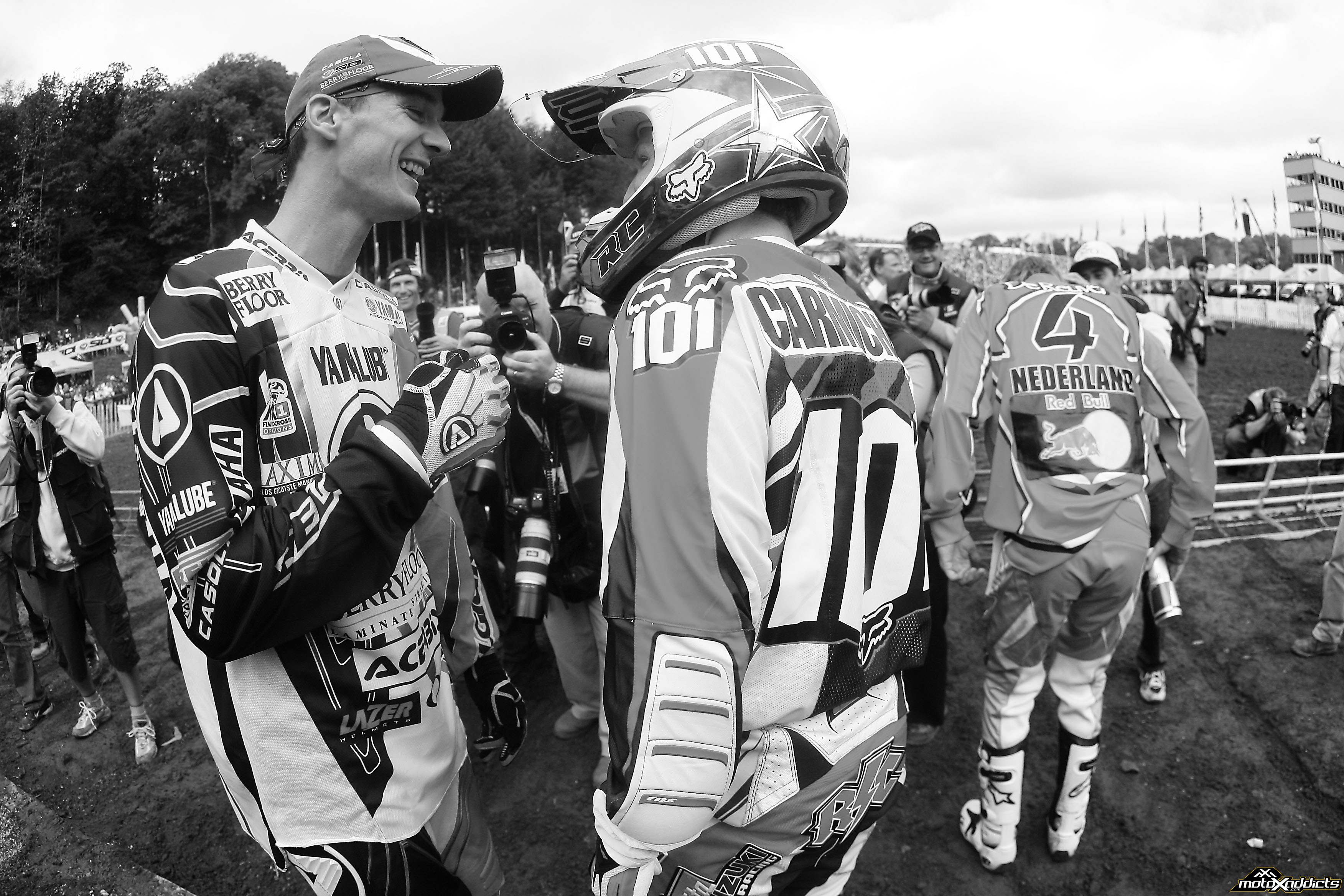 Stefan Everts (left) and Ricky Carmichael (right) are both considered the greatest of all time in their respective series’.

There is nothing better in life than a good run of momentum, and the Monster Energy Motocross of Nations probably has more momentum going than any other off-road event in the world. It all started 10 years ago in 2005 when Ricky Carmichael, Ivan Tedesco and Kevin Windham arrived at the undulating circuit of Ernée, just a few hundred kilometres from the beautiful city of Paris.

What made Ernée so special? Was it the fact Ricky Carmichael was riding in the middle of one of the most dominant careers the sport has seen, the stunning performance of Ben Townley, or the magnificent crowd that sat in the perfect sunshine to watch this classic event?

It isn’t hard to look back at Ernée with a huge smile and remember the event for all those things. For some reason the MXoN always seems to get lucky with weather, or at least as long as it isn’t run in England that is.

Think about it, the last 10 years the MXoN hasn’t seen too much in the way of rain, at least not when it mattered. Last year in Latvia was perfect, Teutschenthal was perfect in 2013, as was Lommel in 2012, St Jean d’Angely in 2011, Thunder Valley in 2010, Franciacorta in 2009, Donington Park in 2008, Budds Creek in 2007 and Matterley Basin despite huge thunder storms on the Saturday, turned into perfect weather on the Sunday. So come on Ernée, France, turn on the perfect conditions.

But back to Ernée 2005. Stefan Everts and Ricky Carmichael have always had big respect for eachother, back in 2004 at the Zolder held MXoN Everts invited RC to his house for a barby. While they were both considered the best of the best in AMA and GP, they only met on five occasions in MXoN.

Their first meeting was in 1998 at the Foxhills mudbath, Everts won that one easily, they met again in 1999 in Brazil, 2004 in Zolder and their final battle was 2005 in Ernée. Of course RC got the better of Everts in those last two, as Everts had a terrible time at the 05 event. Everts went 5-9 and his second moto score wasn’t counted as it was Belgiums worse moto result.

RC of course went 1-1 and that young kid Ben Townley went 1-2 in his last race in Europe, before heading off to America.