Grant and McElrath Give America Pole Positions at 2015 MXGP of U.S.A. 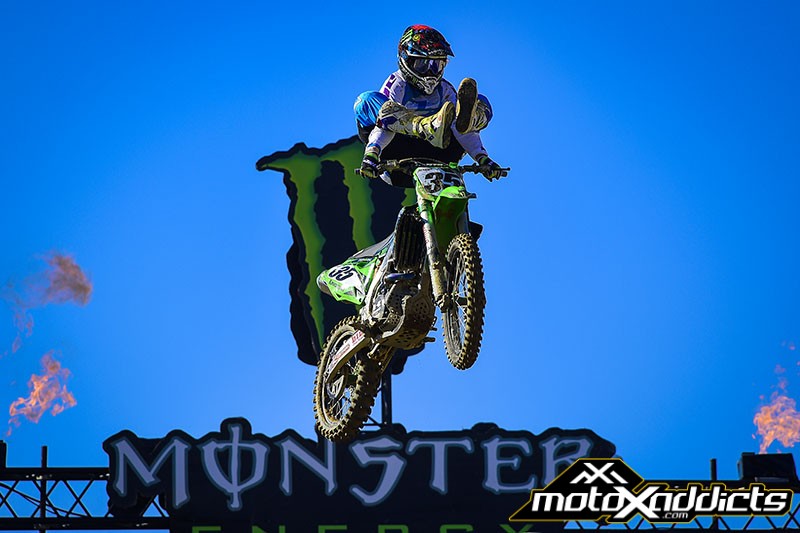 It was a hot and spicy start to the final round of the FIM Motocross World Championship here in Glen Helen as the locals Monster Energy Kawasaki Racing Team’s Josh Grantand Troy Lee Designs Lucas Oil Red Bull KTM’s Shane McElrath ran a pace hotter than the scorching hot temperatures to go pole here at their home grand prix, the Monster Energy MXGP of The USA.

It was a cracking start to the grand prix for the stars and stripes with their MXGP class rookie Yamalube Star Racing Yamaha’s Cooper Webb gunning out of the gate for the holeshot. On his tail was Red Bull KTM Factory Racing’s Antonio Cairoli and fellow American and Monster Energy Kawasaki Racing Team’s wildcard Josh Grant.

Webb wowed everyone on his MXGP debut and did his best at holding off the veteran and Glen Helen local, Grant. A couple of laps in and Grant carried more momentum up and over the step up, took the lead and checked out. Simultaneously the former world champion Cairoli was getting grief from the newly crowned world championYamaha Factory Racing Yamalube’s Romain Febvre. The two went bar-to-bar in a battle of pride but eventually it was Febvre who took the spot when he shut the door heading up the gnarliest hill on the track. 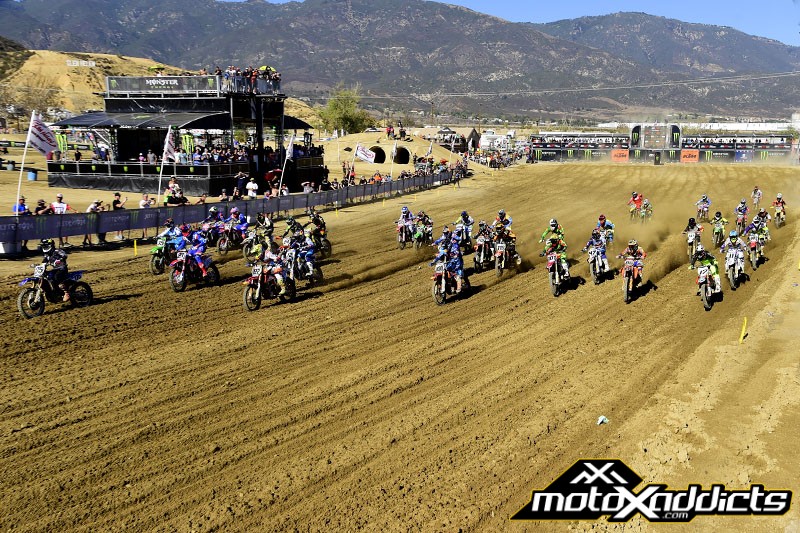 With no answer for Febvre and lack of racing, Cairoli eased off and was also passed by Rockstar Energy Husqvarna Factory Racing’s Jason Anderson who was riding like an animal and had put some impressive passes on the likes of Hitachi Construction Machinery Revo KTM’s Shaun Simpson and Team HRC’s Gautier Paulin on his way to the front.

Meanwhile Febvre was all over Webb like a rash which could be a teaser of what to expect next weekend in France for the Monster Energy FIM Motocross of Nations with Webb riding in the Open class for Team USA and Febvre riding Open for Team France. Febvre and Webb traded places a few times but at the checkers it was Webb who held on for second while Febvre had to settle for third.

Anderson ended up finishing a lonely fourth while Cairoli came home in fifth ahead of Paulin and Simpson. 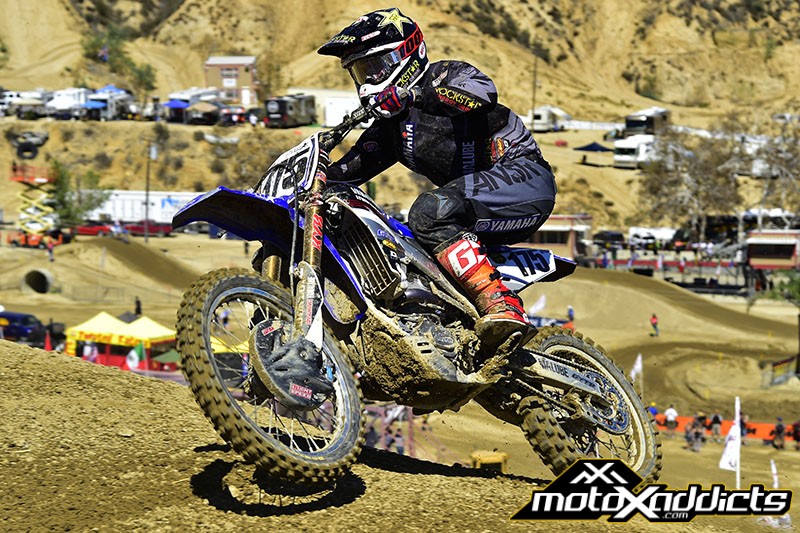 Cooper Webb finished 2nd in his MXGP qualifying debut on the 450.

Troy Lee Designs Lucas Oil Red Bull KTM’s Shane McElrath was absolutely ripping out here in Glen Helen today as he put in a stunner of a performance to win the MX2 grand prix qualifier. 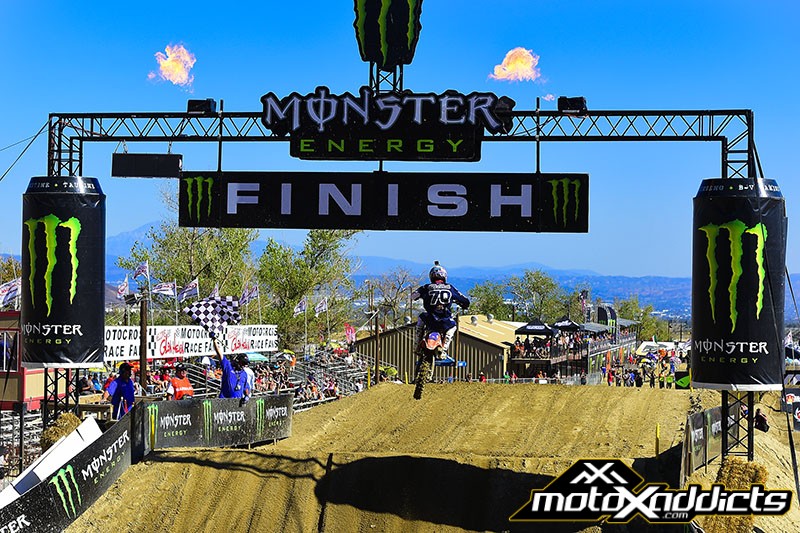 Shane McElrath surprised even himself with his MX2 qualifying race victory.

McElrath flew the flag high for the stars and stripes and on paper, led every lap to go pole for tomorrow. Monster Energy Kawasaki Racing Team’s Thomas Covington, the winner of the most recent MX2 grand prix, pulled the holeshot but dropped it on the opening lap and finished back in seventh.

By lap two Standing Construct Yamaha Yamalube’s Valentin Guillod burst onto the scene and took the lead before a mistake saw him hand the lead to McElrath. McElrath was then able to run away while the title contenders Honda Gariboldi’s Tim Gajser and Red Bull KTM Factory Racing’s Pauls Jonass inherited second and stole the show with their wheel to wheel battle. Initially it was Gajser who had the upper hand, but Jonass was clearly a man on a mission and zipped around the outside of the red plate holder as they entered the bomb hole coming back down the hill. 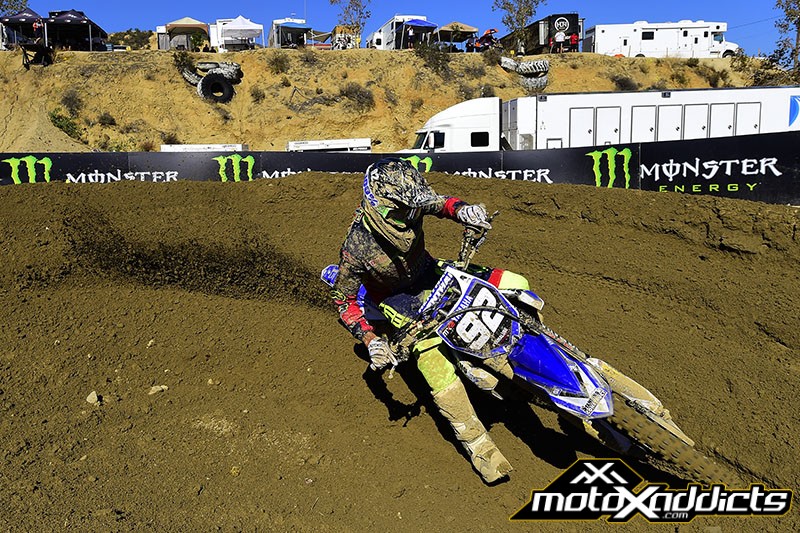 Unfortunately for Jonass, his shot at a good qualifying spot went up in smoke, as did his bike when it seized with three laps to go. With two laps to go, Gajser had a lapse in concentration and fell, which allowed a charging Guillod to reclaim second place in time for the checkers. Gajser held down third while Wilvo Nestaan Husqvarna Factory Racing’s Harri Kullas put in some good laps for fourth ahead of Rockstar Energy Suzuki Europe’s Jeremy Seewer. 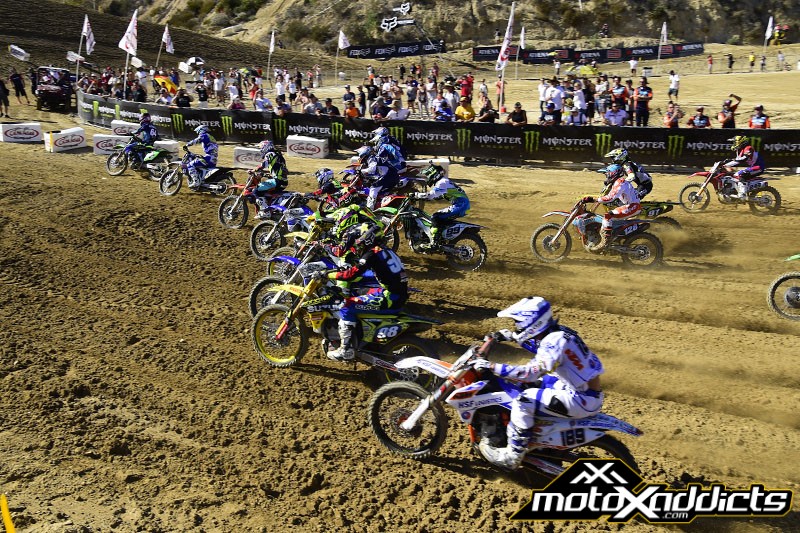