When Star Racing/Yamaha’s Cooper Webb got picked to represent Team USA at the 2015 Motocross of Nations in Ernée, France, the pick left some scratching their heads. With quite a few solid 450MX American riders to choose from, many thought they should get the nod simply due to their 450 experience, but team manager Roger DeCoster knows talent and obviously saw something in the young 19 year old North Carolinian. And, after what everyone witnessed this weekend at the MXGP of the USA at Glen Helen, I think most everyone is catching up to what Roger all ready knew.

This weekend at the USGP, Cooper grabbed two good starts and led both motos at Glen Helen. In moto one, he was caught and passed by Josh Grant, but Webb fought back and passed Grant for the lead. Webb’s only issue in moto one was the newly crowned MXGP World Champ, Romain Febvre, who passed Webb with a lap and a half to go to steal the moto win. The two Yamahas were on their own level and, in the end, were twenty-three seconds ahead of Grant and thirty-four seconds ahead of Jason Anderson—who many thought should of been picked for MXoN team.

Moto two was a very different moto for Webb. After getting the holeshot, a myriad of mistakes pushed him back to fifth, but Webb answered a lot of questions when he regrouped and passed his way back up to a 3rd place finish. The tag on Webb is he rides with a lot of emotion and sometimes that gets the best of him, but he showed he can back it down, regroup and get back after it against some of the best riders on earth. When the points were tallied at Glen Helen, Webb was the 3rd overall finisher in his first-ever MXGP race and will now head to France knowing he can race with anyone on the planet on any size bike.

After the race we sat down with Cooper and talked to him about his performance at the USGP, what it means to be picked for Team USA and his thoughts on next weekend’s event. You can hear what Coop had to say in his interview below. 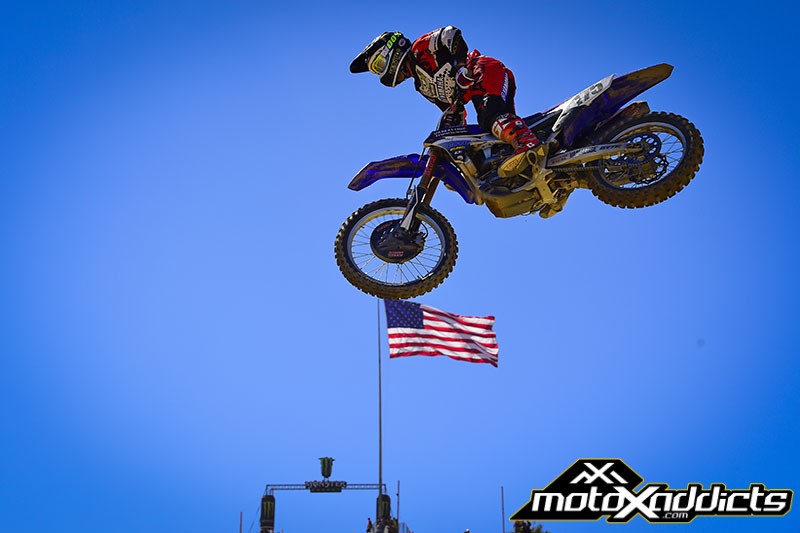 Cooper looked comfortable aboard the big 450 Yamaha at USGP. Photo by: MXGP.com

Cooper, you went 2-3 for 3rd overall on the day. Overall, how was your first MXGP experience?

It was good. We had a bunch of good moments, but we also had some not so good ones. My starts were really good, which was awesome for me. I was able to show some speed and ran up front a lot. Got second in the qualifying race. I was able to edge out Romain [Febvre] there. The first moto, I was wanting to win really bad, and unfortunately, Romain got around me on that last lap, but we had a good battle. We showed speed and fitness, but the second moto was a struggle really. I got a good start, but we made a couple bike changes that were maybe not in the right direction. I had a couple moments that, to be honest, scared me. So I kept going, got passed by both those guys, making a big mistake and just wasn’t good, straight up. Hopefully we can have the flow all week, next week and all weekend.

We were told a big reason why you got picked for Team USA was because of your starts. They’re obviously a huge part of doing well at the MXoN. A lot of people were surprised by the pick and probably feel better about it after today. Before you got picked, did you talk to Roger DeCoster [Team USA manager] about it at all?

To be honest, no. A lot of people had just told me rumors. You know, “Hey, there’s a good chance.” Once Dunge [Ryan Dungey] said he wasn’t doing it, they told me there’s a really good chance you’re riding a 450, and I wasn’t too sure. But once I heard from some—not Roger directly but some guys that would know—it became real. It’s definitely a last minute thing, but luckily I have 100% support from Star Racing Yamaha and Yamaha Factory Racing, and they’re able to do all the stuff that creates less headaches for me. I feel like I want to go there and obviously do the best I can. I think there’s a lot of people that aren’t expecting our team or me directly to do anything, so I think today kind of showed that I’m not messing around and that I’m up for a challenge. A lot of things can happen at de Nations. Everybody says France is the favorite, which I think France has a great team clearly, but so many things can happen, and it’s not always the fastest guys that win. You gotta be consistent. I feel like I can fight for wins and fight for battles at any race I enter, and I truly believe that. 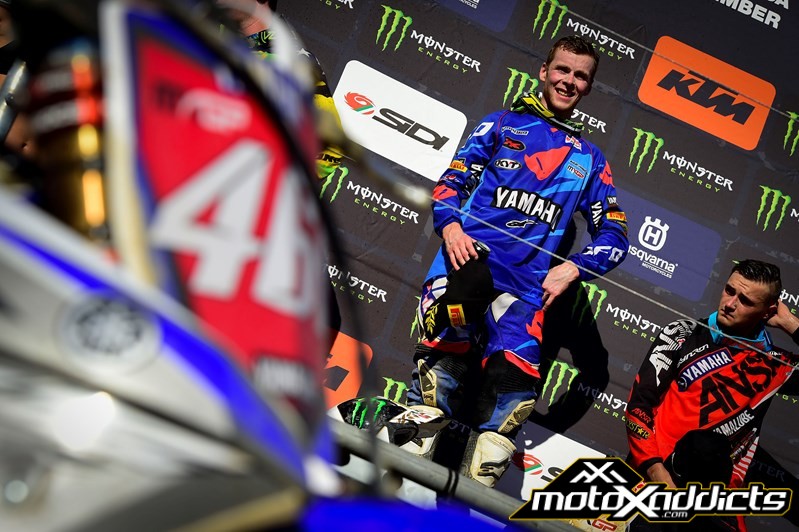 Cooper (right) looked visibly mad after moto 2. The look you see on his face here was the same as he entered the press conference. Photo by: Yamaha Racing

Knowing you, I mean you’re emotional, you hate losing. You walked into the press conference like a pissed off Cooper Webb (laughs). Were you little pissed after the second moto?

Yeah, I was. I just, I rode terrible. It was shitty. I mean, it was good. Getting a podium is always good, but when we train and bust our butt for these five weeks and we show in the first one that we can run up front and potentially win, to get my ass kicked like that sucks. It’s good though, I mean, it fired me up I guess, and now I really, really want to go out and try to win.

When do you leave for France for the Motocross of Nations?

We leave Tuesday, have tomorrow off. Tuesday we fly out. We ride on Thursday at a track near there and then obviously race Saturday, Sunday. Should be a good time, good experience, and we’ll have a lot of the guys that I work with directly there. I like France. I’ve been there for the Bercy race, and the towns—Paris at least—is unbelievable; it blew me away. So I’ve been to France and I’ve met a few French people and everything like that, and I’m excited really.

I know your mom is big on education and I’m sure loves seeing her boy well traveled (laughs). I’m sure she’s happy to see you get picked and traveling the world.

(laughs) Yeah, I know, for sure. To get picked to go to the Nations is a thing in itself. As a 250 rider, I’m only 19 years old. So to already be traveling the world so far and to just continue the journey is awesome. I never would have thought as a kid that—that’s what we always wanted to do, but you never know. So overall I’m really happy, but when you get picked for the Nations, you got all the Americans to back up, so I think you got to do it for your country and have a lot of pride and go out there and kick some ass.

There have been three straight losses now for Team America. How good will it feel to bring that Chamberlain Trophy home?

Yeah, I think that’s a bummer, but like I said, this year there’s not a lot of pressure on us to win. We haven’t won in the last three years and a lot of people are calling it the B team, so we don’t have that pressure going in. And, like I said, I think a lot of the pressure is on France because they’re a solid team. 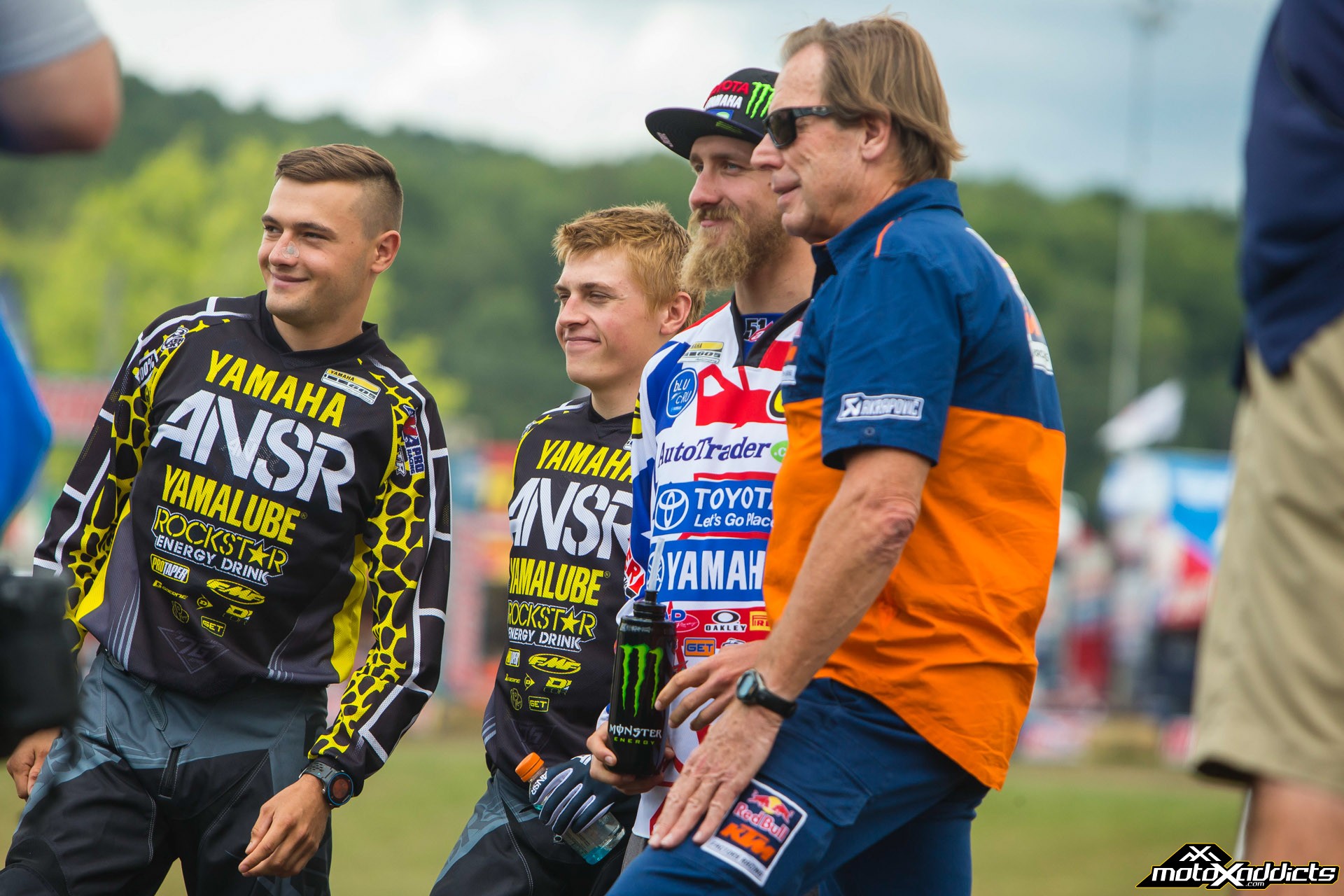 Yeah, especially being at home in France.

Yeah, and obviously at their home race. It’ll be nice to kind of just slide in and do our thing and hopefully bring the Chamberlain cup back.

I appreciate talking to you. Good luck man. Go USA! 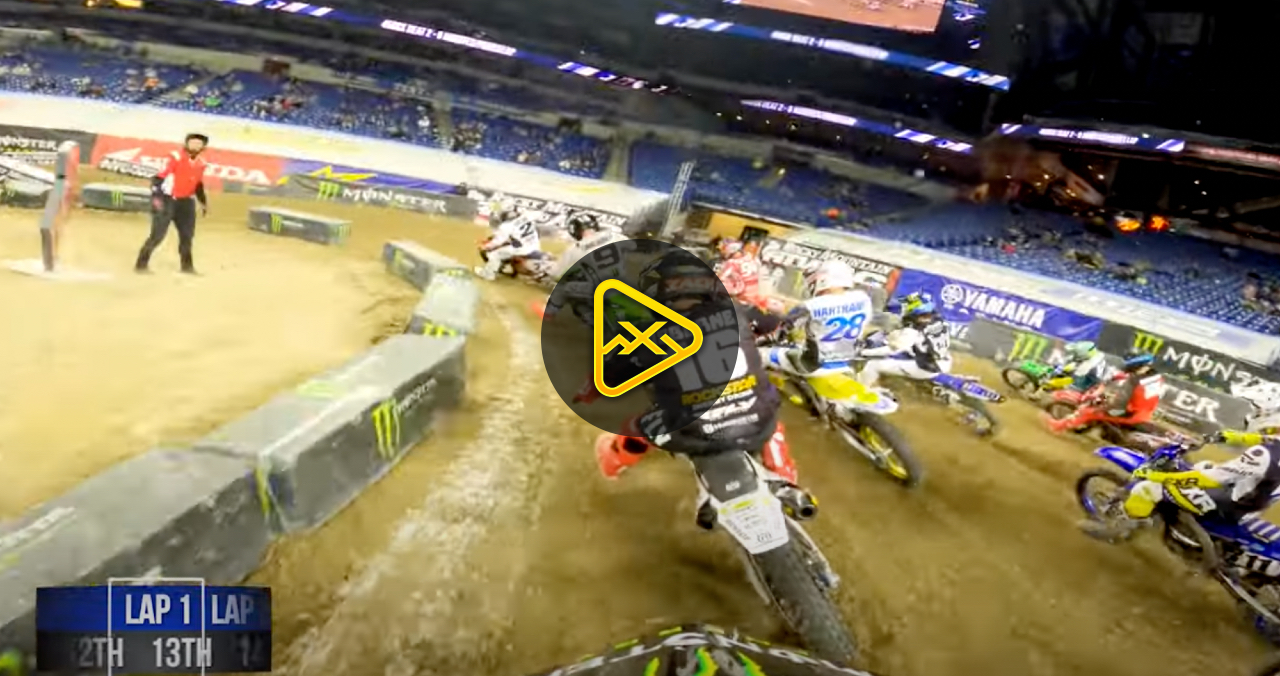 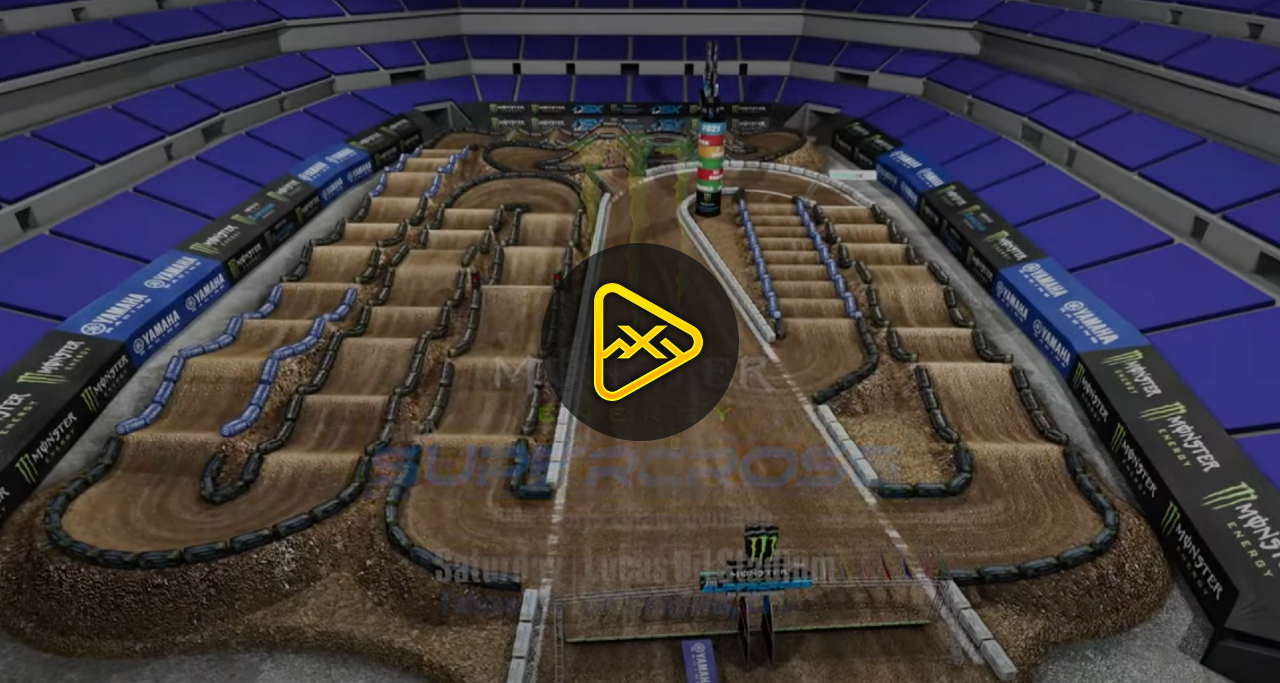