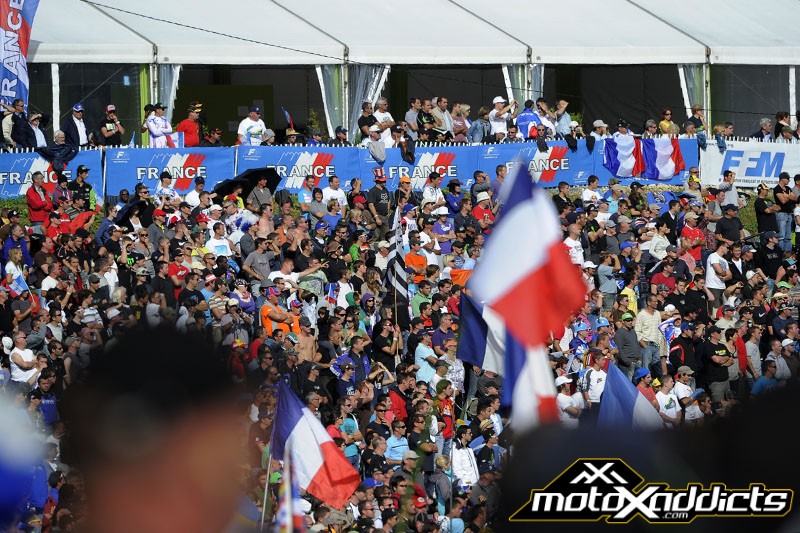 The French know how to celebrate the MXoN like no other. Photo by: MXGP.com

This year has taken the cake in terms of quality racing, the bar has been raised not only within the FIM Motocross World Championship but also at many other series around the globe as well, which is why the sixty-ninth edition of the Monster Energy FIM Motocross of Nations that will take place this weekend in France, is going to be something special.

This weekend, thirty-seven nations will send an army of three riders to Ernée, an iconic venue in France that will be also celebrating a decade since the ground breaking 2005 Motocross of Nations which captured the hearts of every motocross enthusiast around the world when Team USA’s greatest of all time Ricky Carmichael put in a mind blowing performance to re-claim the coveted chamberlain cup for the most successful MXoN team on paper, Team USA.

Ernée is one of the most spectator friendly tracks in the world. Almost the entire track is visible from where the fans will be watching, which means not a second of action will be missed or spoiled as Team France attempt to defend the crown on home soil in what is expected to be one of the most cutting edge editions of ‘the nations’ ever. 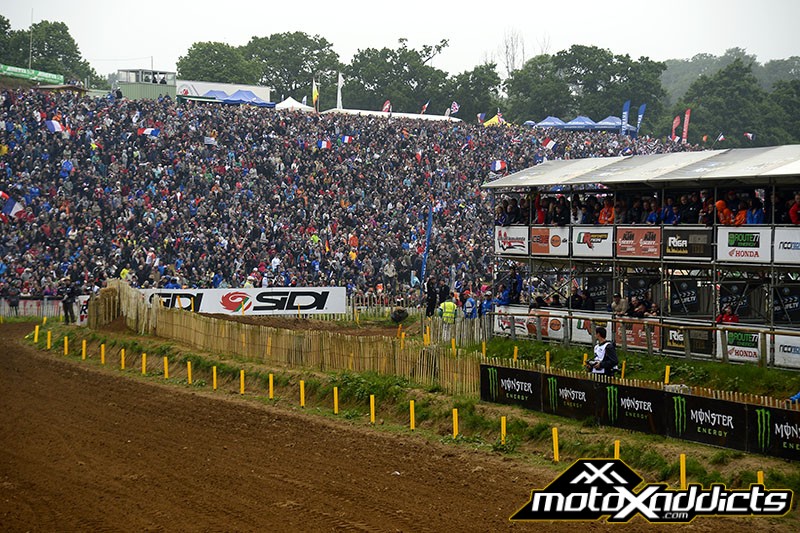 The Ernee circuit will be packed to capacity all weekend long. Photo by: MXGP.com

Speaking of Team France, it almost goes without saying that they are the hot favorites for the win this year. The team is arguably the strongest line up they’ve ever selected. They have the reigning FIM Motocross World Champion Romain Febvre in the Open class while the 2015 vice world champion and defending MXoN dominatorGautier Paulin will be leading the way in MXGP. Putting the cherry on the cake for the already stacked line up is the former MX2 world champion and the American national championship runner-up in 2015, Marvin Musquin.

Meanwhile Team USA is still out for revenge after they lost the cup back at the 2012 Monster Energy FIM Motocross of Nations in Lommel, Belgium. This year Justin Barcia, a familiar face, will be leading the two youngsters Jeremy Martin and Cooper Webb. Martin made his MXoN debut last year but unfortunately broke his foot in a spectacular crash through the waves, so he will be out for redemption while Webb made his 450cc debut last weekend in Glen Helen at the final round of the FIM Motocross World Championship and it would be fair to say that he impressed a lot of people and turned a lot of heads. He definitely has the pace, therefore Team USA will, as always, will be one of the strongest teams in contention. 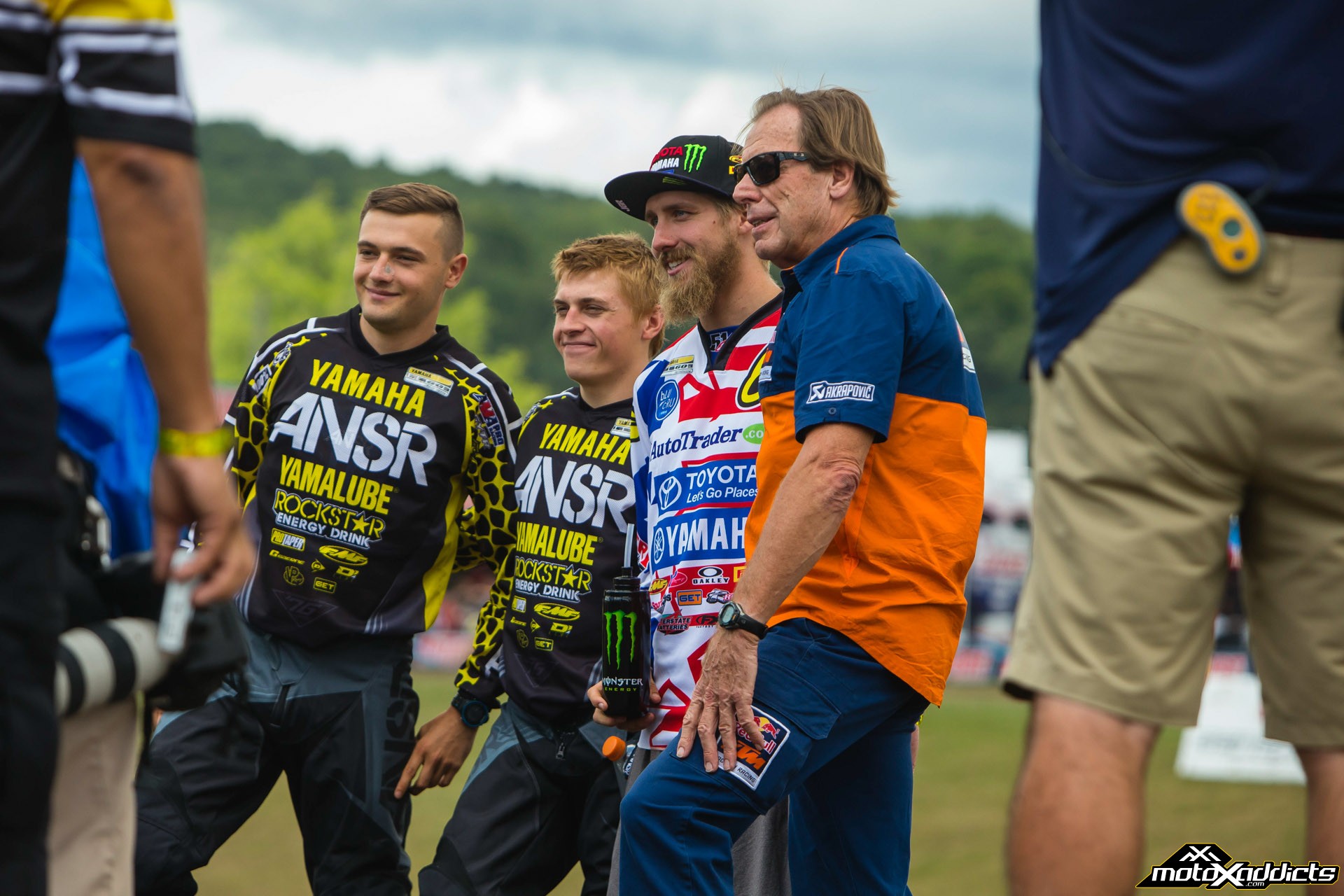 Injuries have taken a toll on Team Belgium once again with Clement Desalle out for yet another year, so too is Kevin Strijbos. Nevertheless, we know Jeremy Van Horebeek can win races when his ducks are in line and the same can be said for his MX2 counterpart Julien Lieber. Ken De Dycker has been selected to join them at the last minute and we know he can pull something out of the bag when needed although he will be lining up very rusty this year considering he has spent most of the season on the couch.

Another team to watch will be Great Britain as the Brits are sending a super strong line up with Shaun Simpsonand Max Anstie at the top of their game at the moment although they had a slight scare when Simpson crashed out of the final round of the FIM Motocross World Championship on turn one. The Scot, who will be representing Great Britain along with fellow Scot and KTM rider Dean Wilson, later posted a picture on a Social Media of a gnarly hematoma on his back, but he did confirm that he should be okay to race.

As for the Germans, Ken Roczen won’t be racing since he just had surgery on his back, so they will enter the battle with Max Nagl, Dennis Ullrich and young Henry Jacobi. Meanwhile, Australia will join the show-down with Todd Waters and Dean Ferris. As for their MX2 rider, it was Jay Wilson but he crashed off the team in practice a few days ago and the replacement is yet to be announced. 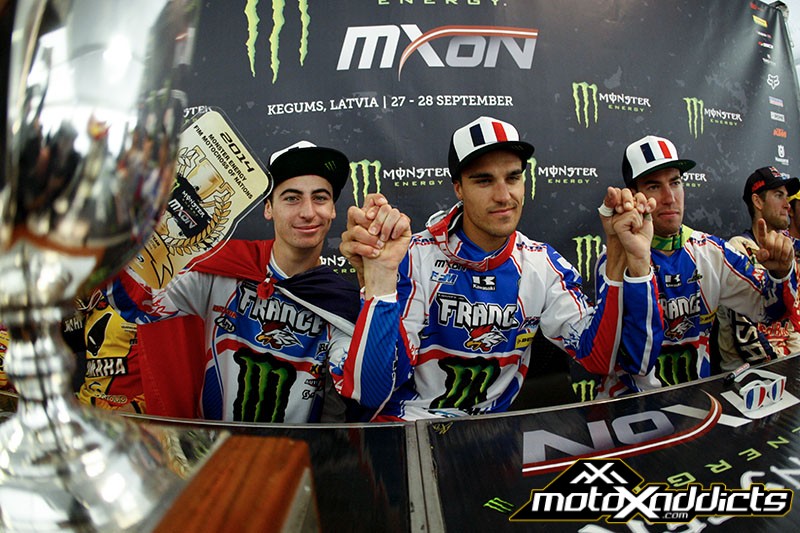 Also adding to the buzz that the nations seems to manifest is Team Switzerland, who up until the MXGP of The Netherlands looked to have one of the strongest line ups on the gate with Valentin Guillod, Arnaud Tonus andJeremy Seewer. Unfortunately Tonus has been withdrawn due to a problem with fatigue and replaced with Andy Baumgartner.

There is always some sort of controversy leading into the nations and this year it belongs to the Italians with the federation opting to take a different approach to their team selection process. Rather than sending their fastest riders, Team Italy have decided to send a development squad which is made up of Ivo Monticelli, Michele Cervellin and Samuele Bernardini to give the youngsters some experience ahead of the 2016 Nations at Maggiora.

That about wraps up the list of teams expected to make a big splash at the 69th edition of the Monster Energy FIM Motocross of Nations, the race of the year, the one you do not want to miss! Watch it LIVE on www.mxgp-tv.com.

By clicking here you will be able to download the complete entry list of the 2015 Monster Energy FIM Motocross of Nations. 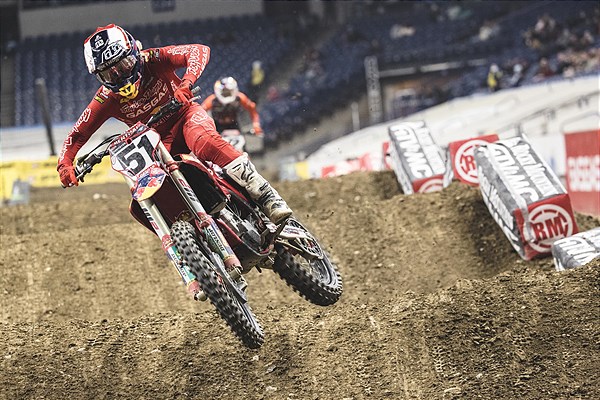