Eli Tomac: (1st in Cup Class) “This is crazy. To become the first two-time winner of the Monster Energy Cup and winning the “Monster Million” is just insane. My 2019 KX450 was running so well all night, our starts were dialed, the suspension was perfect; it all just came together, and I couldn’t be happier right now. It was a great team win tonight. To also have a fan defy the odds and win a million bucks because I won is just insane!”

Jason Anderson: (2nd in Cup Class) “The night went pretty well. I haven’t had a lot of time to prepare and today was pretty much my first day testing. I had two days on the supercross track then came here and was able to get second. I did a lot of battling but I feel like I still did really well and I rode my best”

Joey Savatgy: (3rd in Cup Class) “Man, I am so pumped. I am so thankful to be a part of this Monster Energy Kawasaki team. It truly feels like family over here and I am excited for what 2019 has to offer! My KX450 was a rocketship all night long and helped put me on the podium.”

Marvin Musquin: (11th in Cup Class) “The day started off great with awesome practices and I showed great speed with the fastest lap time. Going into the races, obviously the start was key because it was difficult to make passes, especially in the first moto. I was looking forward to getting better in the second moto but I had pretty much the same start and just tried to make passes like I did in the first moto. I was very motivated for the last moto to try to get a better start and try to win it. I had a great start and I made a nice inside turn but unfortunately someone ran into me and instead of going left we went right off the first turn. From that, it was over. I’m very disappointed because I show great speed during practice and in the first moto I show good speed, good passes and good fight, but I needed to be more consistent and get better starts overall. It’s always a tough race with such a short time to get ready but it’s good to be able to race it and to show good speed.”

Cooper Webb: (12th in Cup Class) “It was an up and down weekend with me. It was the first race with the Red Bull KTM Factory Racing Team so we were just getting used to everything and taking it more as a test. I hadn’t had a lot of time on the bike so I wanted to do a race with the team and see how they work and operate in a race day scenario, so it was good to do that. The first Main Event, I didn’t get the greatest start, made a few passes and came to sixth, which was okay. The second race, I got into a pretty big crash on the start, there was a rider that hit a hay bail right off the start in the sand rollers and a couple of us got into a pretty big pile up, so I was down for a while and had to get my bike off another rider’s bike, it was a little scary. I was pretty far back and still finished strong and passed a few guys. In the last race, a few of us got together in the first turn and we ran off the track so I came out last again. I put my head down and made some passes and I ended up coming back to ninth. Not the greatest results on paper but I felt like my riding was good. Overall, just to go there without any expectations and to see how I operate and how the team operates was our main goal. I kept fighting and showed some good speed and I’m happy to get the offseason going and get the program going with Aldon so we can get better for Anaheim.” 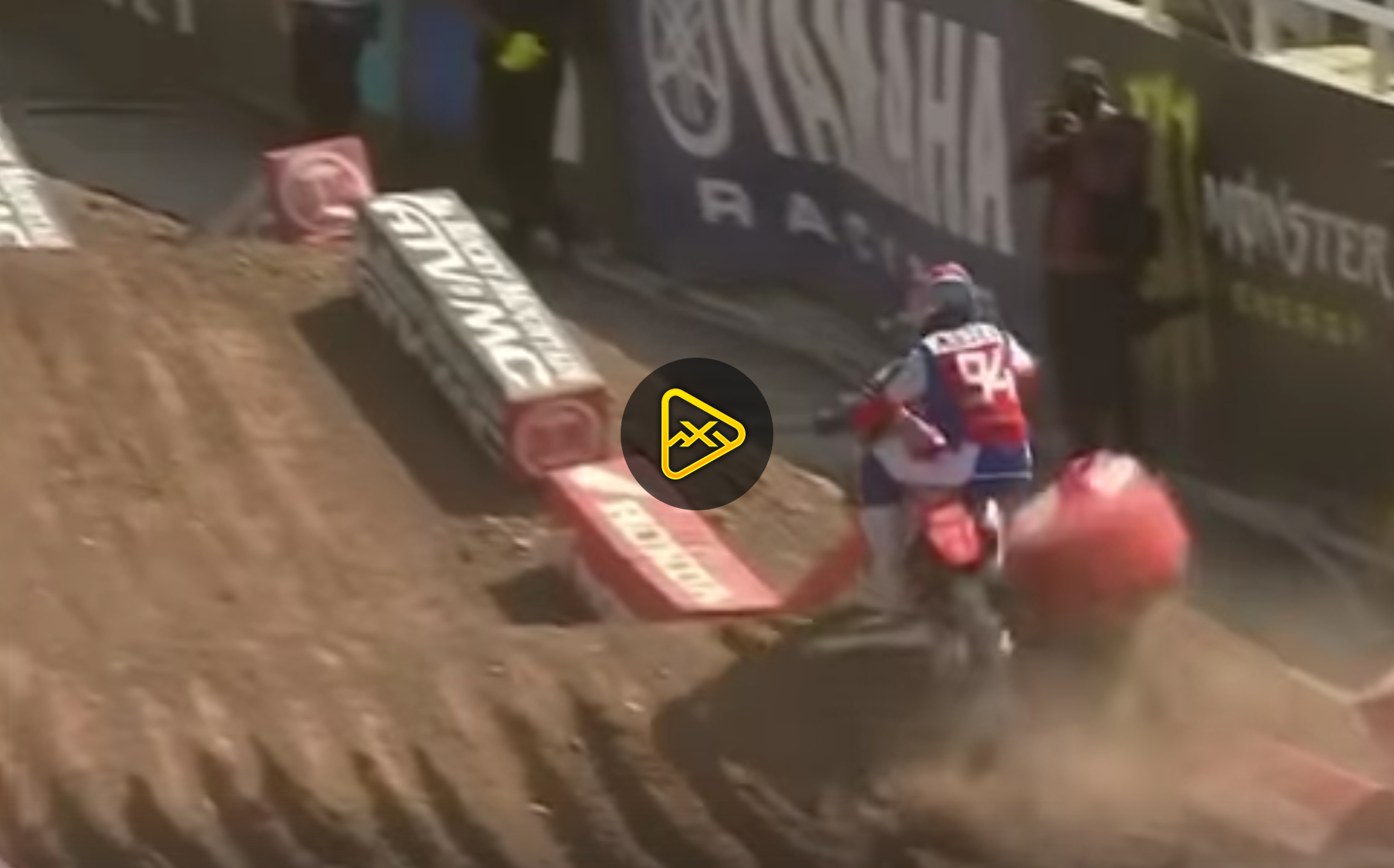