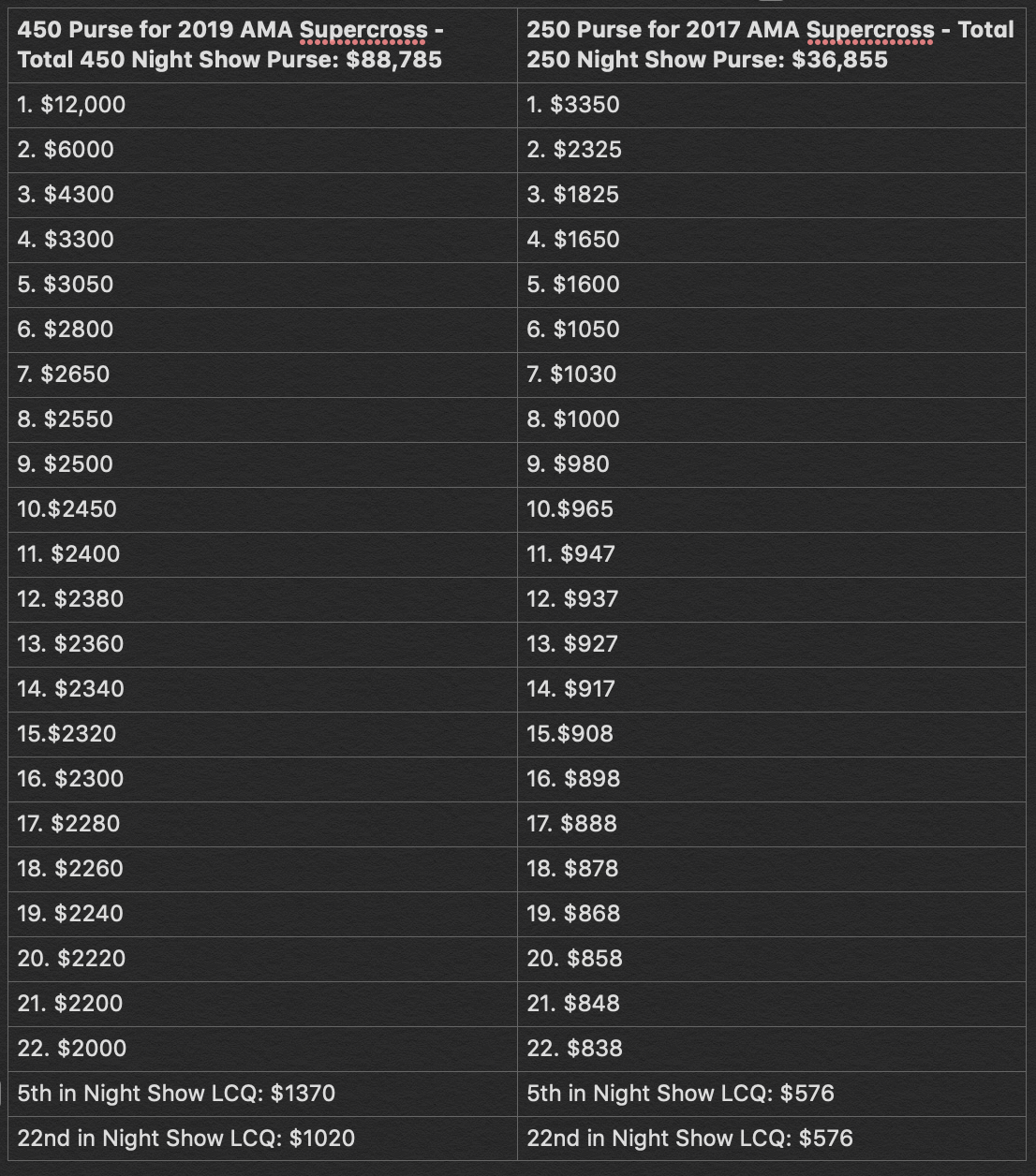 Every rider that makes the night show does get a check in the mail for that event. While the majority of a SX riders’ income comes from their team and personal sponsors, for some of the privateers their race checks are a huge portion of their income. Which will always bring up the “is the purse enough” question that will forever linger in SX.

The 450 purse will at least put a little money in a privateers pocket if they’re making the night shows, but the 250 purse is a tough one to swallow for a 250 privateer trying to get to every round of a regional series.