Following a year like 2018 where we saw a 450SX class depleted by injury and winners lapping up inside the top ten regularly, the premier 450SX class of 2019 Monster Energy Supercross series has been the complete opposite to start the season. So far we’ve seen Justin Barcia, Blake Baggett and Cooper Webb winning the first three races, while the “Big 4″—Jason Anderson, Ken Roczen, Eli Tomac and Marvin Musquin—are still trying to remind the rest of the field that they are the “Big 4”.

The depth showcased to start the year has been the best we have seen in over two decades. The season started with a winner that had not won in six years and that was followed up with two first time winners in a row—the first time that’s happened since 1984. In “Main Event Moto”, Episode 103, “This Is Shooters Tour”, Daniel Blair, his hard to tame brother, Vincent Blair, and producer Joe break down the first “Triple Crown” race of the year, Cooper Webb’s first 450SX win and the incredible season we are witnessing so far.

Click to check out what’s new at Race Tech

Check out more Podcasts at….. 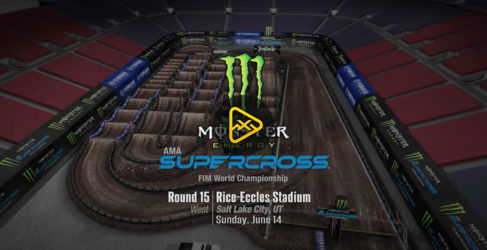