While the 2019 season looks likely to be the last for Australian legend Chad Reed, his journey to this season has been a colorful one. He could be the most successful non-American rider to ever race in USA. Results wise, that is for sure the case.

Two premiere class AMA Supercross Championships and a 450MX AMA Motocross Championship. Reed raced in one of the toughest eras in the sport. Going head to head with the GOAT, Ricky Carmichael, and the rider many said was the fastest man on the planet, James Stewart, the Australian rider captured the hearts of everyone around the World.

Still one of the most popular riders in the sport and remains a live by the sword, die by the sword sort of person. Check out that the Aussie has done over the last two decades.

2001. After struggling to qualify for the Grand Prix of Spain with a hand injury, Reed shocked the World, slowly improving his results, until winning the GP of Lierop in the deep sand of Holland. Finishing second in the FIM 250 championship behind Mickael Pichon and blasting his hero Jeremy McGrath at the Bercy supercross, it was clear this young Aussie was headed for Worldwide stardom.

2002. Moving to the United States from racing the European Grand Prix circuit, Reed raced for the Yamaha of Troy team. At 19 years old, Chad won his first 125 Supercross race (Indianapolis – February 9, 2002). He would proceed to win the next five straight 125 Supercross rounds on his way to securing the 125 Eastern Regional Supercross Championship. That summer he earned his first 125 National victory (High Point – May 26, 2002). He finished second overall in the 125 Nationals.

2003. Moving up to the 250 (now 450) Supercross class with factory Yamaha, the 20-year-old won the first Supercross of the year in Anaheim. In total, he won eight 250 Supercross mains and finished on the podium in all but two rounds. However, he was bested by seven points in the championship by Ricky Carmichael. It would be the first of many back-and-forth battles between the two legends. During the outdoor series, Reed earned four podiums and finished no worse than sixth overall. He ended up third overall in the 250 Nationals.

2004. One of Reed’s most successful seasons, the Australian won ten 250 Supercross rounds and was on the podium in every race en route to the 2004 AMA 250 Supercross Championship. He carried that confidence outdoors, with eight straight podiums on his way to second overall, behind Ricky Carmichael.

2005. Reed not only squared off against Carmichael in the 250 Supercross series, but there was a new player in James “Bubba” Stewart. Chad remained ultra-consistent, but unfortunately a 16th place in the Anaheim opener deluge thwarted his chances of defending his 250 Supercross crown. Still, the factory Yamaha rider earned five main event victories and 13 podiums in finishing second. In the 250 Nationals, Reed’s series was cut short.

2006. In a back and forth battle with Ricky Carmichael for the Supercross title, Reed and Carmichael were tied for the championship heading into the final round in Las Vegas. Carmichael finished second at the finale to best Reed by two points for the title. Reed and Stewart tied on points, with Stewart finishing second in a tiebreaker. Outdoors, Reed was consistently finishing on the podium, until he injured his shoulder and was sidelined for the final three rounds. Chad finished sixth overall.

2007. Reed left the factory Yamaha squad to race for the upstart L&M Yamaha team in a Supercross-only deal. Chad earned one victory, 15 podiums, and yet somehow finished second to James Stewart in the 450 Supercross Championship.

2008. The Australian amassed nine victories in Supercross, with five wins in the opening six races, earning his second Supercross crown. He did not race the Nationals.

2009. Signing with Makita/Suzuki Factory Racing, Reed again had a strong showing in Supercross. In fact, Chad finished second place in 12 races. However, he was barely edged by four points for the Supercross title (James Stewart). Reed got his redemption outdoors, winning five 450 Nationals on his way to the title. It was his first AMA National Championship.

2010. Reed signed with the Monster Energy Kawasaki factory racing team, joining Ryan Villopoto. Chad crashed at the second round of the Supercross series in Phoenix and broke his hand. He returned late in the series and finished second at the Las Vegas finale. Running the number one plate during the Nationals, Reed opened the series with a win at Hangtown and second at Freestone. However, he suffered from an illness and had to withdraw from the series after seven rounds.

2011. This was the year of the birth of TwoTwo Motorsports – a race program that Reed decided to begin with his own funding. Riding a Honda CRF450, Chad won two rounds of the Supercross series and finished on the podium in 11 races. He lost the Supercross Championship by four points to Ryan Villopoto. Reed had a great start to the outdoors, winning four of the opening six Nationals. Unfortunately, he suffered a bike malfunction at Southwick, which was a major hit to his bid for a second 450 National title. He would eventually finish third overall.

2012. Again funding his own race team, Reed was on track to compete to Las Vegas for the Supercross title. Reed was only six points out of first place following the San Diego round. Disaster struck in Dallas when he crashed violently and tore his ACL. He had to undergo surgery and missed the rest of the year.

2013. In his third year of TwoTwo Motorsports, Reed consistently finished inside the top five and finished fifth overall. He also contested the 450 Nationals and finished 15th overall.

2014. Moving from Honda to Kawasaki, Reed won Anaheim 2 and Anaheim 3. He was in position to win the following round in San Diego, but tangled with another rider and crashed violently. Chad suffered an injured shoulder and missed the remaining Supercross rounds. He returned for the 450 Nationals and finished 11th overall.

2015. Reed had a difficult start to the Supercross series, but bounced back with a win at Atlanta. He ended the series fourth overall. He contested the opening five Nationals and ended the series early due to team reasons.

2016. Signing a Supercross-only deal with the Yamaha factory team, Chad had a strong start to the Supercross series. He ended the series fifth overall and earned three podiums.

2017. Reed re-upped with factory Yamaha in another Supercross-only deal. He finished second at the Phoenix round and earned 11 top-ten finishes. Chad concluded the series in ninth overall.

2018. Looking for a fresh start, Chad managed his own deal to ride a Husqvarna. Reed finished 13th overall in the series. After taking most of the summer off, Chad raced the Ironman National finale and finished eighth overall with the JGRMX/Yoshimura/Suzuki Factory Racing Team. He also contested the AUS-X Open in Australia and S-X Open in New Zealand. Reed won the very first S-X Open International Supercross FIM Oceania Championship. 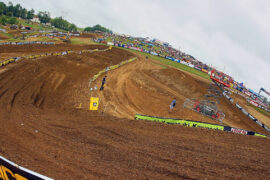 How to Watch 2021 High Point National 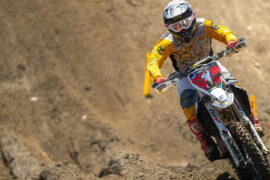 Zach Osborne Out for Remainder of 2021 MX Season 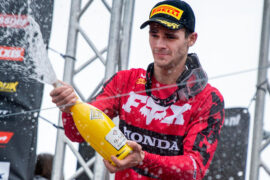