During the opening qualifying session at the 2019 Nashville SX, Austin Forkner went down hard through the whoops. Unlike the dozen or so of the #24’s other qualifying crashes in ’19, this time Austin injured his knee and very slow to get up. Austin returned for the final qualifying session and qualified 3rd overall, but after qualifying his injured knee likely tightened up and got worse.

Austin was a scratch for his 250SX heat race, but we were told he would line up for the LCQ to try and transfer to main and salvage some valuable points. The latest update, though, said Austin is officially out for the night and has left the stadium. Austin currently leads the 250SX East by 26 points, so no matter what he will leave with at least a share of the red plate. The 250SX East’s next race is not until 4/27 in New Jersey, so he has some time to heal up a little.

Check out Austin Forkner’s crash below. 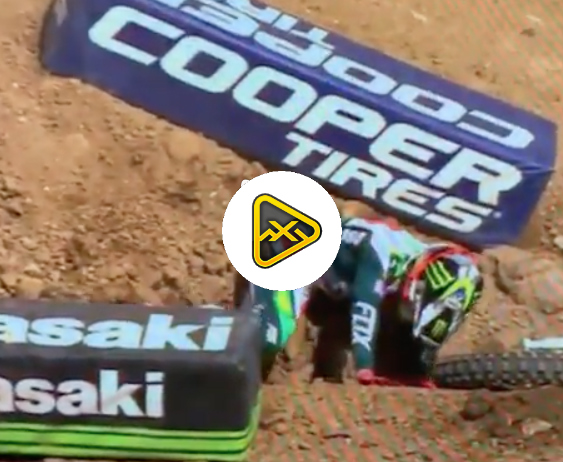