Vlaanderen Injured at MXGP of Trentino 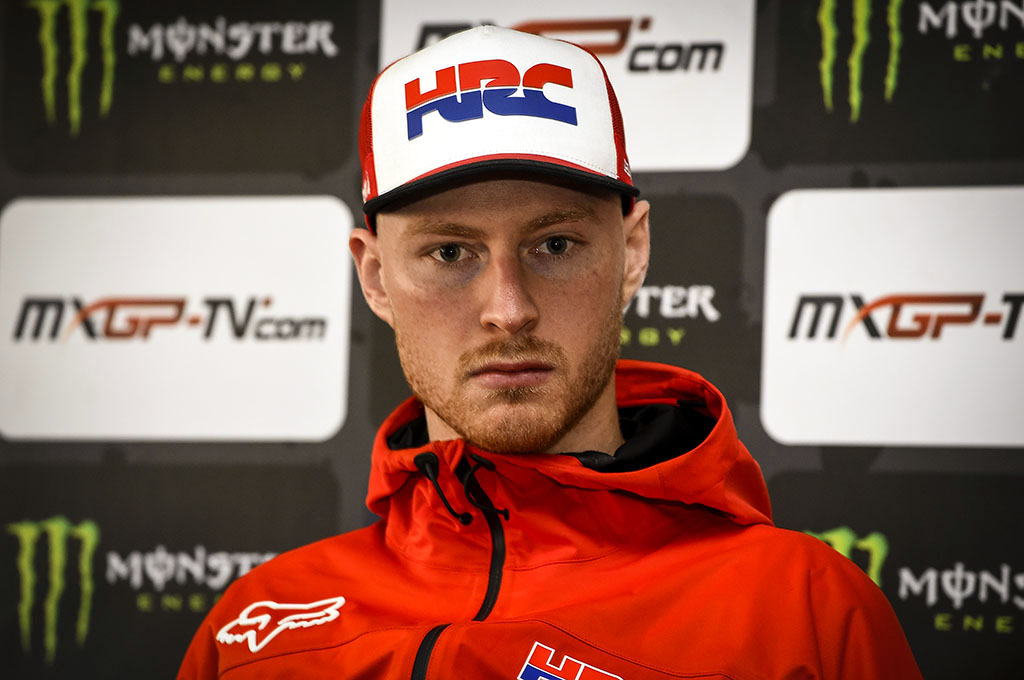 Team HRC’s Calvin Vlaanderen has been ruled out of the MXGP of Trentino after injuring his ankle whilst setting the fastest MX2 lap of timed practice. With just a few corners to go, Vlaanderen twisted his ankle and although he was still able to cross the line and get the number one gate pick, he had to withdraw back to the truck to access the damage.

After preparing his ankle as best he could, he lined up for the qualification race but it only took a short time before it was apparent that the had to pull out from the race. Upon getting back to the team truck, he was immediately taken to see the track medical team where it was diagnosed that he had cracked his fibula and sprained his ankle. After getting a second opinion from the highly regarded Dr Claes, it was decided that Vlaanderen would fly back to Belgium and get surgery on Monday morning, to try and give him the longest possible time to recover.

With the championship now taking a five week break before the fifth round of the world championship in Mantova, Italy, hopes are high that Vlaanderen will have recovered sufficiently in order to resume his battle for the MX2 title. At the time of the injury, the Team HRC rider was sitting in third place in the championship, just 29 pts off the lead, and with 14 rounds still to race after this weekend, there is still plenty of opportunities for him to regain the points lost and challenge for the podium positions.

Calvin Vlaanderen: “Upon getting it checked out at the medical centre, I found out that I have a small crack in the fibula and a badly sprained ankle. After getting a second opinion from my doctor, the advice was to get surgery done straight away, in order to try and be ready for the next round in Mantova in five weeks’ time. It is obviously disappointing news but I am confident it will go well and I can come back fit and healthy for round five of the MX2 championship.”

Marcus Pereira de Freitas, HRC General Manager:  “After such a great timed practice, it was really disappointing to learn that Calvin had damaged his leg so significantly. This injury has denied him the opportunity to show his speed in the races and he will now miss this weekend’s action. Our hope now is that the surgery will go well and that he can recover for the next round in five weeks’ time and everyone at Team HRC will make sure he receives everything he needs to make that happen in the meantime.”