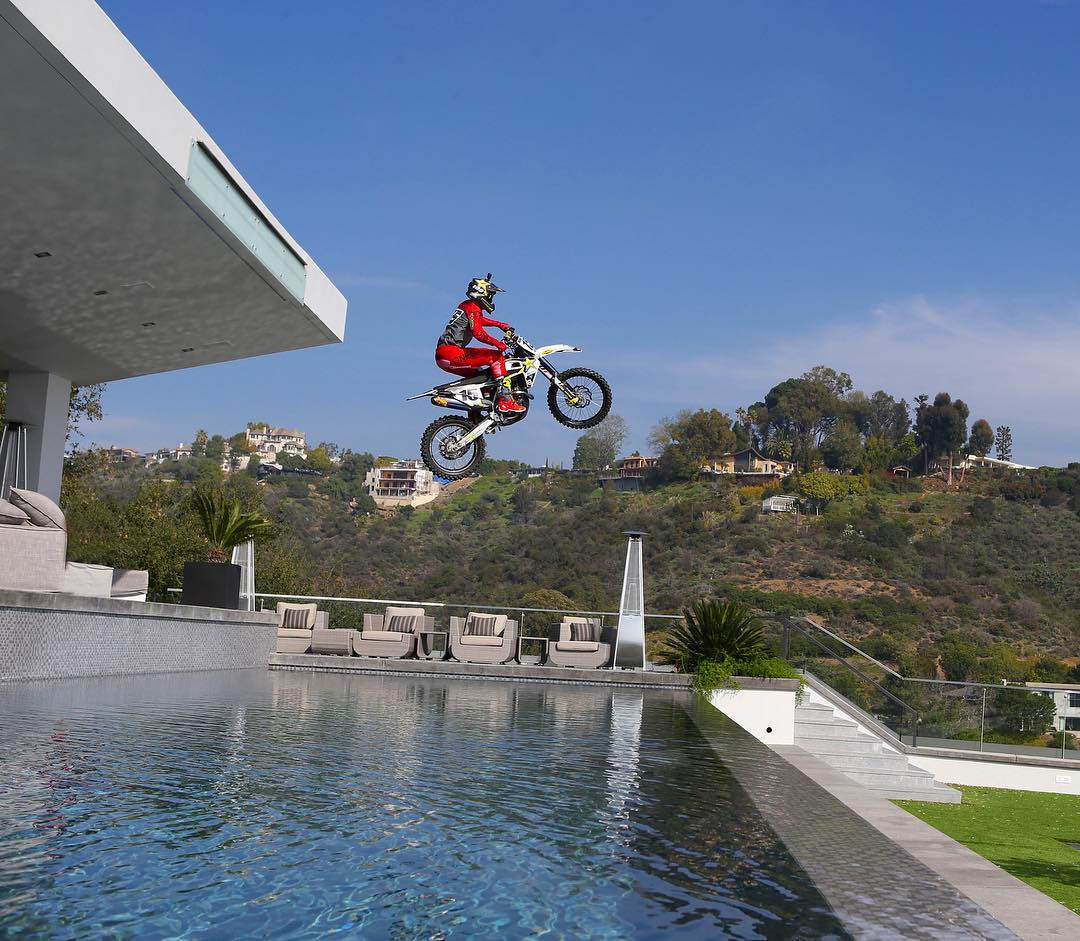 It is amazing to me that the injured Dean Wilson has to worry about finding a job in 2020. “The tough part of this is I have been trying so hard this year to be back where I need to be trying to get a job for next year,” Dean said after his crash last week. “It’s tough just hoping to have a ride each year,”

In 2019 Dean Wilson put in solid 450SX results—1 podium and currently 6th in the points—but I think what is making him an even more attractive hire for any company moving forward is his social media game. When you hire Deano, you get a solid podium contender, his million loyal followers across his myriad of social media accounts and characters like Grandpa Earl doing videos that are viewed more than 7 million times.

Luckily for Deano, guys like Dan Bilzerian (owner of Deano’s personal sponsor Ignite CBD and social media influencer) understands the value a guy like Deano brings to the table. Earlier this year, one of Deano’s social media stunts was jumping over Dan Bilzerian’s backyard pool on his Rockstar / Husqvarna 450. “On a scale of 1-stupid this was pretty stupid,” Dean said about the stunt from his @DeanWilson15 Instagram account. “It could have been bad if I got whiskey throttle and flew off Dan Bilzerian’s balcony. All day we were calling myself DEANO Knievel. Just a little BTS of my Ignite video we made riding at Dan’s house before the season”