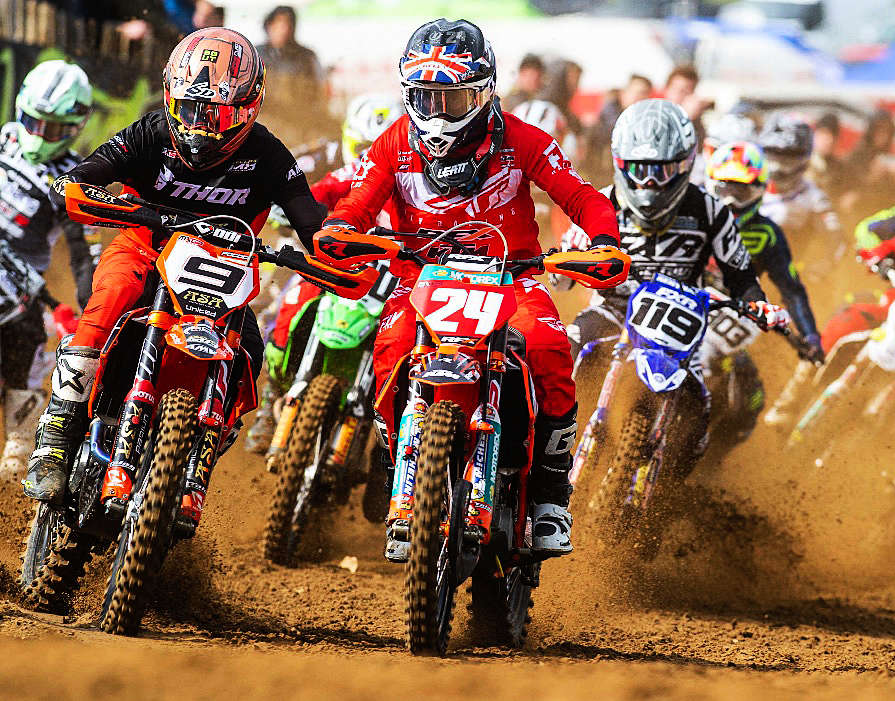 The country’s fastest racers converge on the tough and challenging Canada Heights track in Kent on Sunday for round three of the Maxxis ACU British Motocross Championship supported by Pro Clean.

The spectacular circuit offers a little bit of everything with a mix of hard-pack and the soft stuff and over the years its dramatic changes of elevation and big jumps have seen some unforgettable racing from the biggest names in the sport.

This time around it’s Shaun Simpson (RFX KTM powered by PAR Homes) who holds the red series leader’s plate in MX1 with a two-point advantage after going toe-to-toe with Tommy Searle (BOS Kawasaki) at the opening two rounds. Simpson landed the first blow at FatCat before Searle struck back at Lyng and the pair are just two points apart.

Sitting in third is surprise-package Lewis Tombs (Buildbase Honda). Following his last-minute upgrade to MX1 on the still-injured Jake Nicholls’ bike, he’s risen to the occasion and kicked off the year with a career-first Maxxis podium at FatCat and only lost out for third on a tie-break at Lyng.

The man who beat Tombs to the box last time out was Harri Kullas (Cab Screens Deos Group Racing Honda) and the Estonian Express – who sits fourth in the championship, 12 points down on Tombs – will be looking to go one or even two places better on Sunday and if he gets the starts he’s capable of doing exactly that.

Jake Millward (Chamber’s Racing Husqvarna) is another rider who’s impressed on his big-bike debut and sits fifth but with just 14 points separating the Sheffield man from 10th-placed Brad Anderson (Verde Substance KTM) on the two-stroke, it’s super-close at the moment.

MX2 is led by defending champion Conrad Mewse (Hitachi KTM fuelled by Milwaukee) whose double win at Lyng allowed him to snatch the red plate from his team-mate Bas Vaessen after the Dutchman won the overall at FatCat from him on a tie-break.

Practice kicks off at 9am with the first MX2 Youth race at 10.45am. First MX1 race is at noon. On-the-gate admission is £20 for adults, £5 for children with family tickets available priced at £45.

The track is situated in Button Street which is just off the A20 between Farningham and Swanley. Leave the M25 at the Swanley Inter-change (J3). Postcode is BR8 8DX.