Smith and McElrath Out, McAdoo In for High Point 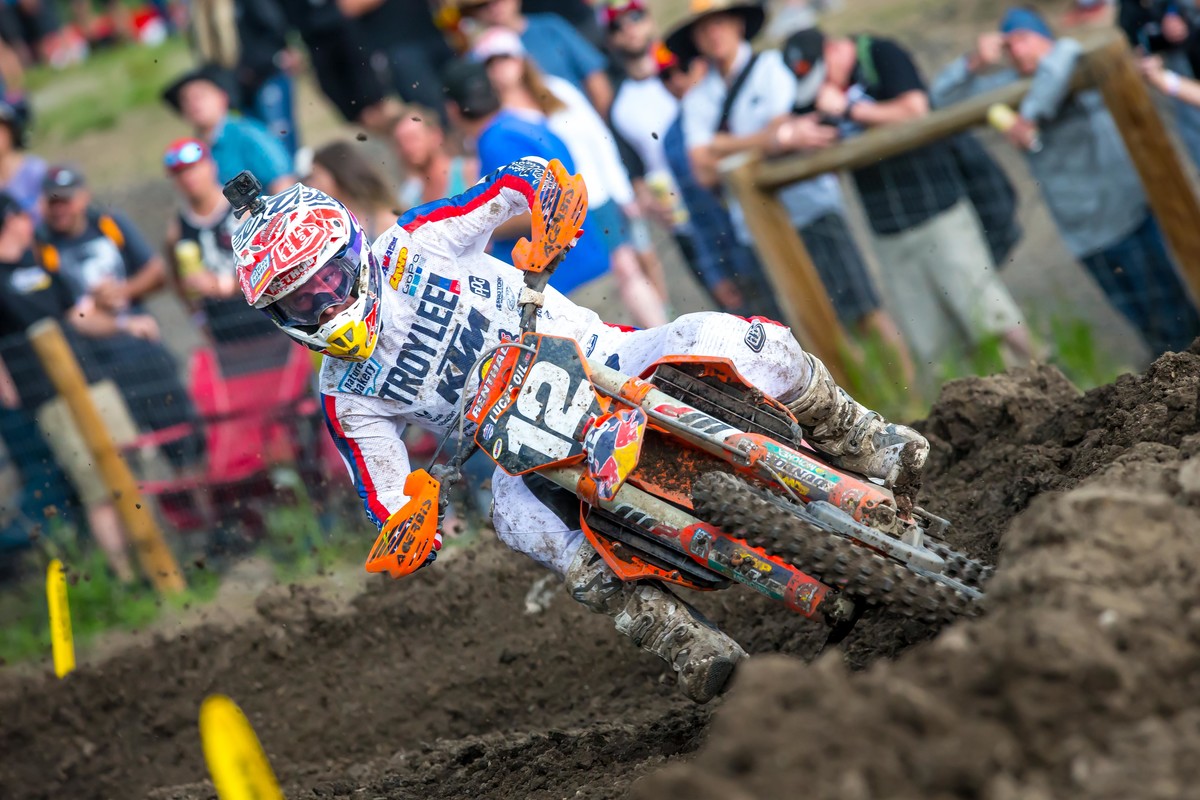 Last week we reported that Cameron McAdoo was spotted out at Glen Helen on a Troy Lee Designs / Factory KTM and that he would be filling in on the team for the injured Mitchell Falk. Today, the team finally made it official. The team also announced that both Shane McElrath and Jordon Smith would be missing this weekend’s 2019 High Point National and joining Falk on the injured list under the TLD tent.

Team Update: “Unfortunately, both Shane McElrath and Jordon Smith will not be racing this upcoming weekend at High Point, a team representative said today. “Earlier this week McElrath had a crash in practice that left him pretty shaken up. We are hopeful that with some rest this weekend he will be back next weekend in Jacksonville ready to go. As most know, Smith has been suffering with a wrist injury that he endured at Dallas Supercross this past season. Jordon has pushed these past weekends to try and be out there racing but the pain has become increasingly worse for him. Jordon will undergo surgery next week to fix the tendons in his wrist, we will keep you informed on his recovery in the next few weeks. We are ready to race this weekend and would like to take this moment to formally announce that we will have Cameron McAdoo filling in with us for the next 4 weekends. Derek Drake and Wilson Todd will join Cameron McAdoo this weekend at Highpoint for Rd. 4 of the Pro Motocross series.”

It has been a rough 2019 for the Factory KTM 250 team, and definitely, a year Tyler Keefe (TLD Team Manager) would like to forget happened. It is now up to the rookie and the two fill-in riders to try and turn things around for the boys in orange.