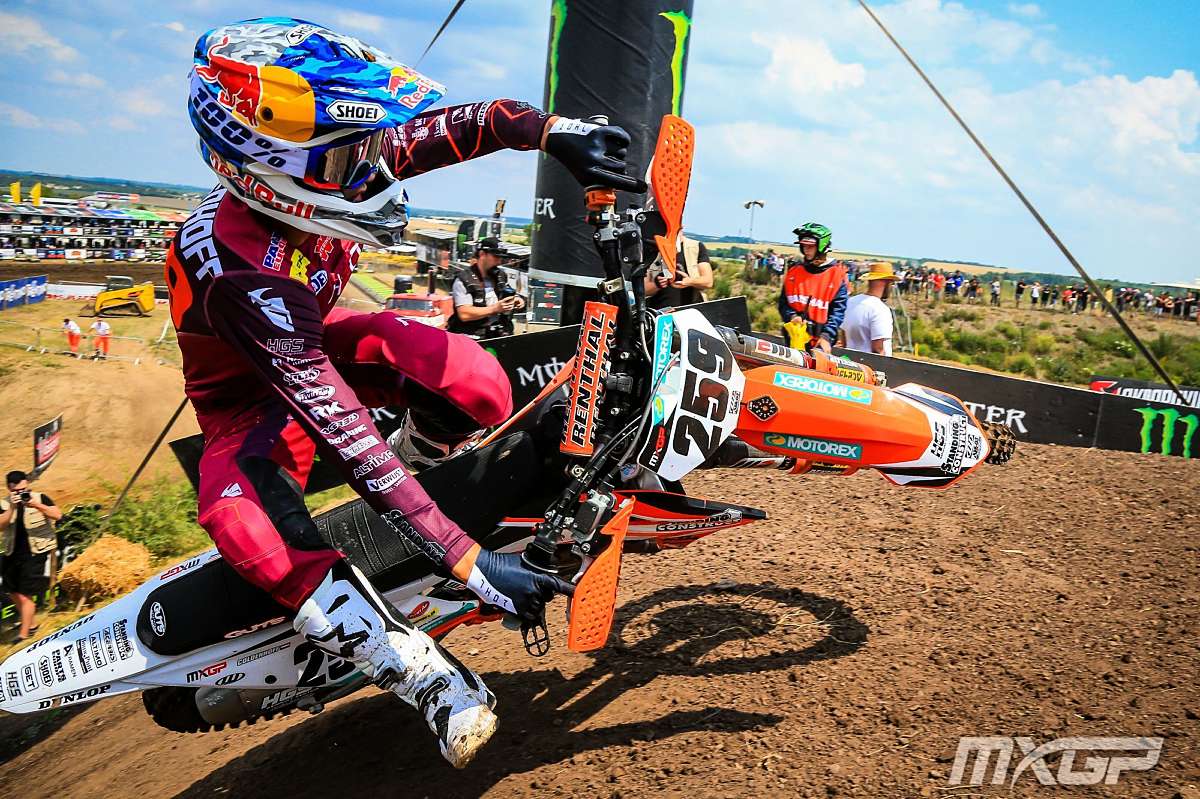 While it was Glenn Coldenhoff who won the final round of the Dutch Masters of Motocross, it was Arminas Jasikonis who has won the Dutch 450 championship. Coldenhoff finished with 1-1 for the day, but came in nearly 30 points behind Jasikonis in the championship race 183 points to 157 points.

Roan Van de Moosdijk continues his improvement with victory in the MX2 class ahead of Calvin Vlaanderen and Adam Sterry. Henry Jacobi won the MX2 championship with 151 points, second was Jago Geerts with 138 points and third was Van de Moosdijk.