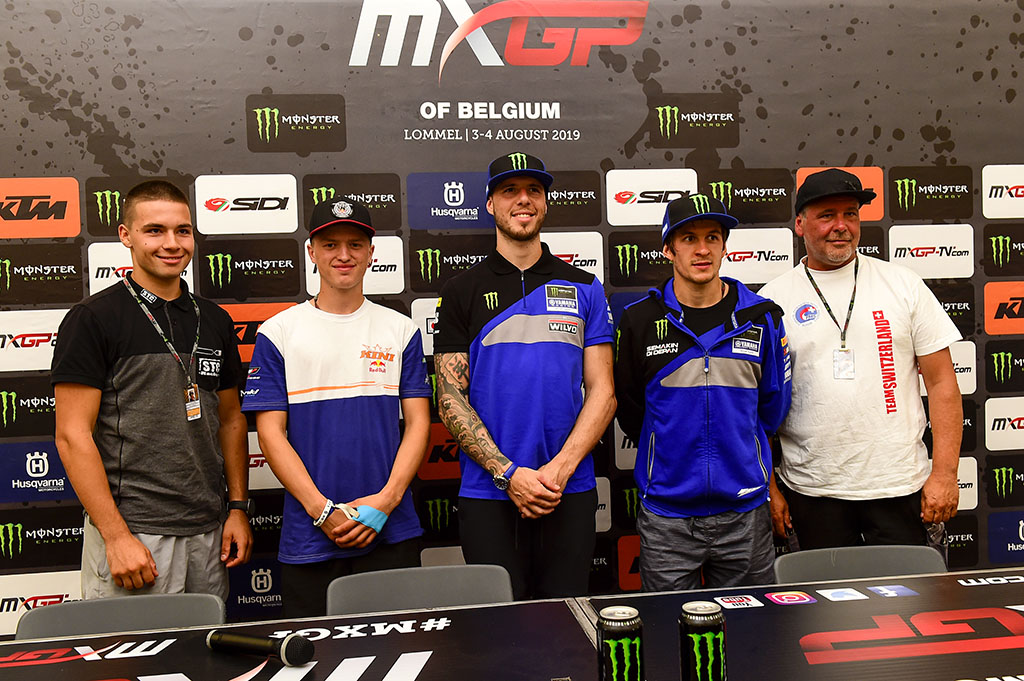 Daniel Zollinger presented the Swiss line up which is going to compete in Assen, The Netherlands on September the 29th. Jeremy Seewer is going to lead the team in MXGP class, Arnaud Tonus will ride the Open class while Valentin Guillod who unfortunately could not join the presentation will represent Swizterland in MX2 class. The Swiss Federation also called 2 young talents to be reserve riders to represent Switzerland: Mike Gweder and Loris Freidig.