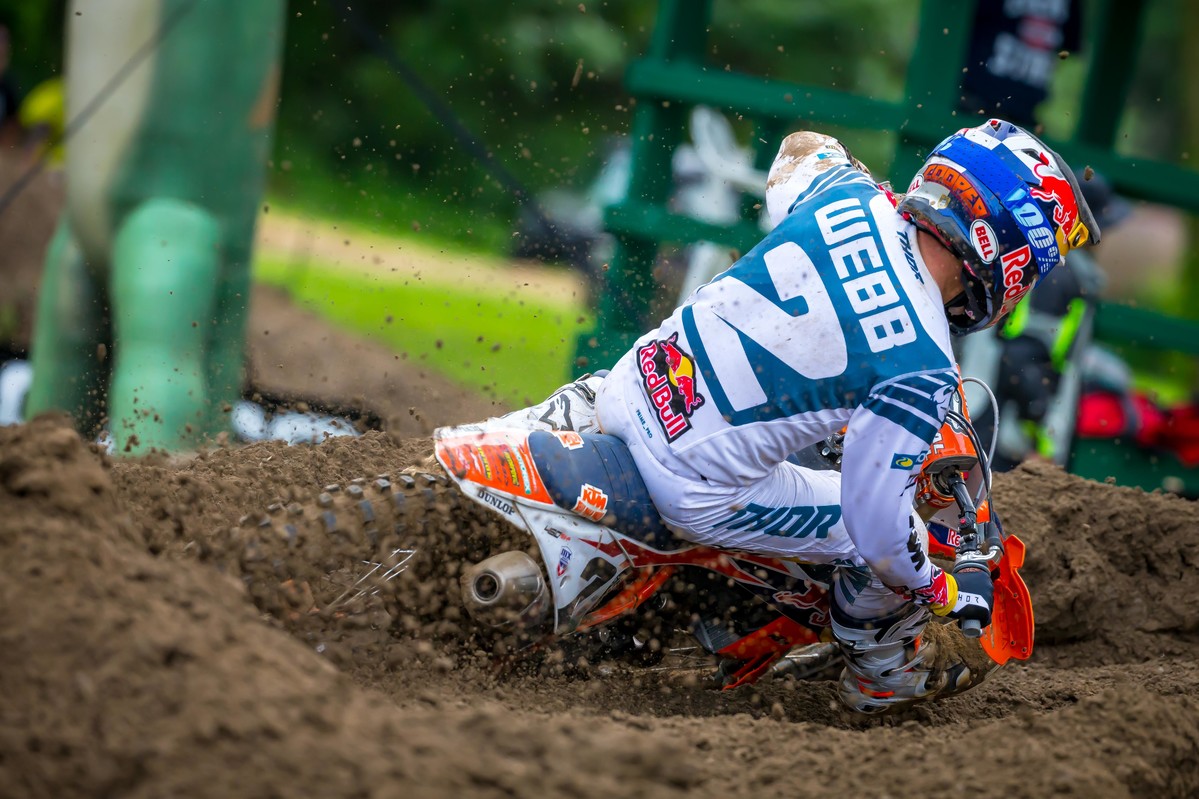 Late in moto one of the 2019 Unadilla National while running 6th, Red Bull / KTM’s Cooper Webb got off balance, dabbed his foot and injured his knee. KTM team manager, Ian Harrison, told NBC Sports that Cooper has left the facility and is on his way to get an MRI on that knee to check out what kind of damage has been done.

Whatever it is, it’s never good to have a knee injury. With five months before Anaheim 1 and Cooper’s first title defense beginning in January, he will have ample time to recover if it’s not too bad. We will bring you more updates as soon as we get an official word from Cooper’s team.