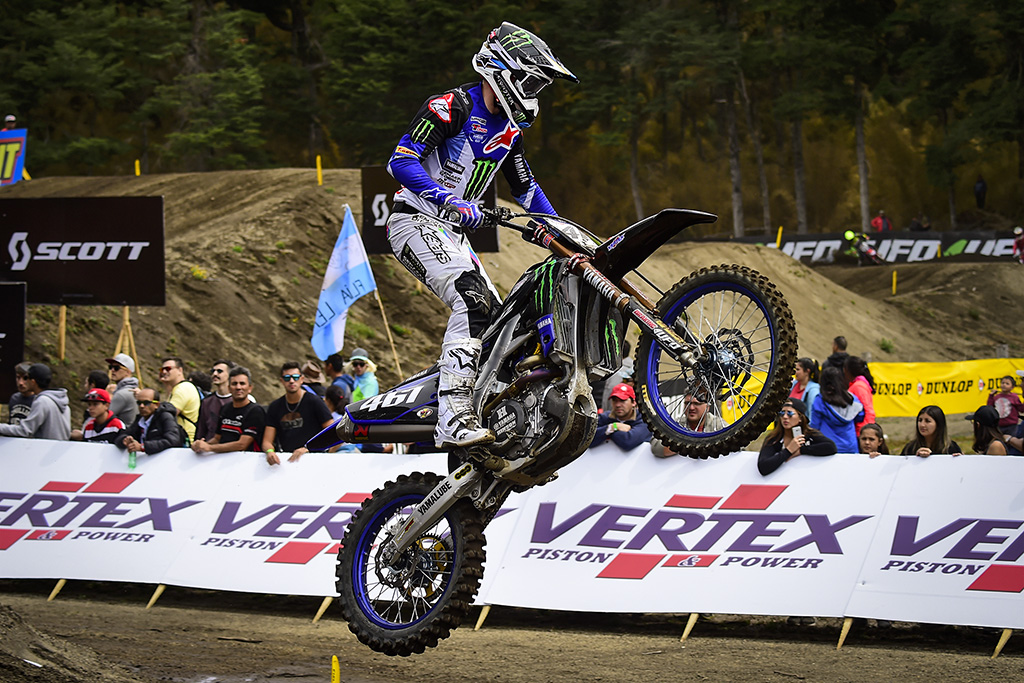 Following a heavy fall in the final race at the 16th round of the FIM Motocross World Championship in Uddevalla, Sweden, Monster Energy Yamaha Factory MXGP’s Romain Febvre has suffered a broken left femur.

After finishing second position in the opening race, Febvre was chasing the Grand Prix victory in Race 2. The former World Champion took the holeshot onboard his YZ450FM and led the first 13-laps before high-siding over a single-jump after changing his line to pass a rider that was one lap down. He landed heavily on his left thigh and was immediately taken to the trackside Medical Centre for observation.

The doctors and paramedic’s onsite confirmed that his left Femur was broken and transferred him to Trollhättan hospital where he underwent an operation this afternoon, Monday 26th August, to have a rod surgically inserted into the bone for stability.

Febvre will recover from the operation under the watchful eye of his surgeon at the Trollhättan hospital in Sweden until he is fit enough to travel back to his residence in Belgium. Sadly, the injury will rule the ‘461’ out of the final two MXGP rounds as well as the Monster Energy FIM Motocross of Nations where he was hoping to take Team France to a sixth consecutive victory.