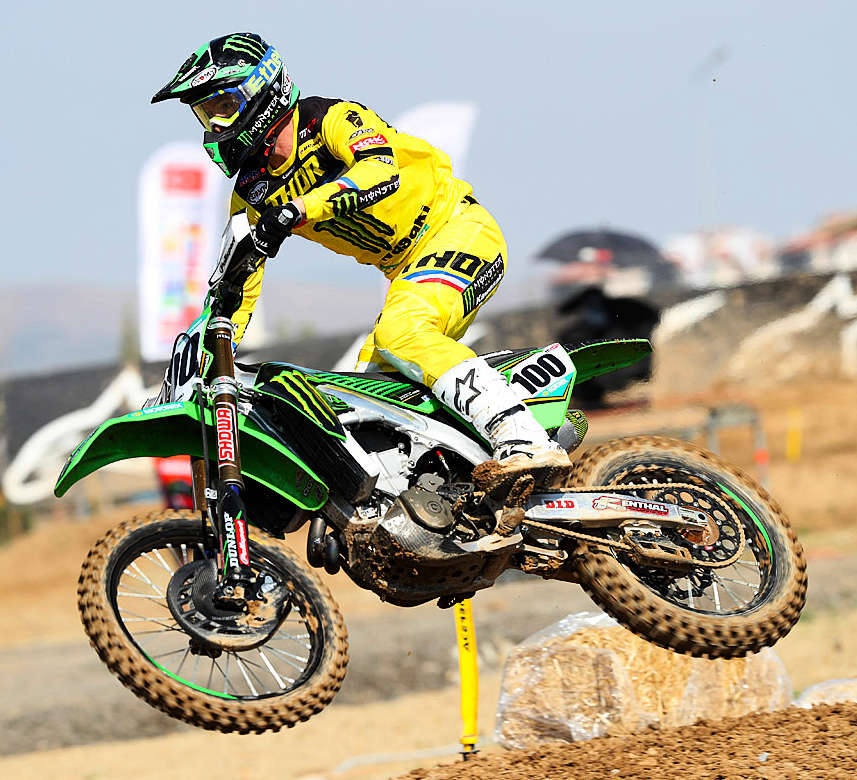 The Monster Energy Kawasaki Racing Team travel this weekend at Afyonkarahisar in Turkey, for the penultimate MGP of the season. After a crash during the warm-up on Sunday morning, Tommy Searle wasn’t able to race this 17th round of the FIM Motocross World Championship.

As all the other teams involved in the Championship, the Monster Energy Kawasaki squad sent a ‘light structure’ for this event, sending the crafts of material with the official supplier of the championship while the organizers provide a tent on site. It will be similar next week for the first-ever MXGP of China, and the material will be sent to Shanghai by air.

Back on a track built one year ago to welcome the MXGP in Afyonkarahisar, four hundred kilometers far from Istanbul, Tommy Searle posted the twelfth fastest lap in both practice sessions on Saturday and later qualified in the eleventh position for the GP. But during the warm-up on Sunday morning, in his fifth circulation, Tommy crashed and suffered a shoulder contusion which forced him to withdraws from the GP. He will normally be back on track next weekend in China for the final round of the 2019 championship.