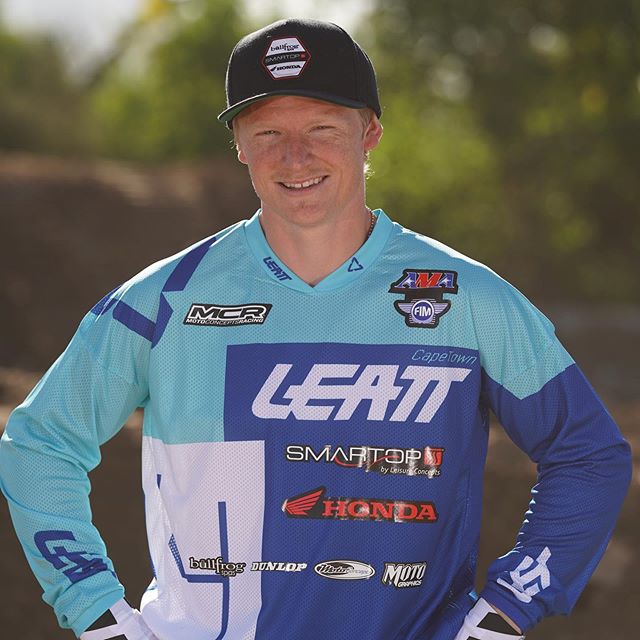 Smartop/Bullfrog Spas/MotoConcepts/Honda is pleased to announce that Yoncalla, Oregon’s Justin Hill will join the team for the 2020 Monster Energy Supercross Championship Series. The former Western Regional 250 Supercross Champion will compete in the 450 class aboard a Honda CRF450R, joining returning team members Malcolm Stewart and Vince Friese.

“Justin has championship speed and abilities and we are excited to have a rider of his caliber join the team,” said Smartop/Bullfrog Spas/MotoConcepts/Honda team owner Mike Genova. “While Justin has had a couple of tough years; we believe that with hard work and commitment on his part, combined with our race-proven MCR Honda, he can be a top contender in 2020.”

After winning the 2017 Western Regional Supercross Championship, Hill spent the next season defending his title before moving up to the premier 250 division in 2018. The next two years were riddled with bad luck and injuries that kept Hill from realizing his true potential, but he looks to regain his form with a fresh start in 2020.

“I’m really excited to be a part of the Smartop/Bullfrog Spas/MotoConcepts/Honda team,” said Hill. “Change is good and working with this new group of guys is a breath of fresh air. The bike is amazing, and I am looking forward to racing to the top this coming season.”

Hill will pilot a 2020 Honda CRF450R built by mechanic Jake Chase; but will wait to make his competition debut until the January season opener rather than at this weekend’s Monster Energy Cup in Las Vegas, Nevada.

“We are definitely excited about signing Justin Hill,” said Team Manager Tony Alessi. “Interestingly enough, he has ridden with us about six or seven times, and each and every time he has managed to turn in the fastest lap of the day. If he can build the fitness to maintain that pace throughout a race, he will be a winner for sure. His fitness program begins in November, and we are looking forward to enjoying a great season together.”