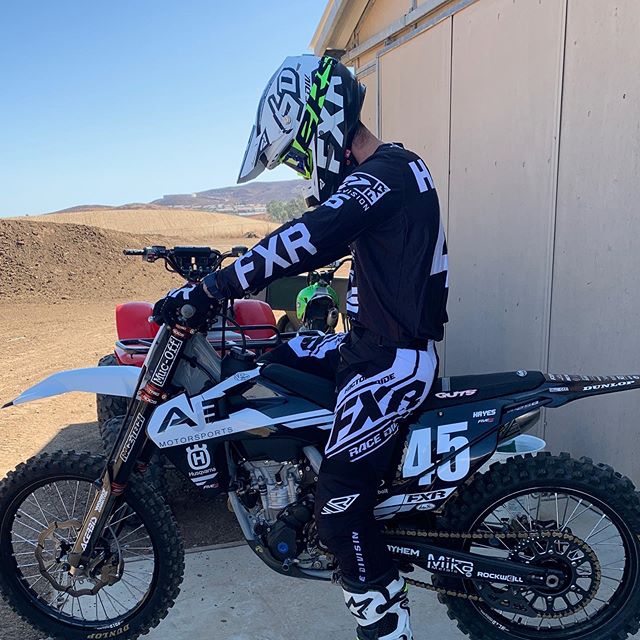 After winning the AMSOIL Arenacross Championship in 2018, Jacob Hayes entered the Monster Energy Supercross series as a 25 year-old rookie in 2019. On the Cycletrader / Yamaha, Jacob finished the season with one top five finish at the Oakland SX and he ended up 11th overall in the 250SX Western Regional Championship despite missing the final two main events with a hand injury. We thought Jacob possibly showed enough to get a shot with one of the satellite factory teams for 2020 but it did not happen for him.

While Jacob did not get a deal with a top tier team, he did get a ride with a very solid effort. Today, it was officially announced that Jacob will return in SX in 2020 aboard the AJE Motorsports / Gas Monkey Energy Drink / Husqvarna team along side Josh Osby. Jacob has some serious SX skills and with a full year of SX under his belt and a healthy offseason, I think he can do some damage next year.

“We would like to officially welcome #45 Jacob Hayes to AJE motorsports,” the team said from their Instagram account. “We are pumped to have Jacob as part of the team. He brings a ton of knowledge about our sport and has the drive to prove what he came to accomplish on a Supercross track. Jacob will be riding alongside his new teammate, Josh Osby, for the 2020 sx season. We couldn’t be happier with this line up!”