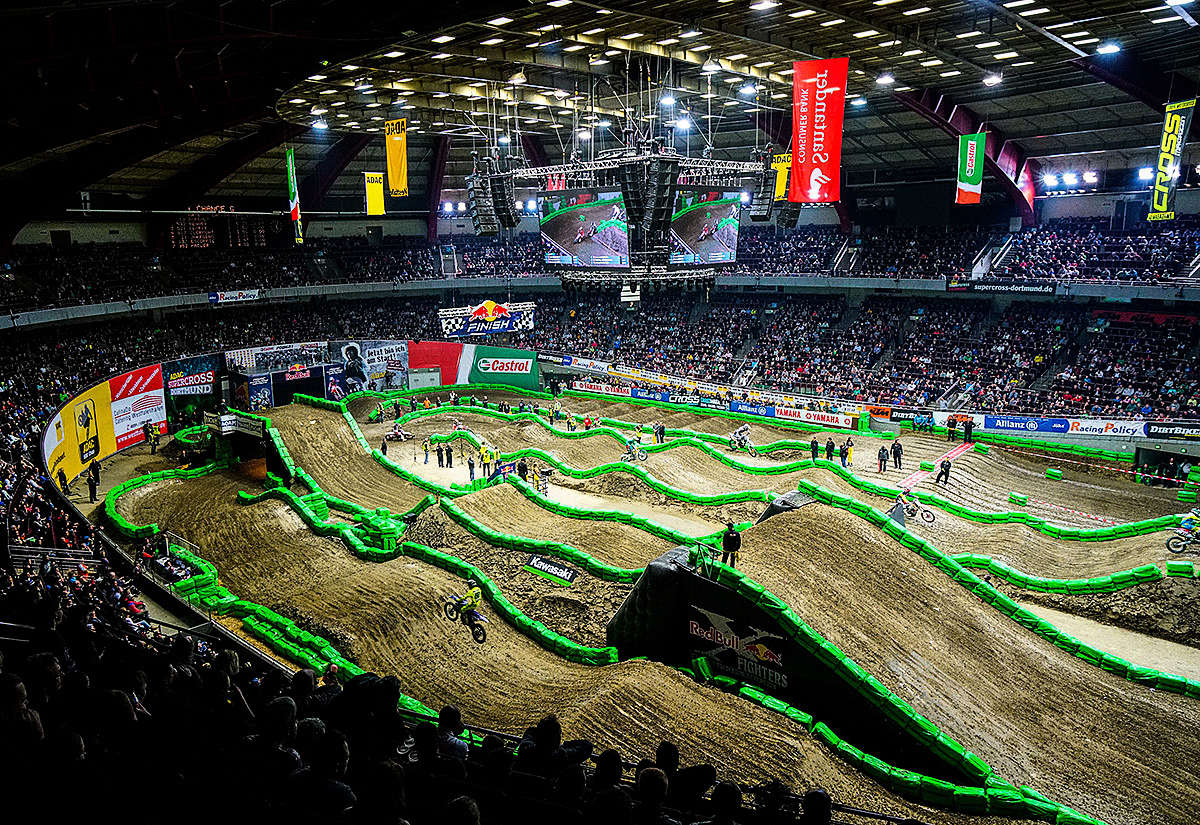 Preparations for the 37th ADAC Supercross Stuttgart on 8th and 9th November 2019 are entering the final phase. From Wednesday, the Hanns-Martin-Schleyer-Halle will be transformed into a motorsport arena again. Traditionally, American drivers compete with a strong starting field. Highly traded by the experts is Tyler Bowers (Kentucky).

The 28-year-old Kawasaki rider has claimed overall victory in the ADAC SX Cup over the past two seasons. In addition, two former “Kings of Stuttgart” in the squad of Americans want to have a say on the title: Matt Goerke won in 2010 and Mike Alessi drove in 2011 all the way to the front in the Schleyer Hall.

From a European point of view, the Frenchman Charles Lefrancois can calculate good chances, he is known in the scene for his quick start. Dominique Thury from the Erzgebirge keeps German colors high at the Stuttgart Motorsport Classic. After a strong third place in the Supercross Chemnitz last year, he hopes in 2019 in Stuttgart on a similarly good placing.

The first night offers pure racing action after a spectacular pyro-show. In addition to the two qualifying races in classes SX1 and SX2, our offspring shows what he can do here. In addition to the professionals, experience our 7 to 12-year-olds who lack courage and ambition compared to the big ones.

In the following 35 minute break, you have time to visit the Trade Show. There, waiting among other signings with the kids for you. Or drop by the paddock again and experience the drivers first hand after their first races.

The second block of events starts directly with the four freestyle guys, who keep things neat before it’s in the hopes – last chance for the final! Afterward, the best SX1 riders will show what they can do in a duel, before the top twelve in each class fight for victory in the finals of the SX1 and SX2. In the end, the freestylers will again be waiting with their top tricks.