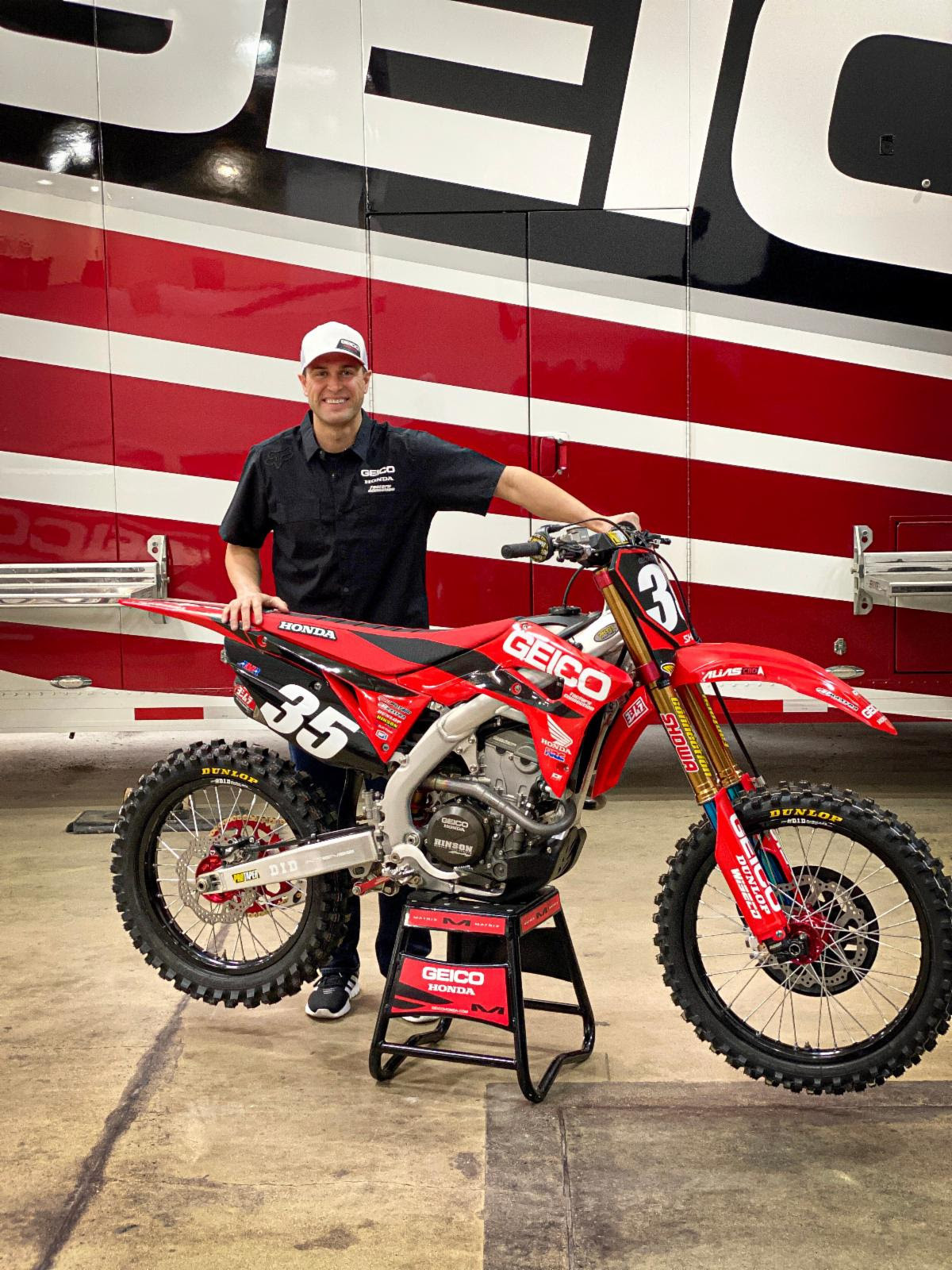 Factory Connection Racing announced today that Ryan Dungey has joined the GEICO Honda team as a part-owner. The five-time AMA Supercross Champion (four 450, one 250) and four-time AMA Pro Motocross Champion (three 450, one 250) retired from racing after the 2017 season. Now he will directly contribute to the operation of Honda’s satellite 250cc supercross/motocross race team and its elite amateur motocross race effort and will provide invaluable counsel and coaching for the riders.

“After I stopped racing, there were a couple years of waiting for the right thing that made the most sense for me and my family,” Dungey explained. “This came along, and it’s a huge opportunity that checks all the right boxes. Factory Connection Racing is a premier team that has had a lot of success and has a great lineup of talented riders. I’ll be able to apply my experience and knowledge to the next generation and future generations of riders and, because I’m a part-owner, it’s something long-term that I can help to build and grow for the future. Between all that and being involved with the Honda organization, there are a lot of positives, and I’m excited to get to work.”

“We’re so pleased to have a champion of Ryan’s stature join our organization,” said Factory Connection Racing owner Richard “Ziggy” Zielfelder. “His racing record speaks for itself, but he has also always been known as a professional off the track as well. We’re very confident that his involvement with the team will help us to continue growing and improving, and we look forward to a successful future together.”

Factory Connection Racing has been a satellite race team for American Honda since 1998 and the official 125 then 250 team for American Honda since 2001. Race wins in both classes in AMA Supercross and AMA Pro Motocross have led to eight regional Supercross titles and two National Motocross Championships. All of this has been accomplished on trusted and always fast Honda motorcycles.
0