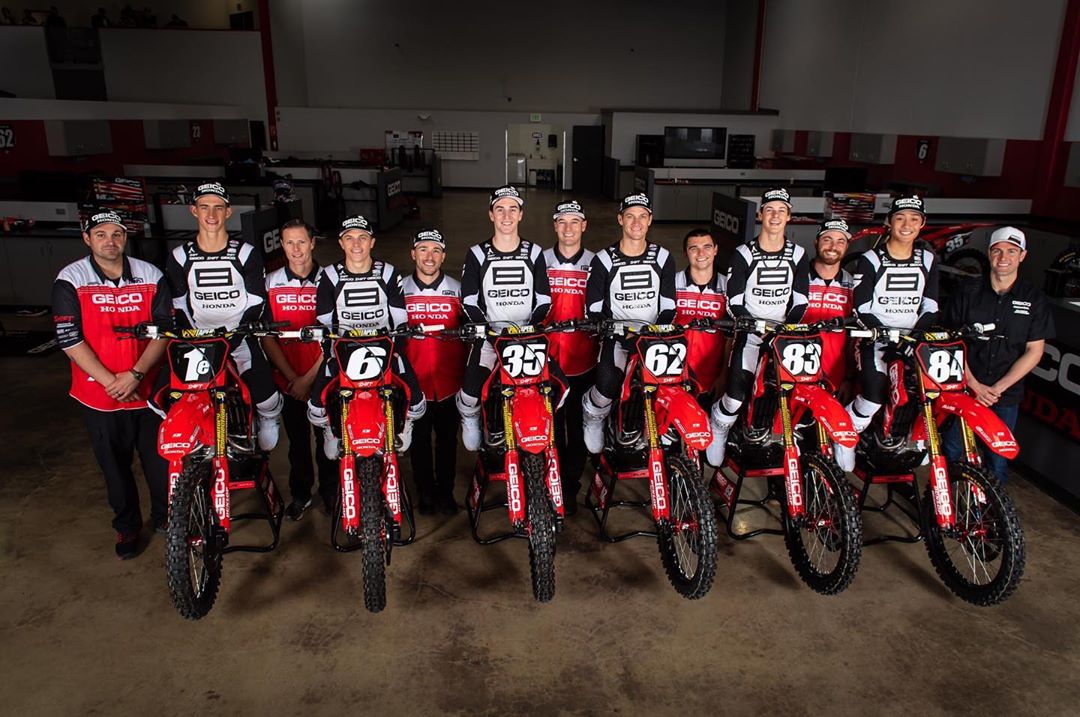 To start with, Ryan Dungey signing on to the GEICO / Honda / Factory Connection Racing Team as a co-owner was a complete surprise to me when it was announced, but now this? Just two months into his tenure as co-owner of the team, Ryan announced today that he is discontinuing his relationship with them.

“After months spent with the Factory Connection Racing team and discussions with the team’s owners.” Ryan announced from his Instagram account. “it’s tough to say we will be discontinuing our relationship. I found this is to be a larger commitment than I can give it at this stage in my life. It’s not in my style to do a job halfway, nor is it fair to the team to not get the full efforts that they deserve. My overall impression of the team is very high. I’m grateful for the time they gave me and how much Jeff Majkrzak and Rick Zielfelder helped me in my life journey. I hope for continued success for the team and the Honda organization.”

After we read Ryan’s statement on Instagram, we noticed a press release in our inbox sent out by the other co-owner—now just owner I would guess—of the GEICO / Honda / Factory Connection Racing Team team, Richard “Ziggy” Zielfelder, along with his statement on the situation as well.

“When we joined with Ryan just under three months ago, we had high hopes for our partnership, and we’re sorry to see it end prematurely,” said Factory Connection Racing founder and owner Richard “Ziggy” Zielfelder. “That said, we understand the significant travel and time commitments that come with team ownership, and we respect Ryan for recognizing that it wasn’t something he was prepared to do long-term. In addition to being a great champion, Ryan is a true professional, and it has been a pleasure to work together during this brief period. We wish him all the best going forward, and we look forward to seeing him at the races.”

I would love to give you more information than what we see in Ryan’s and Ziggy’s statements, but we have nothing more for you on this one other than speculation. It is hard to imagine a world where Ryan did not understand the level of commitment needed to be a co-owner of a factory-level team, but for now, let’s give the former champ the benefit of the doubt. I mean he did retire from racing to start a family and focus more on that back in Minnesota and he has never, in fact, co-owned a factory-level team before. I have heard a myriad of conspiracy theories, but there is a conspiracy theory attached to everything in 2020. We will wait and see if this story develops more, but for now, we will take Ryan and Ziggy’s words for it. Both are well respected for good reasons.