Monster Energy Supercross “We Are Back” 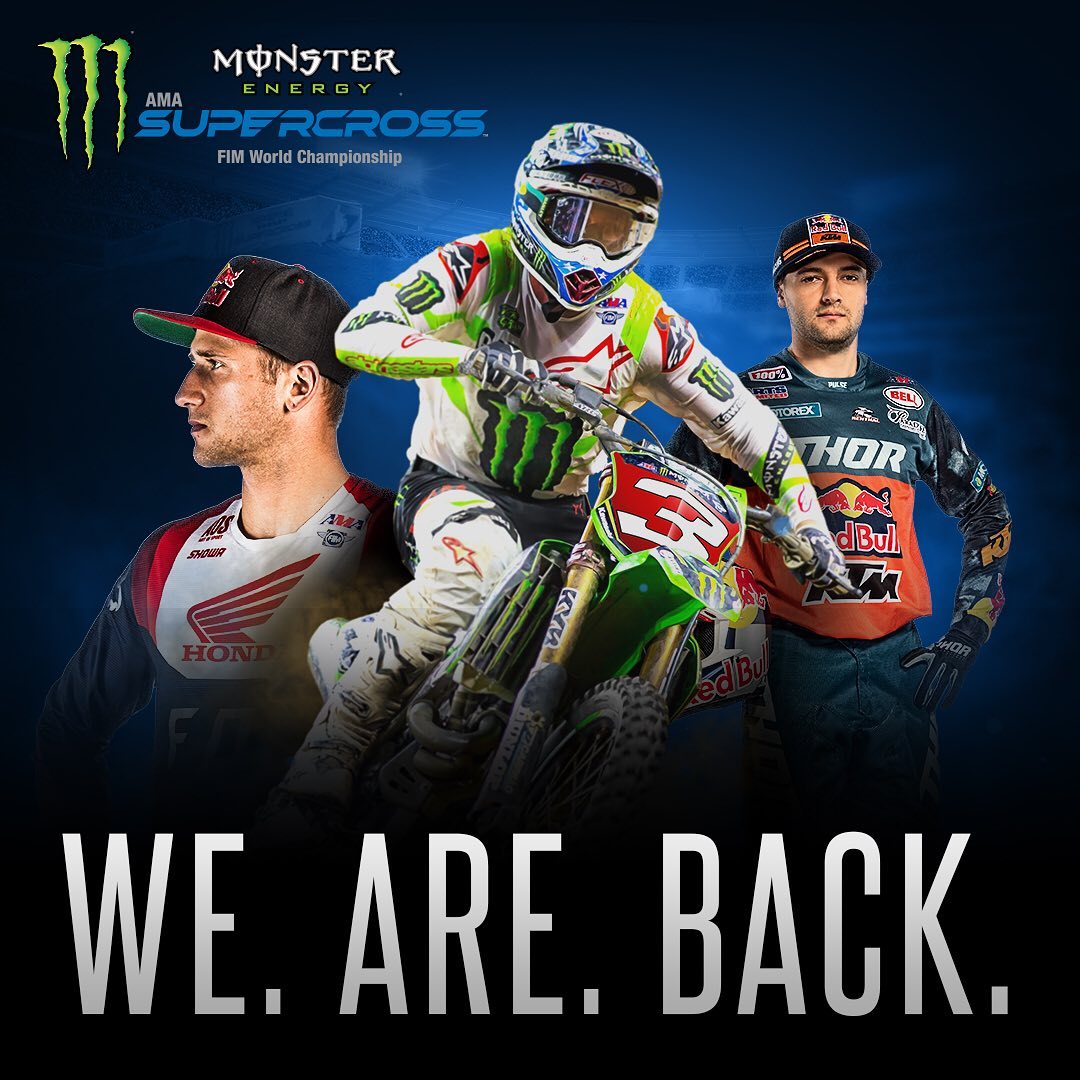 Three words were on an Instagram photo sent out by FELD—the promoters for Monster Energy Supercross—today: “We Are Back”. Those three words bring a massive amount of excitement for the fans and the media alike, and tomorrow we are expecting an announcement on when and where the Monster Energy Supercross series will conclude their final nine rounds of the 2020 season.

Early speculation had the final seven rounds taking place at Glendale, Arizona’s State Farm Stadium, and with Arizona’s Governor Doug Ducey announcing that the NBA, NHL, NFL, and most other sporting events would be free to use their stadiums without spectators starting this Saturday it seems to be a likely choice. Although, we have also heard that Salt Lake City, Utah, and Houston, Tx were also on a shortlist to host some or all of the events as well so we are still not sure. One moto news outlet wrote today that they are sure it is going to be in Salt Lake City, but with the touch and go climate we are in with Covid-19, we are not going to commit to anything until we see the official press release. Either way, we are pumped that we could possibly hear an official announcement tomorrow.

We will bring you updates as soon as we get them.