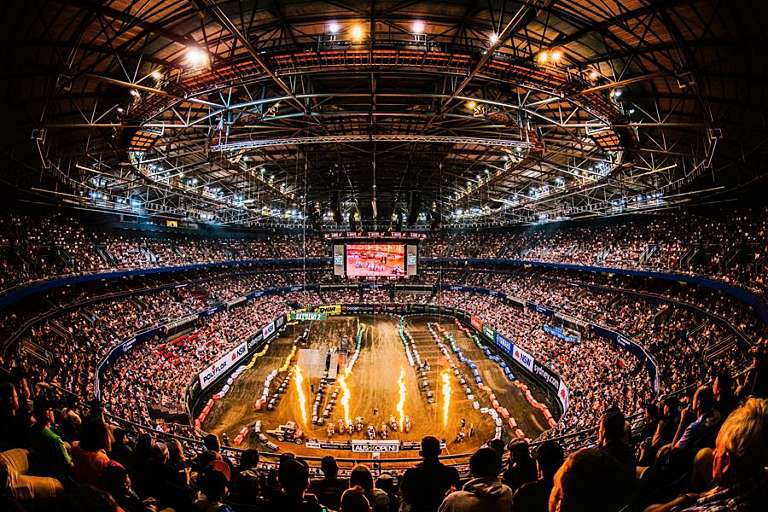 Australian SX and MX – Is it Happening?

Australia, with very few cases of the coronavirus, continue to be very careful and not risking a single life to continue their economy or sporting events. While most countries around the world are in full swing with sporting events, some with crowds and some without, the Aussies are still thinking long and hard about coming back with their motocross and supercross series.

The sport’s national governing body in Australia MA is currently planning a motocross series within New South Wales, Victoria, and Queensland, with 5 or 6 rounds between September and November.

“The prospect of the 2020 Australian Motocross Championship not being able to commence, even in a COVID environment, would have been detrimental to the sport, for the industry and clearly a sad day situation for our members,” commented MA CEO Peter Doyle. “A national motocross championship is a critical component of a healthy motocross scene in Australia and MA wants to ensure the future success of the series, as well as help, develop future Australian world champions in the sport. We know riders and teams are eager to race and we are working very hard to develop a 2020 season that will showcase the best motocross action. In this difficult COVID-19 environment, MA plans to tap into every resource we have, work with the clubs and our partners to ensure that we can provide teams and fans with a realistic championship calendar.”

While the motocross series is looking positive, the organizers of the Australian Supercross Championship want to run a three-round series in 2020, obviously in the last part of the year. The AUS-X Open is nearly 100% no chance of running, but the three-round Australian supercross championship seems likely to happen.

“In addition to motocross, we’re in discussion with the supercross promoters,” Peter Doyle said. “Some of the major events will be affected obviously by the closure of international borders, so large events like the AUS-X Open, for sure, they’re in jeopardy – there’s no secret there. However, we are still looking at a smaller three-round supercross championship. The complexity now is to fit those in with the motocross, which is why we’re saying that series will be five to six rounds. Should supercross not be able to run, we would possibly extend the motocross season out.”

As for Australia competing in the 2020 Monster Energy Motocross of Nations, I can’t see why that can’t happen, as they will have Mitch Evans, Jed Beaton and a handful of other Australian riders competing that weekend in the Grand Prix and it would be ridiculous not to have them involved in that event. Australia has a great shot at making the podium, something they have only done once in their team’s history.