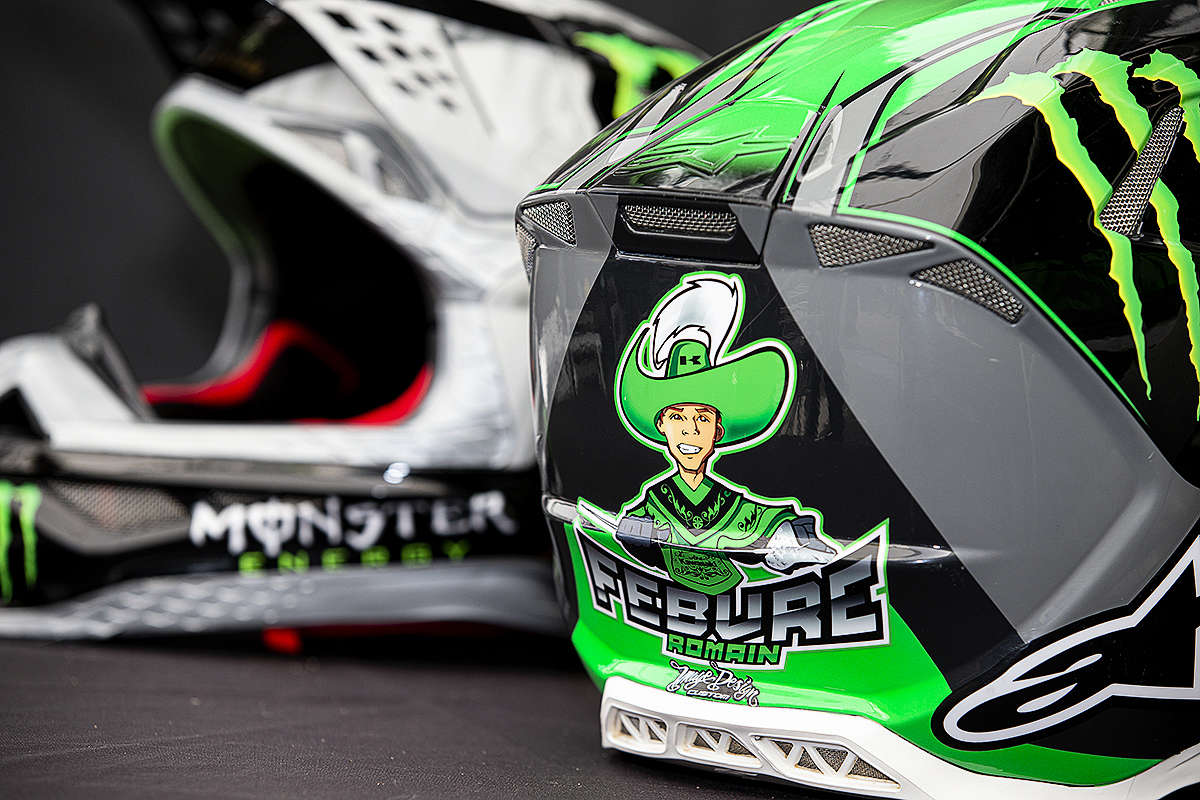 Febvre led the second MXGP moto with Coldenhoff second, then Bogers, Paturel, Jacobi, Jaskonis, Vlaanderen, Monticelli, and Herlings down in 25th place early (was dead last) and also Jeremy Seewer back in the pack after a crash. With a lap, Herlings was up to 16th, just behind Seewer and charging hard.

Three laps in and Febvre held a 2.6 second lead over Coldenhoff, with Bogers a further two seconds back in third place. Watching Herlings come through the pack, riding twice as fast as the guys around him is always special, and he quickly moved into 12th, Seewer into 10th.

Febvre maintained his lead over Coldenhoff, with Bogers working hard to stay in third, as the top three made a break from fourth-placed rider Paturel, who was getting a lot of pressure from Jacobi, Vlaanderen and Jasikonis.

Five laps and the lead was just two seconds, but 13 seconds back to fourth-placed Paturel. Seewer moved into ninth place and Herlings was in 11th, but right on the back wheel of both Monticelli and Seewer.

Coldenhoff continued to cut down the lead of Febvre, and a great battle between Lupino, Seewer, and Herlings as they fought over 8th place. Six laps and Coldenhoff was close to Febvre, as they dropped Bogers a little. Lupino dropped to 11th place as Seewer moved into 8th and Herlings ninth.

Another lap and Coldenhoff was putting a lot of pressure on the leader and Jasikonis moved into fourth place. Lapped riders started playing their part with the two front guys trying to find the clean lines. Seewer and Herlings were making time on the front guys, but it seemed a struggle and maybe they both decided to settle.

Having been locked together Febvre suddenly had a 1.2 second lead over Coldenhoff, and Jasikonis was making time on Bogers for third place. Seewer into seventh as Jacobi spilt the Yamaha rider from Herlings. Herlings into eight on lap nine, and then also passed Paturel for sixth position, the Bullet was coming as he set his sights on Seewer and Vlaanderen.

Lap 10 and Febvre remained in control of the race just ahead of Coldenhoff, then Bogers, Jasikonis, Vlaanderen, Seewer, Herlings, Paturel, Jacobi, and Petrov 10th. Vlaanderen under all sorts of pressure from Seewer and Herlings for fifth place as they entered the 11th lap.

Unlike the first MXGP race some really good battles as Febvre held off Coldenhoff and Seewer and Herlings went at it.

Massive changes in the dying stages of the race as Bogers and Jasikonis got past Coldenhoff, and Herlings moved past Seewer for fifth place. The race win though went to Febvre and he also took the overall.