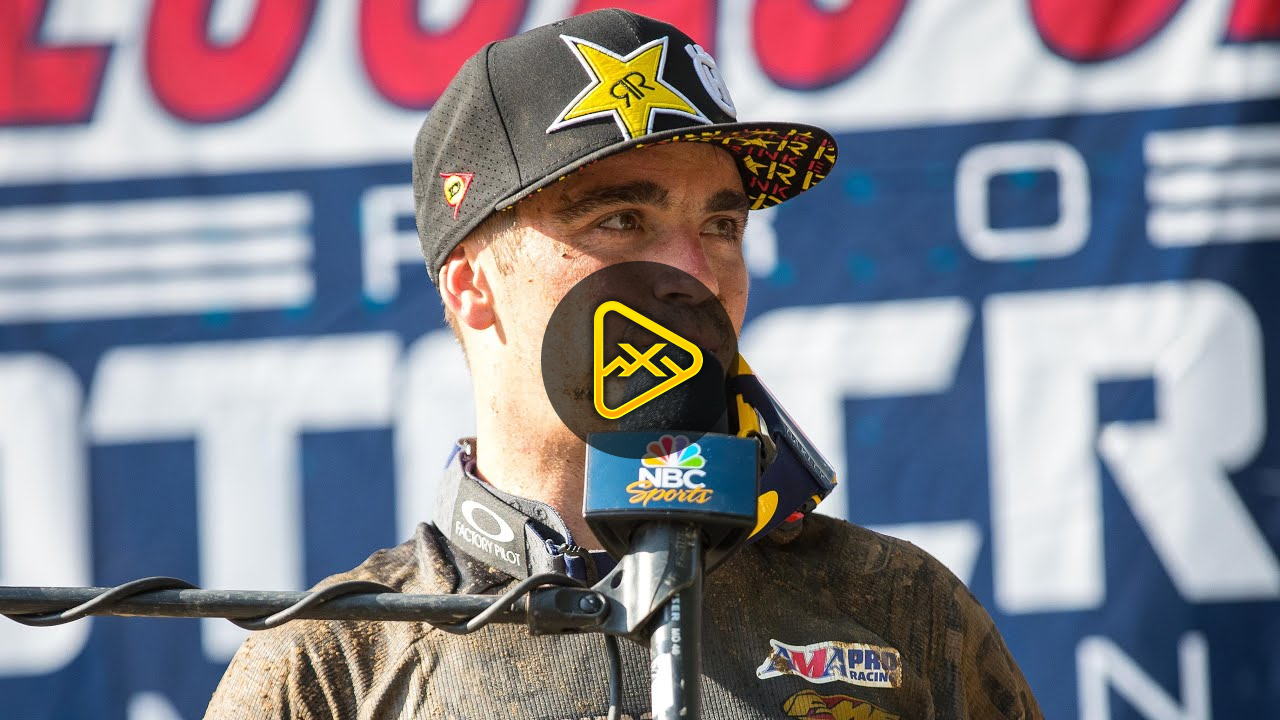 In the 450 class during the second round of the Lucas Oil Pro Motocross Championship at Loretta Lynn’s Ranch, Zach Osborne took the overall win for the second straight weekend with Adam Cianciarulo finishing 2nd with his first-ever 450MX podium and Marvin Musquin grabbing the third step on the box. When the racing was over, AC and Musquin had to catch a flight so Broc Tickle—who finished 4th overall—and Max Anstie—who led most of moto 2 and finished 5th overall—filled in with Osborne to record a media Zoom call. Dan Lamb from MotoXAddicts was in the call but, as you will hear, struggled with internet issues due to being in the middle of nowhere