After Jett Lawrence took out Michael Mosiman last weekend during the Houston 3 SX main event, everyone knew we might see some on-track justice tonight in Indianapolis and it didn’t take long. On the very first lap of their heat race with Lawrence leading and Mosiman 2nd, we saw that on-track justice with the #42 sitting the #18 down in nearly the exact same style of block pass Lawrence used on him in Houston.

When asked after the heat race if it was payback for last weekend, Michael said: “I’d say so. He got me pretty good. Rubbing is racing and I needed to let him know I’m not going to roll over.” If I’m Jett, I’m feeling lucky it was in the heat race and not the main event. Mosiman went on to win the heat race with Lawrence remounting and finishing in second.

You can watch tonight’s video and the video from their run in last Saturday night below. 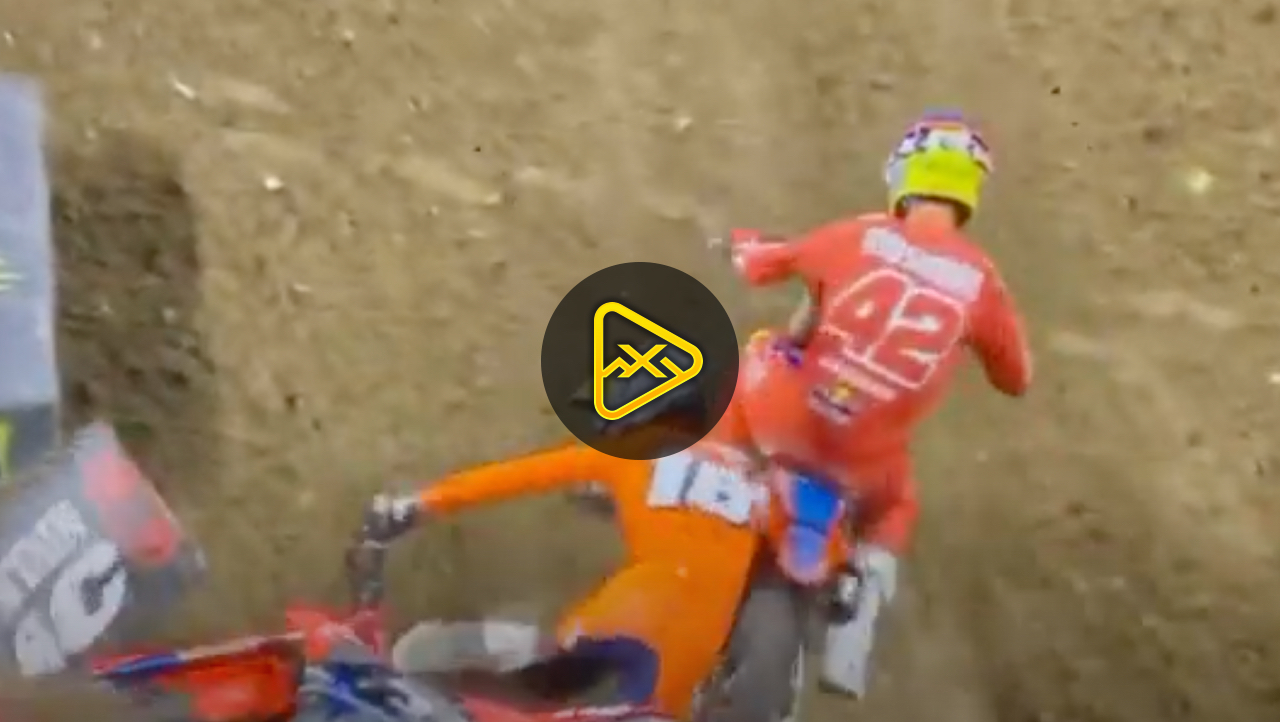 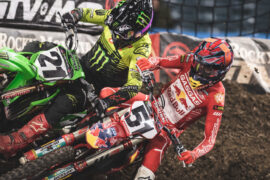 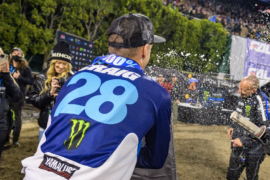 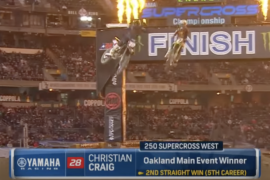