Late in the 450SX main event at the Indianapolis 3 SX earlier tonight, Justin Barcia was running third and looking to secure his third podium of the 2021 season with Eli Tomac stalking him, but the #51 ran into some painful trouble while trying to lap Vince Friese—who, even by his own infamous standards, has been an especially hazardous obstacle so far this year.

While trying to lap Vince, Justin got into the back of the #40 and hit the ground hard, leaving Eli Tomac nowhere to go and collecting the #1 as well. Eli was able to remount relatively quick and rejoin the race to finish 7th while Justin was not so quick and crossed the line in 19th. In the end, it was a tough blow to both Eli and Justin when it comes to their Championship hopes. Eli came into round 6 trailing the points leader, Ken Roczen, by just 14 points and left trailing by 24 points, while Justin came into round 6 trailing by 20 and left trailing by a massive 42 points.

You can watch the crash in the video posted below. 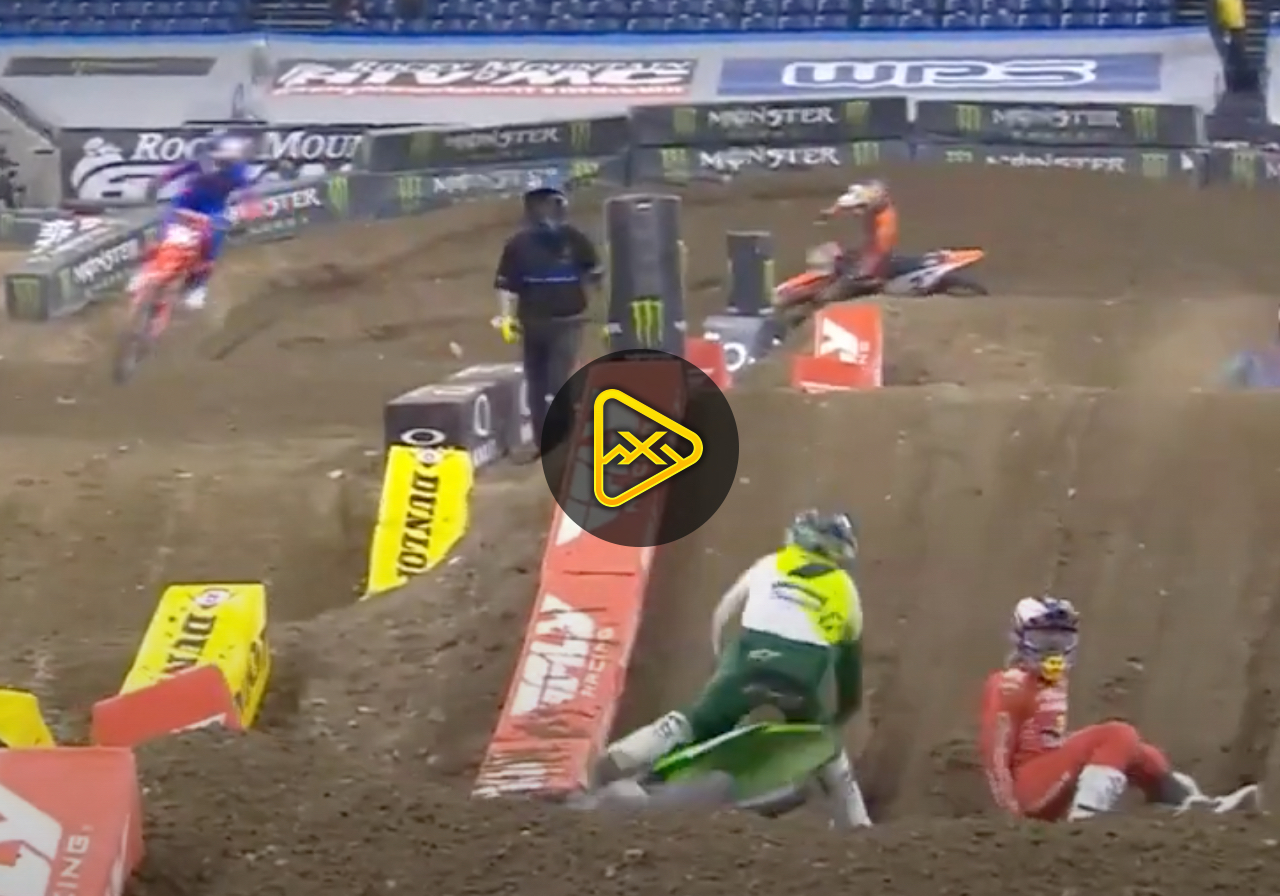