Should Vince Friese be Penalized?

With just a few laps to go in the 450SX main event at the Indianapolis 3 SX last weekend, Justin Barcia was running third—well on his way to a third podium of the 2021—and Eli Tomac was close in-tow, but the #51 found the SX supervillain, Vince Friese. The top two got around Vince, but he chose not get out of the main line for Justin and Eli and when the #40 cross rutted, he jumped right into the Justin’s line and took him down. When Justin went down, Tomac had nowhere to go and the #1 was collected in the crash as well. Justin’s 19th place finish effectively crushed his title hopes and Eli’s 7th will have the #1 climbing a very uphill battle.

This is the second time in ’21 that we’ve seen a lapped rider seriously change the outcome of a race, so Tyler Monks—a former professional rider—asks the question we are all pondering: should Vince Friese be penalized? My personal opinion: I do not think you can penalize Vince in this situation without a change in the rulebook, but we need to take a long hard look at the rule book and figure our some kind of deterrent for what we consistently see from lapped riders in SX. Watch Tyler give a very fair-minded take on the incident and his opinion on the penalty question below. 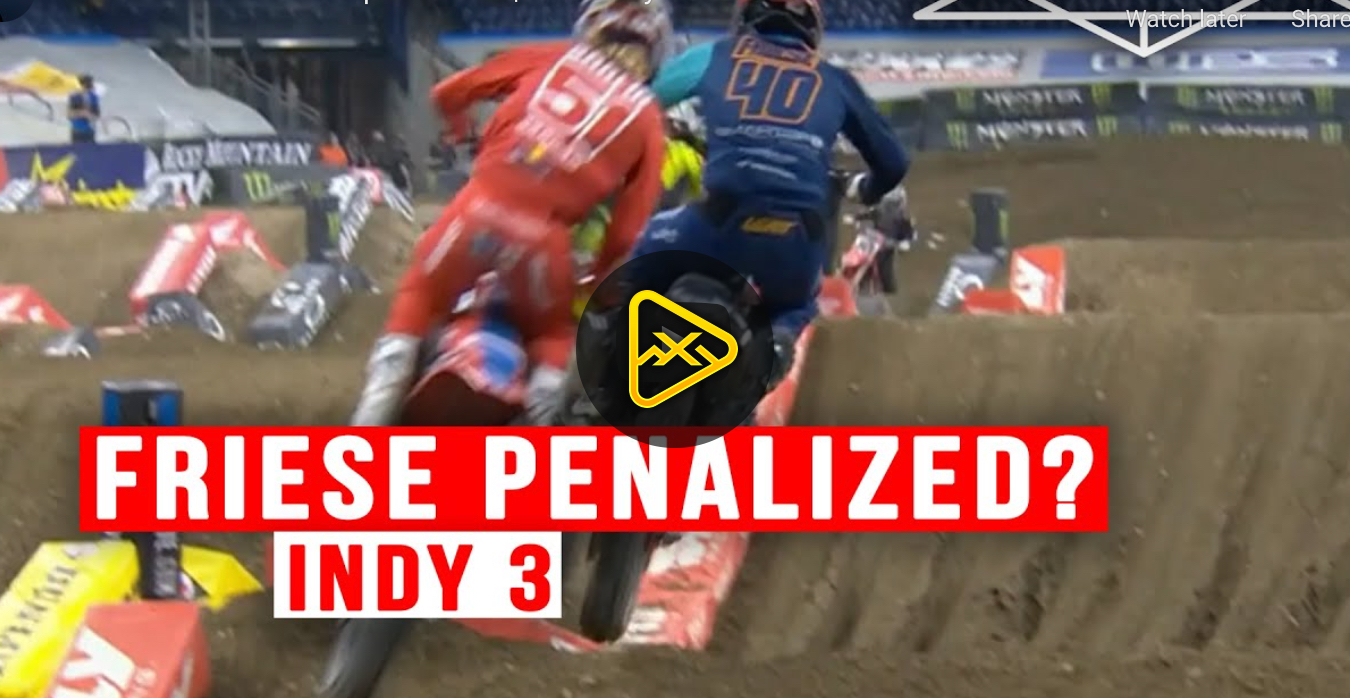