The Cooper Webb vs. Ken Roczen rivalry has heated during the first 12 rounds of the 2021 Monster Energy Supercross series and, so far, Webb has come out on top more often than not in the head-to-head matchups. With Cooper having six wins this season and Kenny having just three, Cooper currently leads the 450SX Championship by 15 points heading into a two weeks break before the home stretch. After a hard fought battle at the last round in Arlington, Cooper and Kenny joined members of the press today for a zoom interview.

Click play below to hear from the two Championship combatants. 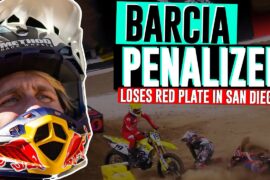 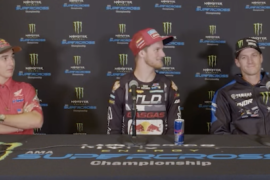 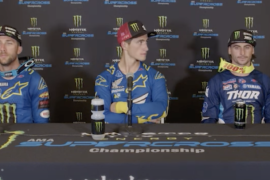