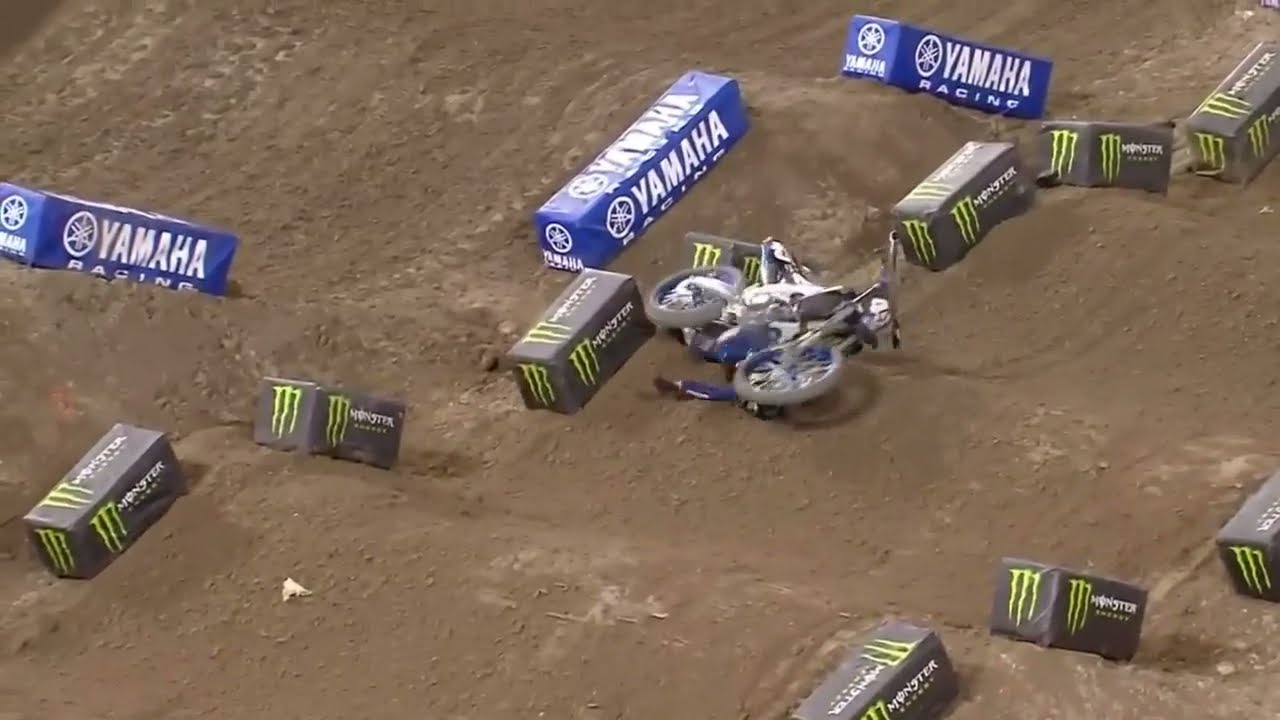 During the very first heat race of the 2022 Western Regional 250SX Championship, the 2021 Eastern Regional 250SX Champ, Colt Nichols, went down hard and likely ended his SX season early. It was going well for the #45 early in the heat race with the Star Racing / Monster Energy / Yamaha rider passing his way into the lead on lap four, but on the very next lap it all came to an end with Colt going over-the-bars in one of the Anaheim 1 whoop sections.

Early word from the track has Colt breaking both arms and injuring his hip in the crash, but no official word from his team has been released at the time of this report. We wish the Oklahoman a quick recovery and we hope to see him back before the end of the SX season but we will have to wait for word from his team on the full scope of his injuries.

You can watch video of the brutal crash by clicking below.